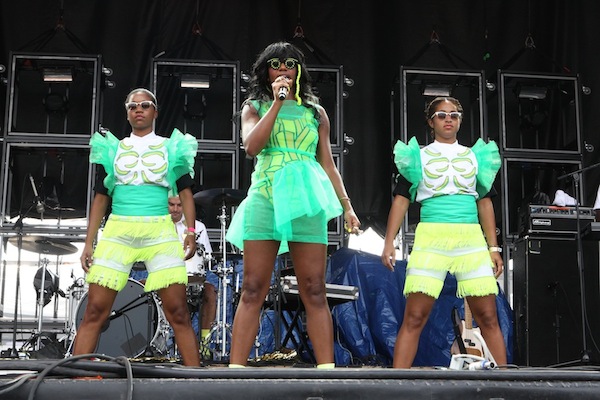 Santigold, it seems, was intent on putting on a show at Osheaga yesterday. While many non-headliners are tasked with condensing sets and paring down the “flash factor” in the name of logistics, the American wonder woman, neé Santi White, took it easy on the sacrifices: she wanted to give you everything.

Starting appropriately enough with “Go!” (the opener on this year’s new Master of My Make-Believe), Santigold had her band in full costume (green knee socks FTW), with dancers and auxiliary fun – think hypnotic umbrella props and a quasi-horse mascot – to match.
Wasting no grooveable second the mistress of foreign sounds that mate with pop backbeats launched into a trio of singles from the 2008 debut that took her viral, including “Lights Out” and “L. E. S. Artistes.” Blessed by what was basically the only sunlight all day, the crowd flocked – in numbers that even surprised my diehard-fan friend – to dance and scream and flex their musical credibility (looking at you, sorority girls). The show is infectious, energetic, with a little bit of that in-your-face pro candor. Actually, I never realized how much Santigold reminds me of Gwen Stefani live.
Most of the 11-song set came from her latest record, including a great rendition of “The Keepers”, which is slated to be her next single. By “Creator”, there’s a full crowd onstage. (“But you can’t take pictures if you’re up here,” she instructs the star-struck.) Wait, what’s that? A costume change! (The first I’ve seen all festival.) After a cover of Major Lazer’s “Hold The Line”, Santigold takes us home with a consistent performance of the newer tracks that show why you still love her. 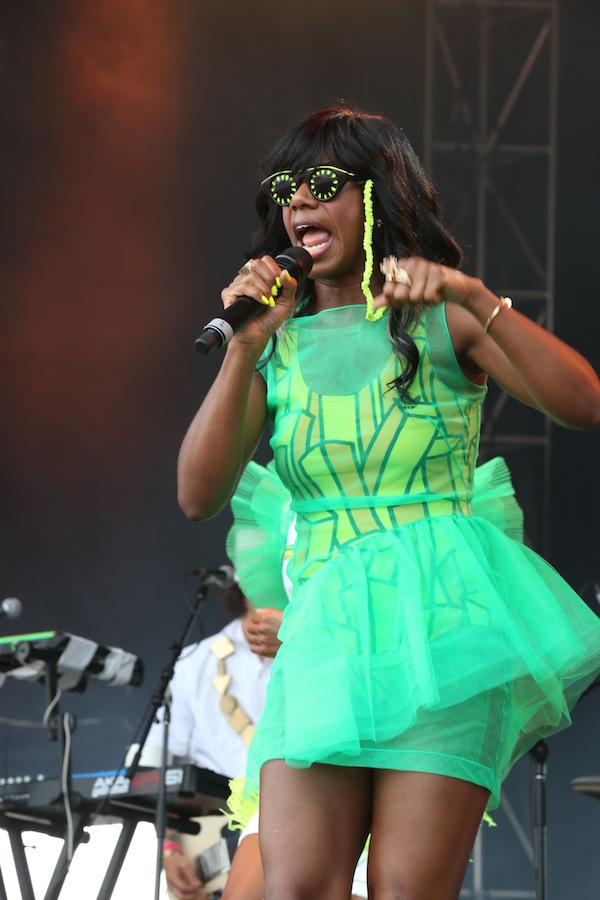 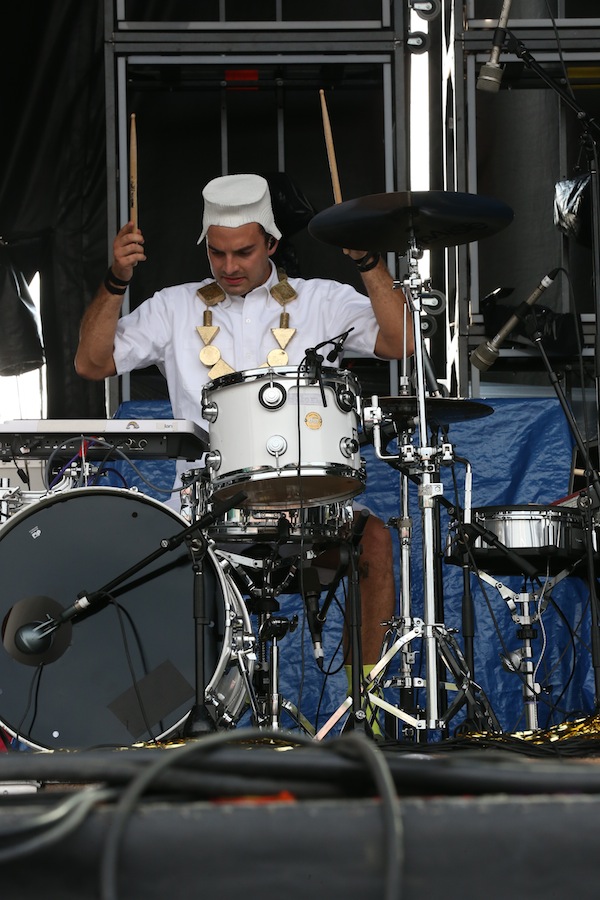 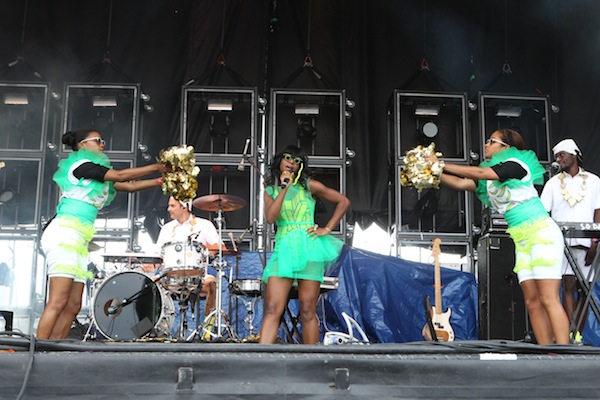 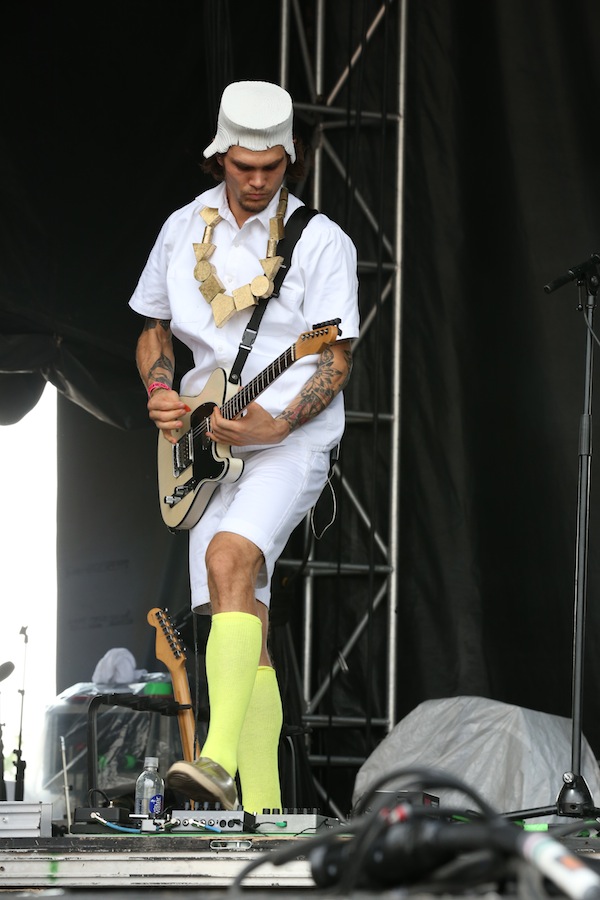