Kandle Osborne is musical progeny. Her father, Neil, fronted the band 54-40, and produced her eponymous debut EP, which saw a physical release earlier this summer. The Victoria, B.C. native is an accidental rising star, learning to play the guitar in her teens after a friend taught her. She played in a band – the Blue Violets with her sister, Coral – and began writing songs for their sporadic shows, remaining a supportive player on stage.

But you can instantly tell the moment you see her live that she was born to step forward to the mic stand. After a move to Toronto and some time in Montreal, Kandle returned home to hone her vocal and songwriting skills with her father, and together they began work on her first official collection of solo songs – and they’re goooood.

Kandle has a cavernous voice, and, if not in the comfort of a small bar, an afternoon show flanked by trees is exactly the way you should see her. Her music has been described as “smoky, swampy and folky,” but in person, she seems less tortured than she sounds and sounds older than she looks. After all, her Bandcamp bio is simple: “How did a twenty one year old from Victoria BC get so wise? Instead of selling her soul to the devil, she met the crossroads early in life, choosing the path of song.”

And although she played her first solo show with a live backing band, oh, like a year ago, she’s been hard at work on keeping people interested with her seven-ish-song set. She just returned to Montreal, her permanent home base, after touring Europe and Canada, with dates supporting Coeur de Pirate and The Jezabels. She sounds better live, less produced, and the stage seems to set her free, despite earlier aversions. More importantly, you can tell she’s not interested in being a persona, but just playing good music, especially when band chemistry clicks on tracks like the stellar “Know My Name.” (Plus, having Broken Social Scene’s Sam Goldberg back her is just so right.)

And it’s still all in the family: Kandle plays a new, new song, “She Don’t Want Me”, because it’s her sister’s favourite, even though “none of [them] want to.” It allows her to show off her musical talent, both vocally and as a musician, which will only get better by her first full-length release by early 2013 (fingers crossed). 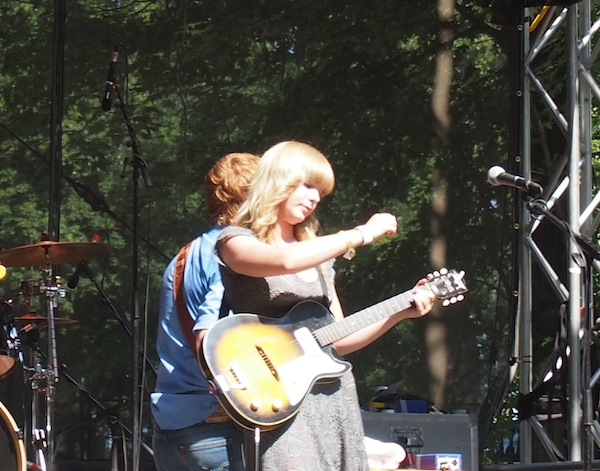 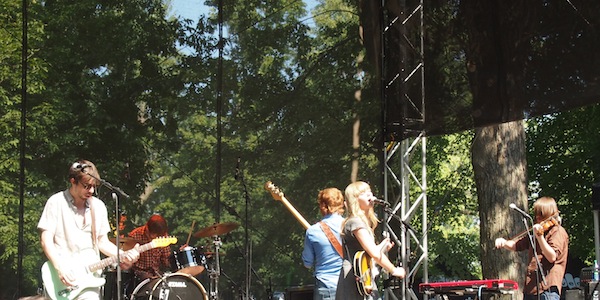