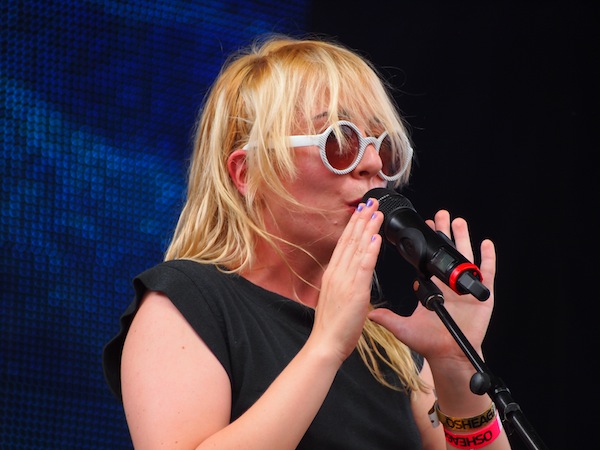 We started off the Sunday before the rain hit at Osheaga with one of our favourite Toronto bands, Austra, over at the green stage. Although we couldn’t stay for their entire set due to an over laping interview with Bloc Party, Katie Stelmanis and her crew really brought their signature flair and energy to their set.

Quite different to the last time we caught them at The Phoenix for a homecoming show late last year, they’ve seemed to drop the bohemian spiritual appearance, with the exception of one dancer who still wore a seashell crow. Going for a hipper, riskier look,   no doubt on account of their constant touring, they still managed to keep their signature dance moves matching each songs tempo perfectly.

It seemed almost fitting when the sun peaked out during their set because it changed the atmosphere of the bands overall presence on stage. In a darker setting, their live set can be a bit slow and moody, but in the sunshine, it had a dreamy bouncy affect, much like rain. Stelmanis’ vocals shone over the top of the synth punctuated rhythms of “The Choke” as she flapped her hands in the air perfectly to each beat.

Other stand out tracks were “Lose It” and “Beat And The Pulse”, off last years breakthrough album Feel It Break, which the crowd really got down with. Take a look at some of our photos taken during Austra’s set below. 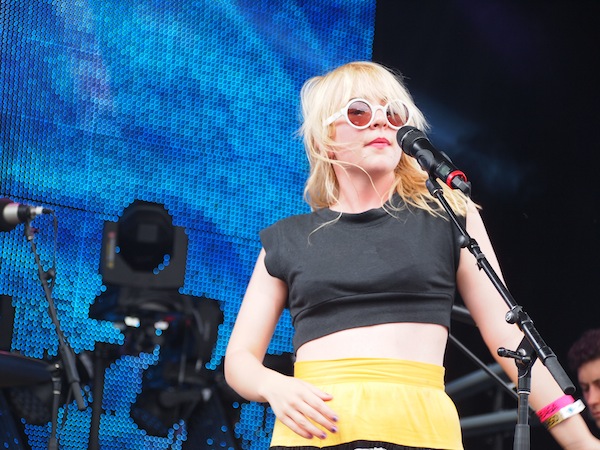 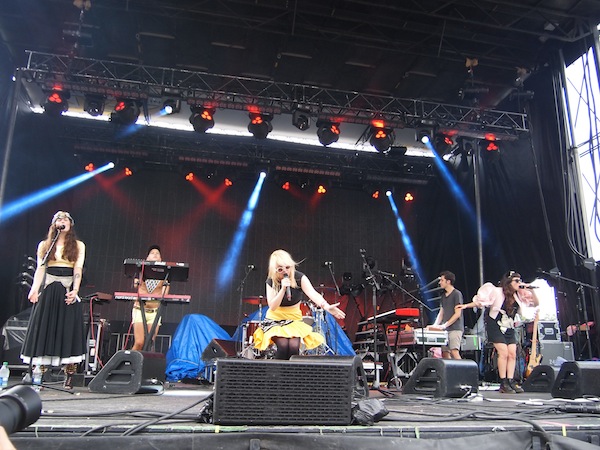 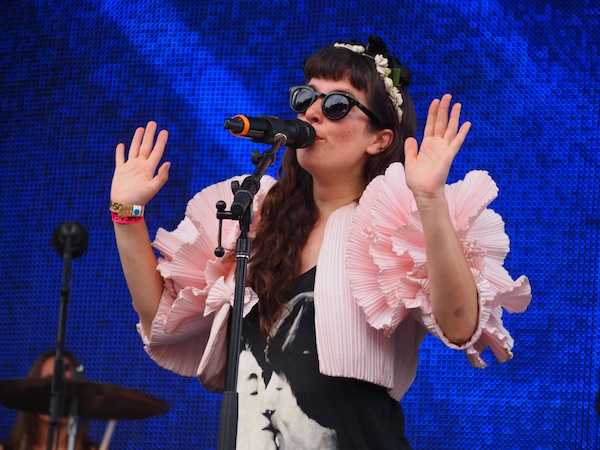 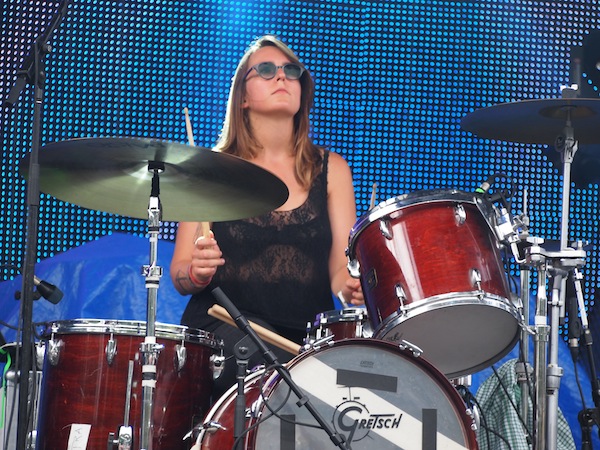 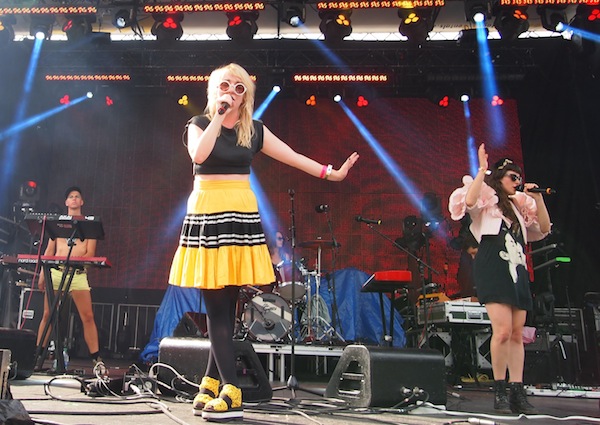 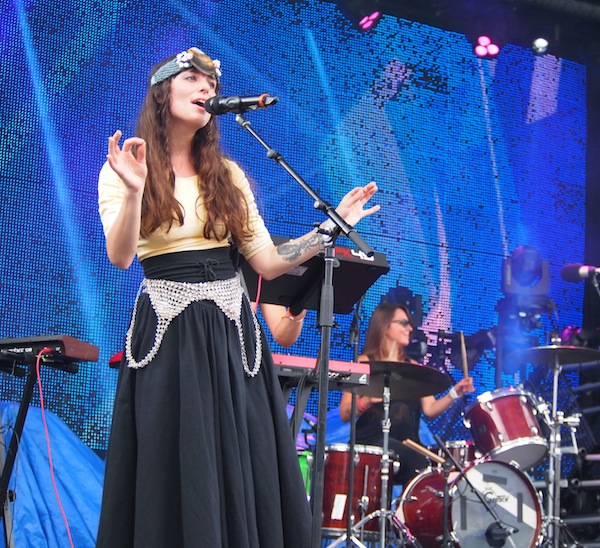