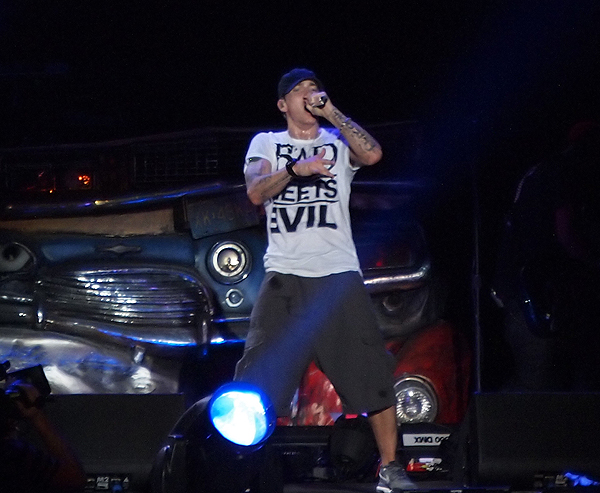 Definitely THE highlight of the Osheaga 2011 Music Festival was the headlining performance from Detroit Rap City’s Eminem. Slim Shady took to the massive Scène de la Rivière performing to a record breaking  38000 people on the tiny island of Parc Jean-Drapeau. Performing mostly hits form his Recovery LP, with a sprinkling of older classics, Em also brought out long time friend and recent collaborator Royce da 5’9 to “Fast Lane” & “Lighters” from the Bad Meets Evil Hell: The Sequel album. As a long time hip hop head, it was an incredible experience to see Royce and Em on stage together. The show was great, HOWEVER, there were some audio/mic troubles, which although being somewhat annoying when rapping along to the song, no one really minded as Em did what he does best. Check out the pictures below. 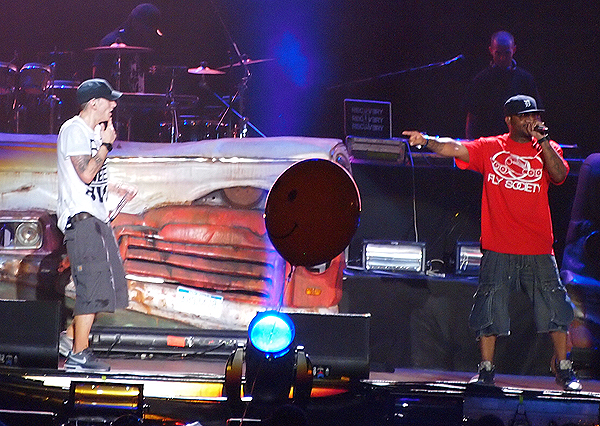 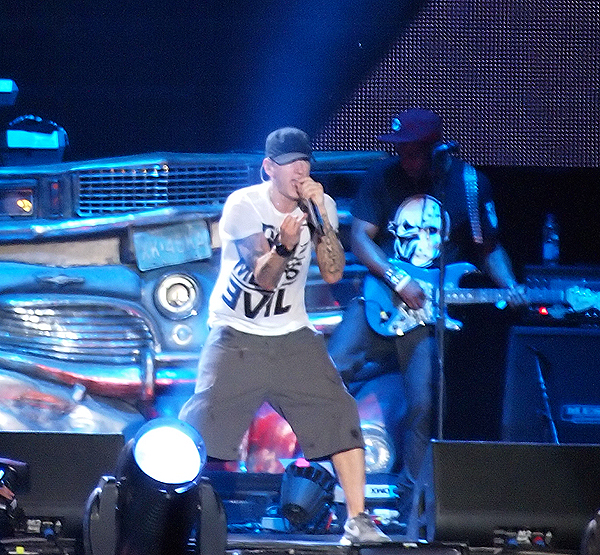 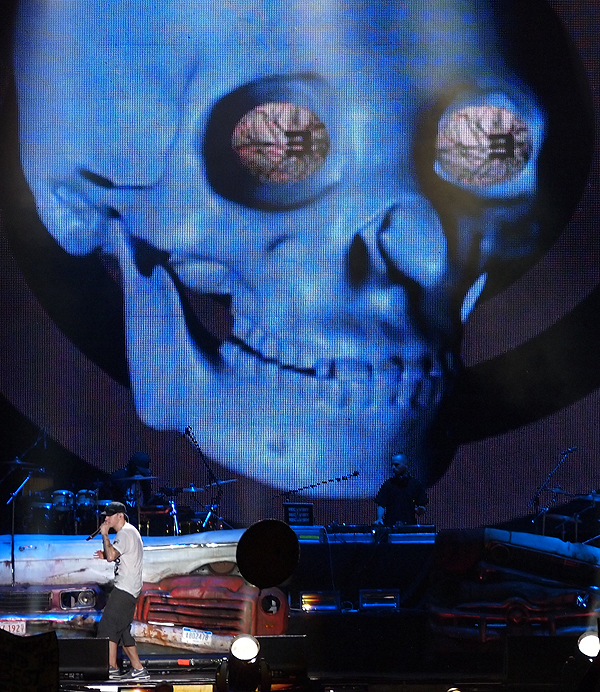