We knew day one of Osheaga was going to be a tough one to top, seeing as we were still high off Arcade Fire’s fumes from the night before when we arrived on the island the second day.

The Morning Benders and Ra Ra Riot were our top two bands of the day.

Both playing the medium-sized wooded “Tree Stage” (our favourite shady stage), we rushed over in the last few minutes of Major Lazer to make sure we caught the whole Morning Benders set.

It was our second time seeing them (since they played with Broken Bells) but we can never get enough of their irresistible front man Chris Chu’s soft humble voice. We’ve been big fans of their latest album Big Echo for a while now, so we were glad they played it almost completely in an otherwise time sensitive festival set.

Later on in the evening, we had the pleasure of taking in Syracuse indie poppers Ra Ra Riot, whom we’ve been simply smitten with for over a year and even more so now as we count down the days till their new album drops at the end of this month.

Probably our most anticipated show of Day Two, we were absolutely brought to tears at points within the set, unable to control our full on lip-syncing. Their live sound was just as sparkling as it is on their record, yet far more emotive to watch in real life as each instrument melded together to form a good mix of old and new throughout the setlist.

Take a look at our photos below from our favourite two bands from Osheaga Day Two. 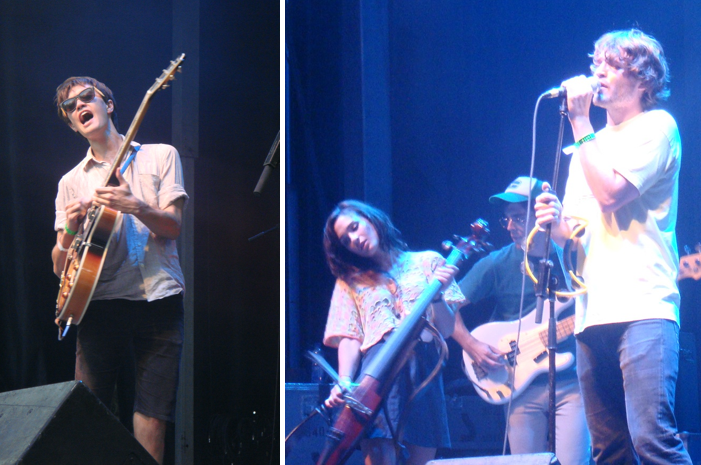