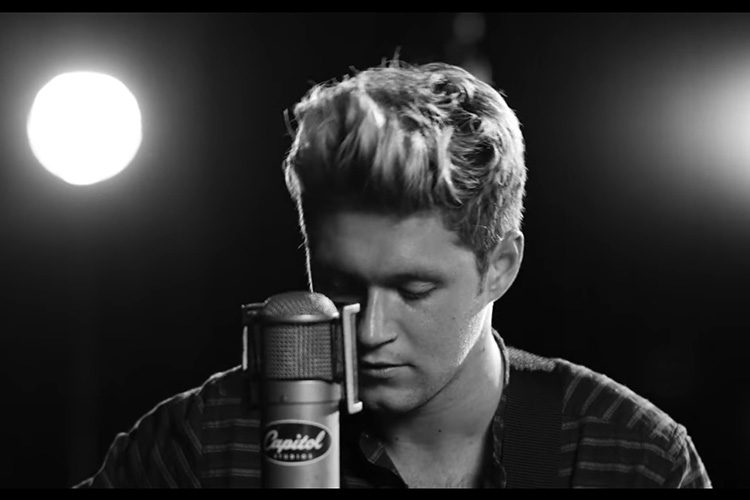 One Direction fans are getting a lot this week. Harry Styles shared a 48-page spread in Another Man magazine with an accompanying interview and now Niall Horan formally announced his Capitol Records deal with his first solo single, “This Town.”

Filmed at Capitol Studios in Hollywood, the “1 MIC 1 TAKE” acoustic performance highlights something Horan has never been credited much for, his voice. It seems like he either got a vocal coach or is finally getting to shine because the stripped down song sounds good. This is obviously unlike former bandmate Zayn Malik’s R&B tracks and likely to differ from Liam Payne’s forthcoming project, also on Capitol. Harry Styles reportedly signed an $80M deal with Sony/Columbia this summer so we don’t know what sound he’s going for yet.

@NiallOfficial good luck boss give him all your support huge day for him proud of you boss ??

As the first band member with a track out of the gate, Horan is staking his claim on the Ed Sheeran-sounding side of things, which suits him very well. Maybe there’s a Sheeran/Horan tour in the works? We’d be there.

Listen to “This Town” above.