On The Rise: Lucy Rose 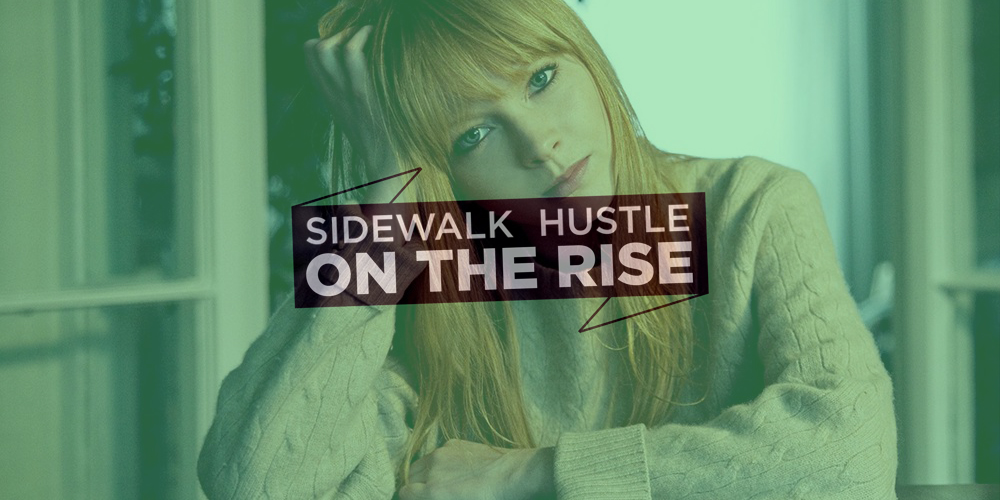 It might be a bit unfair to consider Lucy Rose an On The Rise artist. After all, she’s got two studio albums under her belt, 2012’s Like I Used To and this summer’s Work It Out. Her songs have been on popular TV shows like The Vampire Diaries, Skins (R.I.P.), Girls, and Catfish. Yet, we don’t think enough people are talking about Rose or her beautiful sophomore album. If you haven’t heard her solo work (yet), you might recognize her ethereal vocals on Bombay Bicycle Club’s A Different Kind of Fix. She also takes merch to another level by selling her own brand of chocolate and tea blends at her shows.

Vogue magazine called her a breakout star back in 2011. Like many aspiring musicians, she packed up her guitar leaving behind her small town and heading for the big city. Rose’s battle was perhaps more uphill than some of the fabulous success stories you hear about. When she got to London at age 18, she didn’t even know who Neil Young and Joni Mitchell were, two legends she’s often likened to.

She was meant to be studying Geography at University College London but instead she was earning another kind of education singing to mostly empty pubs for a while beforeBBC’s Jack Steadman tapped her to sing backing vocals. With strawberry blonde hair and a decidedly folk debut album, it’s incredible to think she arrived at those sounds without the standard folk canon as influence. (She later got into Bob Dylan, James Taylor, and more).

Rose didn’t get signed to Columbia/Sony until Like I Used To was almost done. It was made on a ridiculously small budget and produced by Charlie Hugall (Ed Sheeran, Florence and The Machine). She went back to Warwickshire and recorded it in the local town hall, bringing in musicians she found on Facebook.

Although Work It Out employs that same DIY method, with maybe some more money, it’s a far cry from her folk debut. It’s an exploration of herself and a pop sound, but she didn’t drown it in synths. Fans of her earlier work can get into songs like “My Life” and “Into The Wild.” Rose also wrote it entirely by herself, refusing to employ a co-writer. “It’s about arguing, constantly fighting, being told that what I’m producing isn’t good enough,” she told The Independent. “You get to breaking point and you say, ‘this is who I am’, and you fight it but it takes a huge amount on your mental stability to keep arguing that you’re good enough to do this.”

Despite being called the next Laura Marling, who can take down pretty much anyone with her pen, some think Lucy Rose is too lovely, not gritty enough, which is certainly not a criticism you hear lobbed at dudes. In Rose’s case, lack of aggression or noise doesn’t necessarily mean she’s just a pretty English rose.

On The Rise is our spotlight series on new and emerging artists. We last featured Grace Mitchell. Stay tuned for next week’s On The Rise artist!