On The Rise: Hey Violet 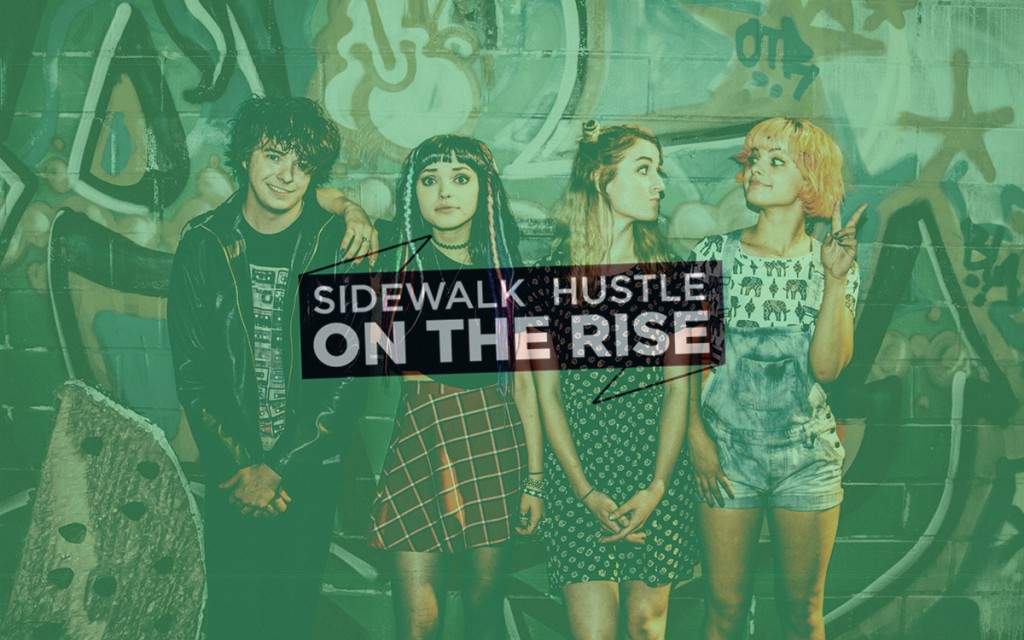 Hey Violet are a pop rock foursome from California who have been making music since 2008. That doesn’t seem like a long time ago for some of us who remember what the hottest song was that year (pretty sure it was “Low” by Flo Rida). Back then, they were called Cherri Bomb, not after The Runaways song. Fast forward to 2013 and they’ve changed their lineup. Julia Pierce left and touring guitarist Casey Moreta became a permanent member. Since signing with Hi Or Hey this year, 5 Seconds of Summer’s partnership with Capitol Records, the band have gone on to tour with the Australian pop punk outfit in North America and Europe. Sisters Rena and Nia Lovelis, Miranda Miller, and Moreta seem to have finally hit their stride and hey Violet have just announced a UK and European headline tour.

For a band with such a huge social following from the outset, they seem pretty down to earth and very connected to their fans. 5SOS’ Rock Out With Your Socks Out tour was sold out in most cities, providing valuable exposure for the band. Hey Violet even played free acoustic sets for fans outside the venues. We know what hustle looks like, and this is it. They’re also budding YouTube stars. Instead of just throwing official music videos on their channel, they use it as a means to further communicate with fans and give them a glimpse of their life as a band. Drummer Nia even posted a tutorial for their single “I Can Feel It.” Seems ridiculous in 2015 to be in awe of a rock band led by mostly women, but yeah, we’re kind of obsessing over it. We really hope young girls pick up the sticks after seeing Nia live.

Hey Violet’s “This Is Why” was actually the first single ever released on 5SOS’ label, a direction we’re pretty excited to see the band take. The four Aussie boys have spoken about wanting to hear guitar-driven music on the radio more often and Hey Violet’s songs provide a heavy dose of that. The fact that they’re supporting women in rock as well as inspiring young girls to take up an instrument is pretty awesome. Hey Violet’s music is fun, fast-paced at times, and plays out like the soundtrack to your teen years. We kind of miss that. Certain songs remind you of a time period, a relationship, or a moment. Someone, somewhere is out making memories with their friends to Hey Violet songs. That’s pretty sick.

From the hangout in Charlotte yesterday!!❤️?

Hey Violet’s EP I Can Feel It is out now via Hi Or Hey.

On The Rise is our spotlight series on new and emerging artists. We last featured Heems. Stay tuned for next week’s On The Rise artist!