On The Rise: Dreamers

Have you heard of LA-based three piece Dreamers? You will soon. The indie-pop dudes have been putting in work and are ready to take over the radio.

The boys first met in Brooklyn, while between bands. Made up of guitarist/vocalist Nick Wold, bassist Nelson & drummer Jacob Wick, the trio first made a scene back in 2014 when they independently released their self-titled debut EP. They have since returned, ready to hit the mainstream with their EP You Are Here and catching attention with their breakout single “Wolves (You Got Me).”

Now, Dreamers call LA home and are set to release their debut album This Album Does Not Exist, due out later this summer. Co-produced by Kevin Augunas (Edward Sharpe & The Magnetic Zeros, Cold War Kids), the recording process was a memorable one for the boys. As Nick Wold told Billboard…

“This was a dream come true for us, as [Fairfax] is the studio where some of our favorite artists recorded: Tom Petty, Neil Young, Nirvana, Rage Against the Machine, and so many others. The last year and a half has been a surreal journey, from a self induced houselessness, living in a practice space in Brooklyn for 2 years, to circling the US four times in a small van, seeing countless cities and meeting incredible people everywhere we went.  It gave us a new perspective as a band, and we finally left our comfort zone to embrace movement and change. This Album Does Not Exist is a blurred culmination of all our strange influences and varied experiences. I guess you could call it our dreams.”

Their latest single is titled “Sweet Disaster” and is a sweet playful indie-pop romp. When we asked them what themes inspired the upcoming album, Nick Wold responded…

“Life. Love. Being. Thinking. Drinking. A lot of my songs have been very existential and cerebral, this album is a more summery or fun summery take on that to me. Like a sad person’s happy moment.”

The debut album by Dreamers, This Album Does Not Exist, comes out August 26th via Fairfax Recordings. You can pre-order it here & check out the album trailer, album art, track list & tour dates below. 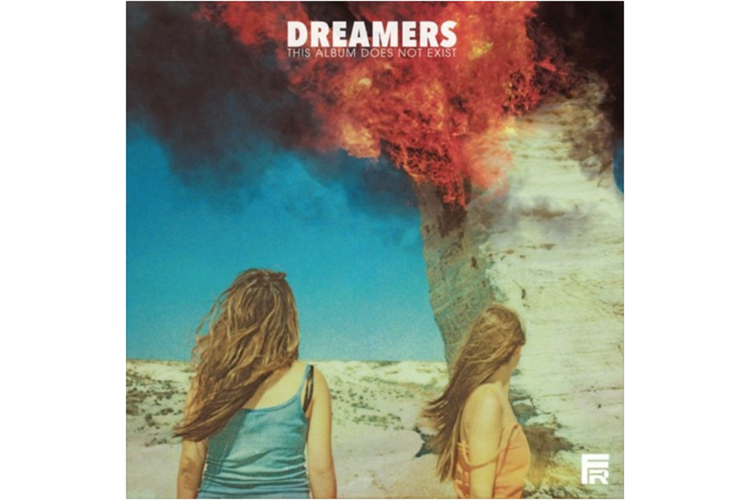 Track List:
Drugs
Never Too Late To Dance
Sweet Disaster
Pain Killer
Wolves (You Got Me)
Cry Out For Me
Lucky Dog
Shooting Shadows
Last Night On Earth
To The Fire
Come Down Slow
Little New Moon

On The Rise is our spotlight series on new and emerging artists. We last featured Hooded Fang. Follow our series to find out who’s our next On The Rise artist!