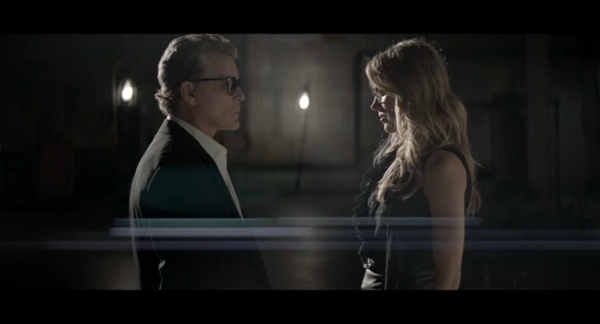 Classic Los Angeles eyewear brand Oliver Peoples has released their 2013 campaign short film entitled “Stage 9” staring Ray Liotta and Bar Paly. The two-minute piece captures a cinematic moment laced with sexual tension shot on Stage 9 of the famed Sony Studios lot in Culver City, California.  The campaign was shot by photographer Patrick Hoelck who highlights and emphasize the two styles of special edition frames, XXV-RX and XXV-S, that pay homage to the twenty-five years Oliver Peoples has been in business. Watch below.