Oh Kanye West… You Are the Man! 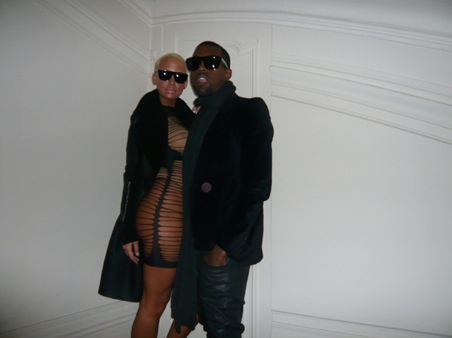 Did anyone else notice the serious lack of Kanye West at the 52nd Grammys last night? I know I certainly did. Especially when they announced the nominees for best rap song and three of the five songs were produced and featuring him. His gianormous ego aside Kanye West IS a musical genius. Seriously listen to any of his four albums, genius! Three of the best, well-rounded hip hop albums of all time, and one “experimental,” emotion-evoked album that was so flawless in its execution that it’s still bumped on regular. Yes he has had outbursts and moments of bad form, but WE all have. I know I have, it is just that no one has a camera on me all the time, and I don’t have a voice that literally reaches tens of millions of people (my audience is a smidge less) but I still state my feelings as I feel them. Good for him for being able to say what’s on his mind. I wish we all could do it more often. If we did, maybe some one would have said something about the Drake/Eminem/Lil Wayne “Forever” performance being bleeped incessantly when no one was actually swearing. Oh, and where was Kanye during that song? The song he has a verse in? He was partying like a rockstar in Paris at Fashion Week. Good for him, I would rather be in Paris during Fashion Week then be at the Grammy’s, even Diplo who was there was tweeting his shock at the nights proceedings and lack of Kanye.

Well Mr. West has kept a fairly low media profile ever since he interrupted Taylor Swift at the VMAs, but I am happy to announce that his self-imposed silence is now over. On his blog, Kanye posted the above photo of himself with girlfriend Amber Rose after their whirlwind, fashionista’s wet-dream vacation as well as an all-caps rant! It is a good one to, he touches on fashion bloggers, mothers lifting cars off their babies, Catholic school teachers, and African kings, but most importantly, for us, is that he also mentioned a new album! You can read the rant in its entirety below, and I do recommend you do.

“WHEN IT’S ALL SAID AND DONE, REMEMBER THE FEARLESS, REMEMBER THE DREAMERS, REMEMBER THOSE WHO REPRESENT THE GHETTO…THE FAIRY TALE OF NOTHING TO SOMETHING. I’M BRIEFLY SADDENED BY NEGATIVE COMMENTS, BUT I HAVE TO REMEMBER THOSE PEOPLE ARE SCARED, INCAPABLE OR JUST PLAIN IDIOTS. WE ARE THE FUCKING ROCK STARS BABY. NO COCAINE, JUST LIFE MY NIGGAS!! NO COCAINE, JUST LIFE! IT’S FUNNY TO ME WHEN FASHION BLOGGERS DOWN OUR OUFITS AND THEN SUPER JOCK OUTLANDISH SHIT ON THE RUNWAY BUT THEN THEY DRESS MAD PRUDE AND DON’T LIVE FASHION. WE LIVE IT MAN. FUCK THAT, WE LIVE IT!!! WE LIVE IT SO HARD PEOPLE LIVE THROUGH US! WE REPRESENT YOUR INNER SPIRIT!! THE CHILD IN US ALL, THE BRUTAL HONESTY, THE NAIVETY, THE BRAVE WARRIOR, THE ADRENALINE THAT ALLOWS A MOTHER TO LIFT A CAR IF HER CHILD WAS TRAPPED UNDER IT! REMEMBER, THERE WAS A TIME WHEN EVERYBODY DISSED MICHAEL JACKSON EVERY CHANCE THEY COULD. IMAGINE THE PRESSURE OF BEING A TRUE ICON. VERY FEW HUMAN BEINGS ARE STRONG ENOUGH TO TAKE CONSTANT HATE!!! IF WE DON’T DO WHAT YOU FEEL IS THE SHIT, YOU BEAT US UP VERBALLY AND MENTALLY, LIKE A CATHOLIC SCHOOL TEACHER BEATING A CREATIVE STUDENT INTO SUBMISSION. I CAN HEAR YOU SCREAMING ‘COLOR INSIDE THE LINES!!!’ WELL FUCK YOUR COLORING BOOK, COLOR BY NUMBERS APPROACH TO LIFE. AT THE END OF THE DAY WHO ARE WE HURTING??? OH “THE NEW BLACK???” SINCE BARACK IS PRESIDENT BLACKS DON’T LIKE FUR COATS, RED LEATHER, AND FRIED CHICKEN ANY MORE?! WHEN YOU TRULY UNDERSTAND CULTURAL SETTINGS, BOUNDARIES, AND OUR MODERN DAY CASTE SYSTEMS, THEN YOU CAN FEEL THE GLORY AND PAIN FROM THE DAYS OF KINGS IN AFRICA TO THE NEW KINGS OF THE MEDIA. LET THE BALL PLAYERS DANCE AFTER THEY SCORE! IT’S LIFE MY NIGGAS, IT’S LIFE! REMEMBER CLOTHING IS A CHOICE. WE WERE BORN NAKED!!! FRESH IS AN OPINION, LOVE IS OBJECTIVE, TASTE IS SELECTIVE, AND EXPRESSION IS MY FAVORITE ELECTIVE. NO MORE POLITICS OR APOLOGIES!!!”