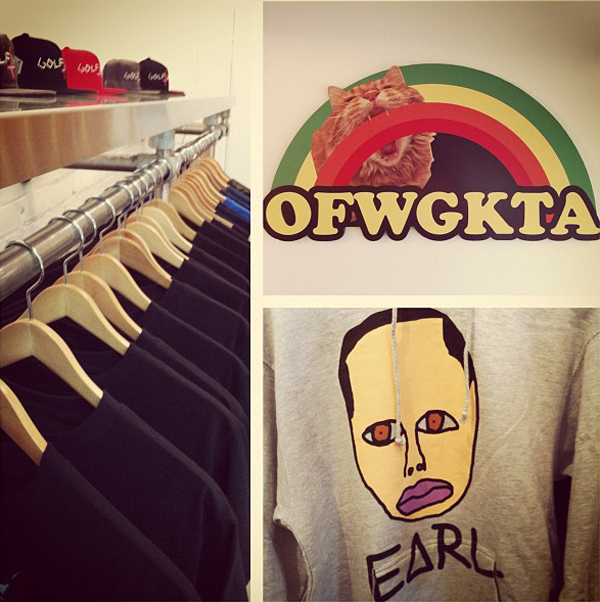 Yesterday the Odd Future crew stopped by Toronto’s Livestock clothing and sneaker store to step up their OFWGKTA “Sweatshop” Pop-Up Shop, before hitting the stage at Toronto’s Sound Academy. The in-store appearance was announced on Twitter and a couple of blogs (us) the day before the in store appearance, yet the minimal advance notice didn’t stop the masses. By the time the doors opened at noon, the line up of eager hopefuls went down and around the block, literally occupying half a city block. Being close friends with the owners of Livestock we were given the chance to get in through the back and to take a quick look at the clothing, which featured everything from hoodies, shirts, socks, pins, jeans, hats, skateboard decks and wheels, and everything in between.

The shopping experience was quick and a tidbit hurried, but that had more to do with the hundreds of people waiting to get in and Odd Futures security guard barking threats and time checks at the stores patrons. All the time Tyler, the Creator, Hodgy Beats, and a couple other Wolf Gang members lined the entrance/exit way giving out quick high-fives and comical quips. If you purchased something he was nice enough to allow you a second to get an autograph and maybe, just maybe a quick picture before being verbally pushed out the door.

If you didn’t get a chance to purchase a “OFWGKTA “Sweatshop” piece don’t worry, the pop-up shop will run until the end of the day Sunday March 18th. Now take a look at the pictures below, and notice the one at the bottom of MuchMusic VJ and lead singer of Fucked Up, Damien Abraham interview members of Odd Future. 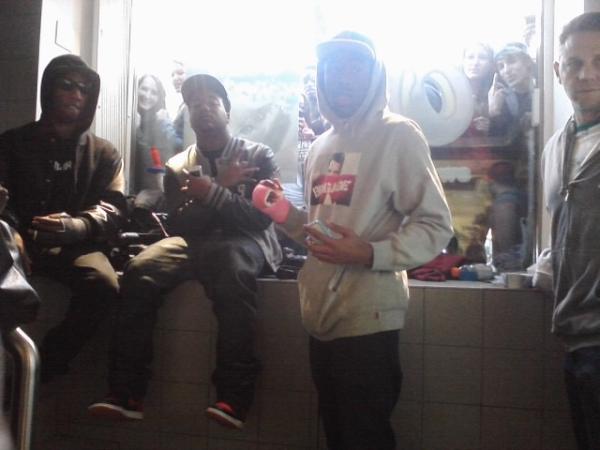 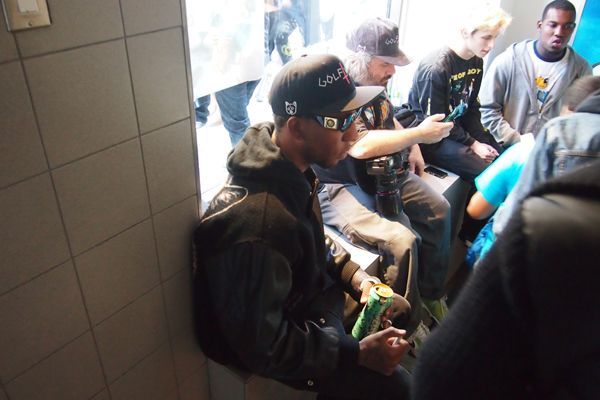 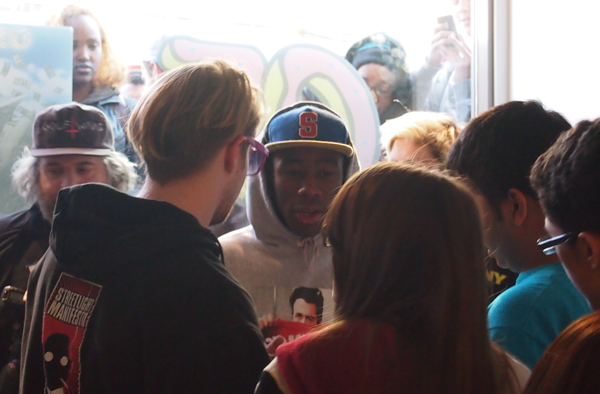 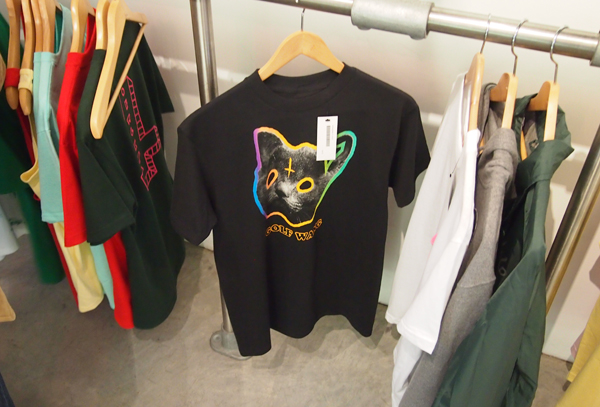 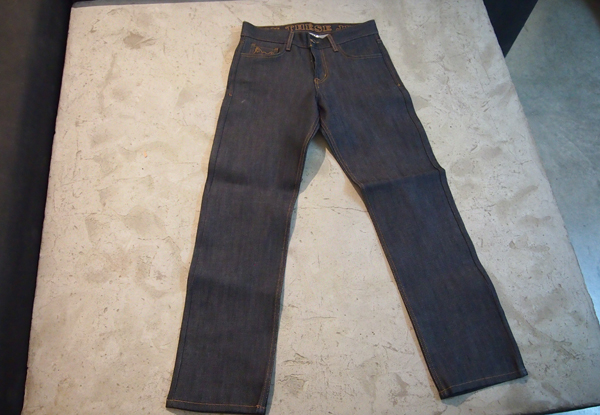 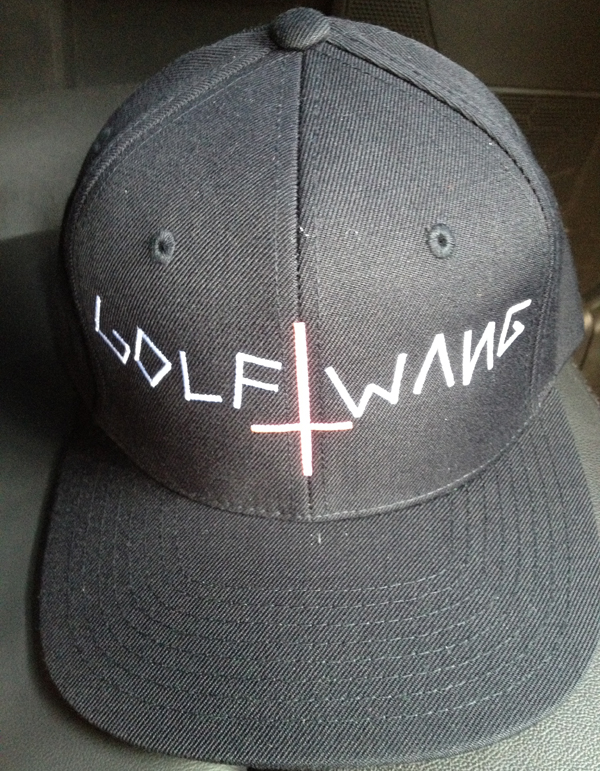 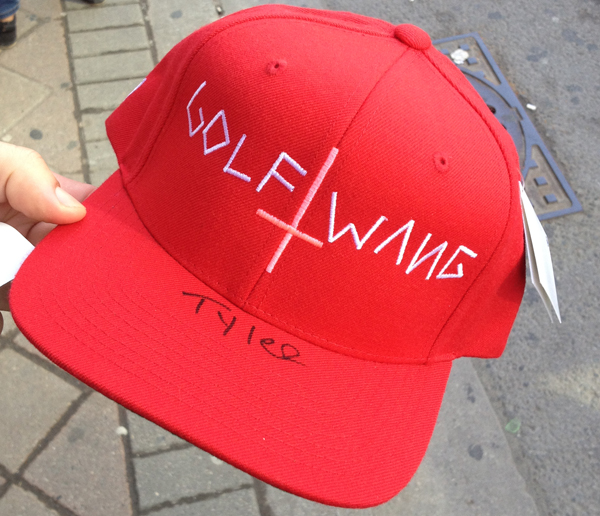 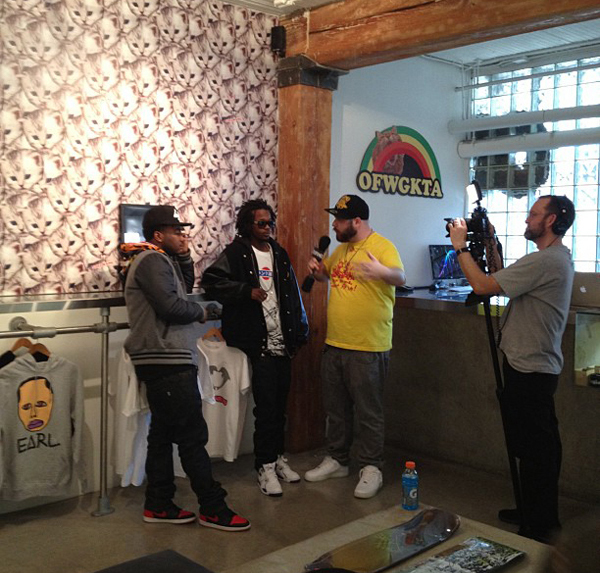