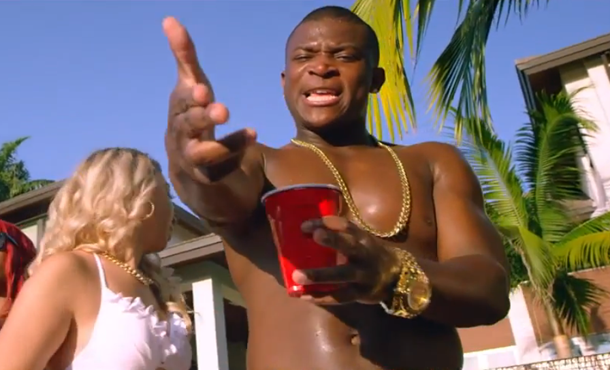 The smash hit, club banger and street anthem, “CoCo” has been climbing up the billboard charts and getting stuck in your head for a couple of months now, so rapper O.T. Genasis has decided to reshot the official video for the single. The original video features the Long Beach rapper playing with baking soda, guns, drugs, and booze, pretty much what you would expect from the lyrics. The new video features the Conglomerate Entertainment rapper racing around in an orange Lambo, hanging with bikini clad babes on white yachts under sunny skies. The Dre Films and Busta Rhymes directed video features camos Busta, Timbaland, DJ Khaled, Ice-T, and his wife Coco.

Watch both videos below.