Yesterday thousands of people flooded New York’s Madison Square Garden to take in the spectacle that was Kanye West’s Yeezy Season 3. We arrived to a giant dome that eventually revealed two large tarp covered platforms lined with thousands of models sporting Yeezy Season 3. Before the unveiling, the Kardashian’s casually walked out into their seats wearing all white (just rows from us), and Kanye followed onto the floor wearing his own merch, carrying a beat up looking laptop ready to chat candidly with the audience. He started by playing The Life of Pablo track “Ultra Light Beams” as the models filled up under the dome before the reveal, and was eventually joined by Pusha T, Young Thug, Kid Cudi, Travi$ Scott, Vic Mensa, and Virgil Abloh, Kanye and his crew danced around celebrating the album as the models (Naomi Campbell among them) stood, sat, walked around, and moved generally for over an hour and a half as directed by artist Vanessa Beecroft.

It was hard to tell from pretty much anywhere in the stands, but a crew of photographers and videographers walked through the models, capturing candid close ups of the models moving in the clothes. The palette was described by one commenter on our Instagram as “soup kitchen” chic, which isn’t totally untrue. The collection centred on earthy military influenced tones with minimal hair and make up on the models. On their feet was of course another season of Yeezy Boost 350’s as well an updated 950 boot, and some other adidas Originals.

Between songs Kanye raved about how supportive adidas has been to him and and ranted about Nike as people in the audience chanted “Fuck Nike” aptly building up to “FACTS.” A little later on he dropped a new Young Thug track as well as one from Vic Mensa and also shared his video game called Only One which “The idea of the game is my mom traveling through the gates of heaven.”

The whole event might have felt a little all over the place from the outside, but the energy inside Madison Square Garden on Thursday night was unlike anything we’ve ever had the pleasure to witness.

Check out a couple snaps from the show below. 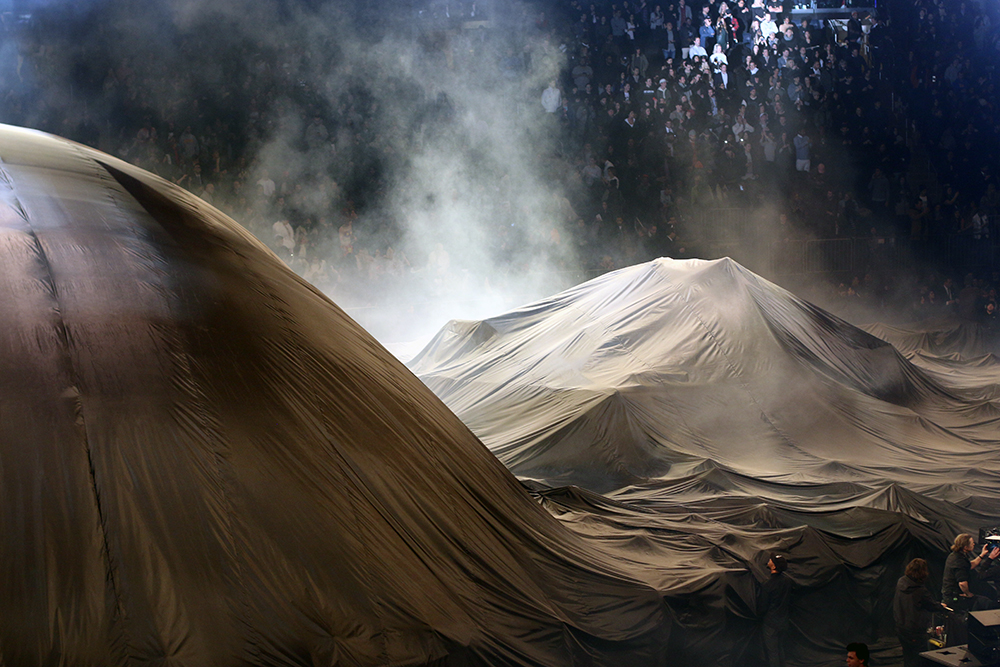 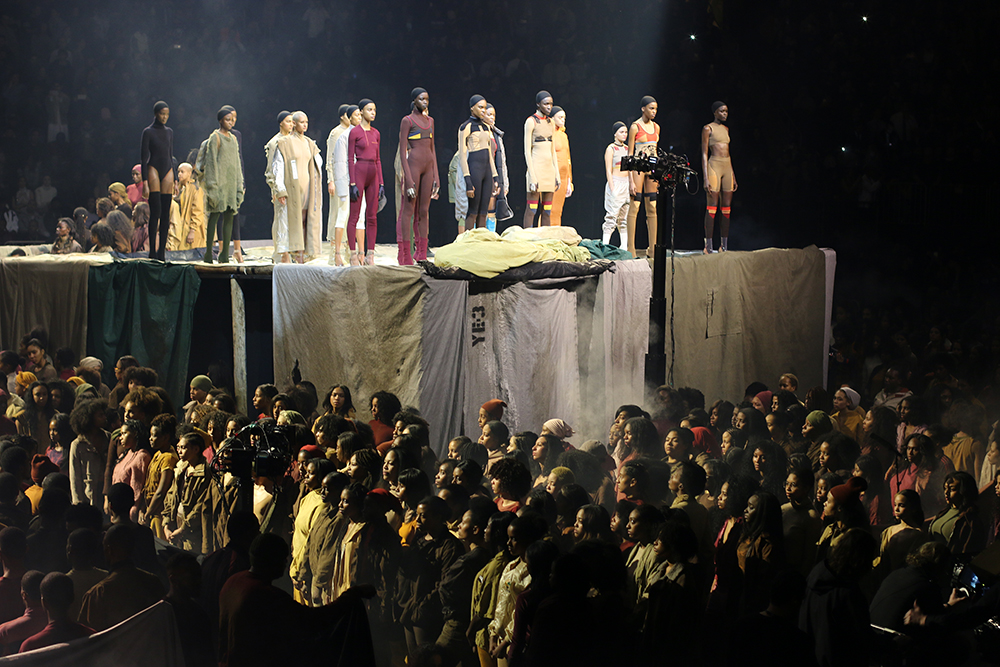 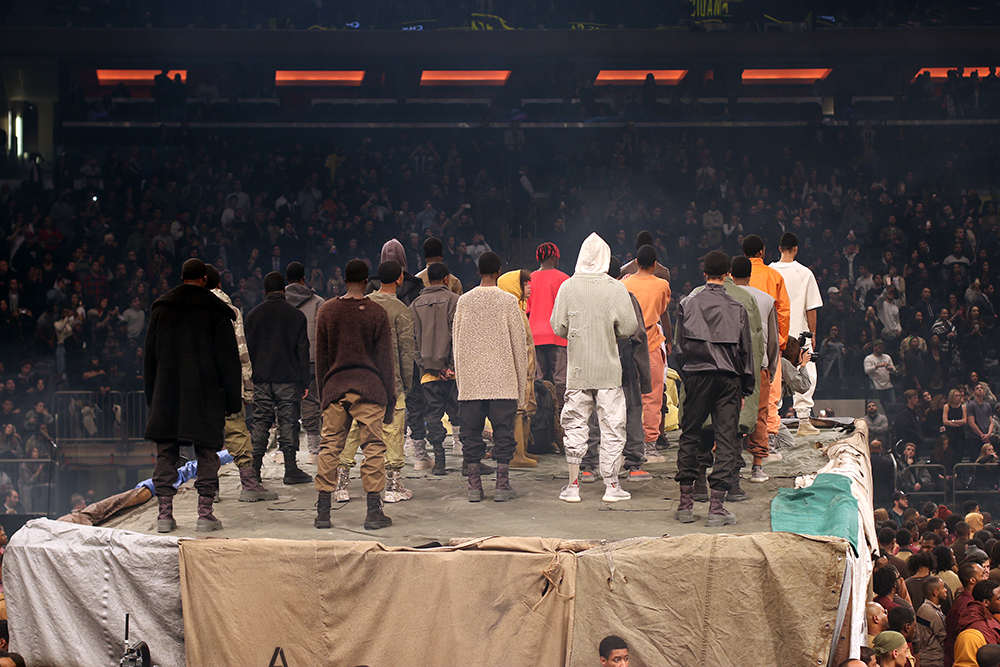 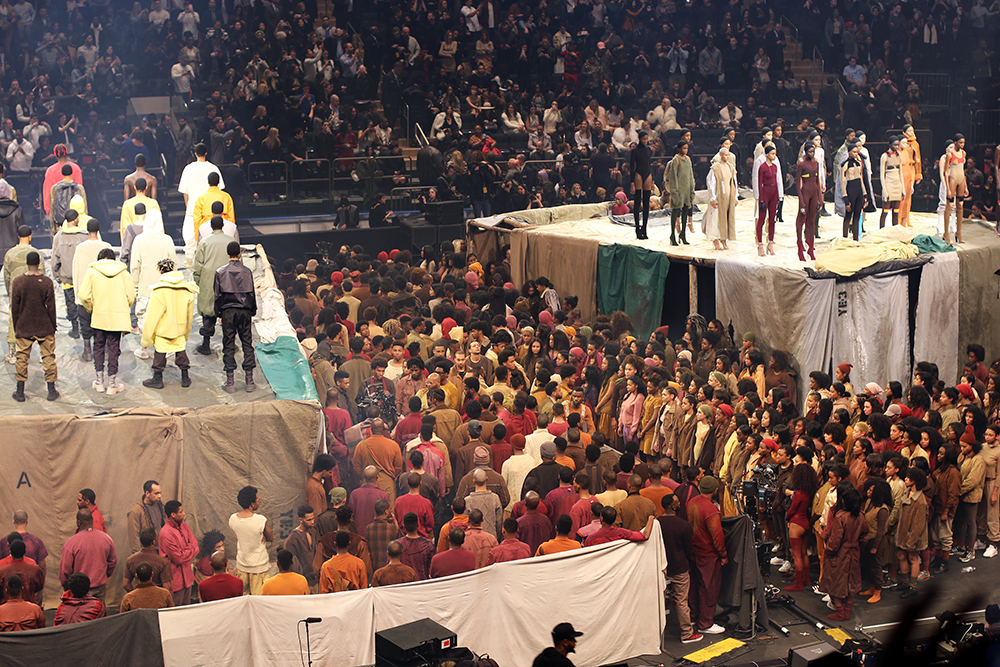