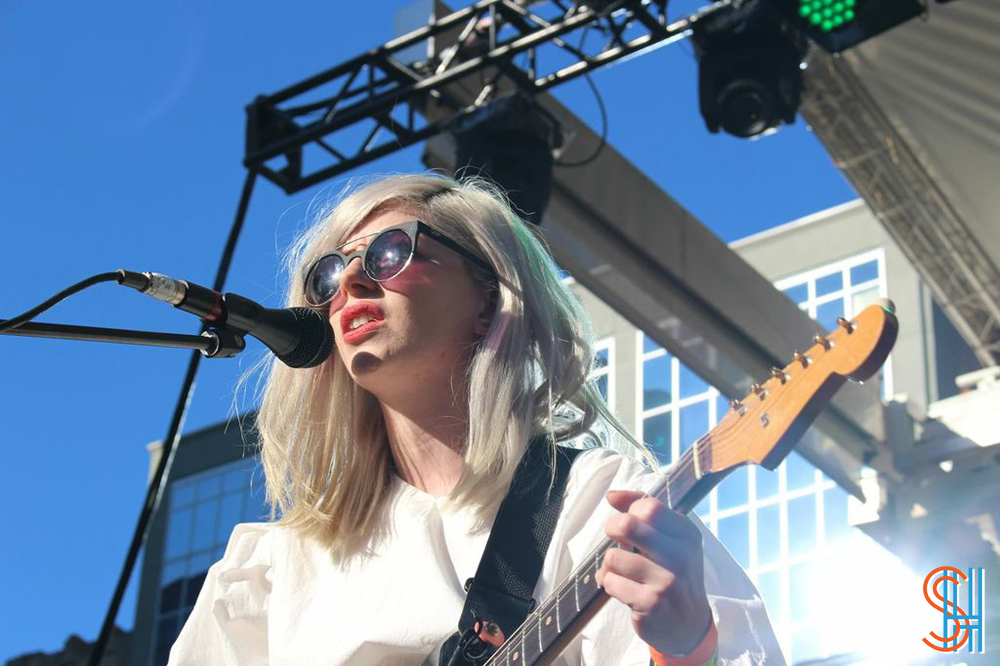 ALVVAYS was definitely the perfect band to see on the longest day of the year as their summery tunes matched the warm feels in the crowd at Yonge-Dundas Square on yesterday. Having seen the band play a couple times in smaller venues around the city such as Parts and Labour and The Garrison, it was relieving and impressing to see their sound translated well into the large open air space. The band’s reverb-heavy beachy music was perfect on a Saturday afternoon with lead singer’s Molly Rankin’s smooth and incredibly soothing voice which has muted quality to it, floating over the instrumentals.

The performance itself was consistent as Kerry Maclellan (keyboard) and Alec O’Hanley (guitar) provided good backing instrumentation and vocals to bolster up Rankin’s sweet voice and playful strummings that counteracted Brian Murphy’s fun bass lines. The group went through the songs such as “Adult Diversion” and “Archie, Marry Me”, “The Agency Group”, “Next of Kin” and “Dives”, which will be on their self-titled debut album set for release on July 22 via Royal Mountain Records. It was a performance of firsts onstage and offstage: as Molly was about to start “Adult Diversion”, she bit into a hotdog given by someone in the crowd and revealed that this was her first time eating meat in seven years, as she swallowed quickly during the opening riffs of the song.

From the overheard conversations, it seemed like it was the first time for many to hear ALVVAYS and everyone seemed thoroughly impressed by their performance. ALVVAYS has definitely lived up to the increasing buzz they have been garnering and their live performances have won over their fans before their album release, which is pretty rare and speaks volumes about this Toronto group. 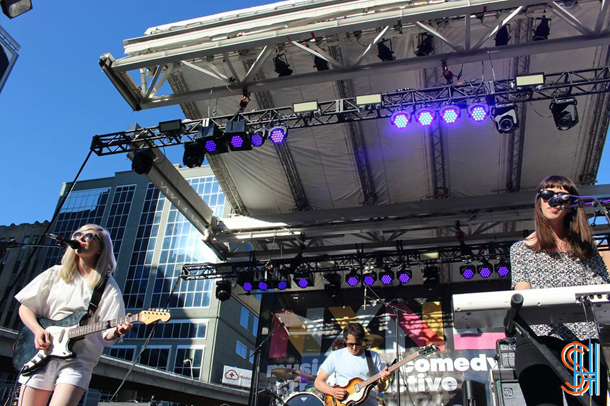 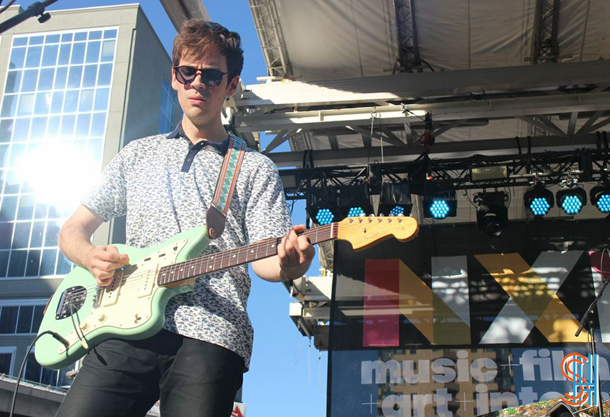 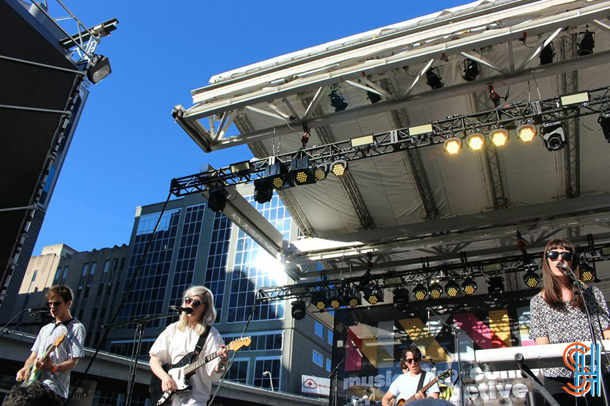 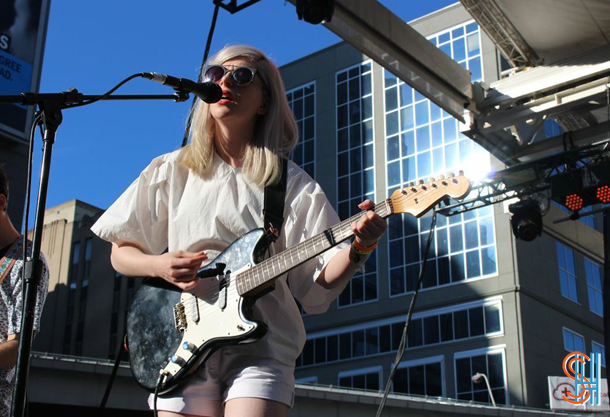