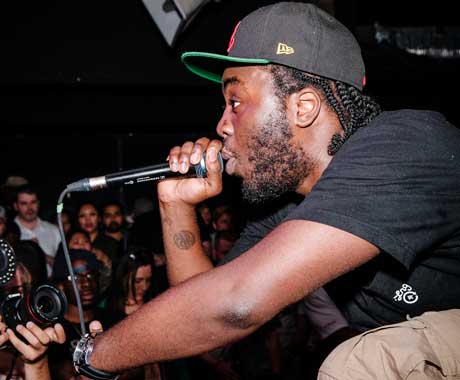 Billed as ‘Canada’s best-kept secret’ Toronto’s Rich Kidd took the stage at Wrongbar on Saturday night for an hour-long NXNE set. Whether you’ve heard of him or not, his work over the past two years speaks for itself. He’s produced tracks for Drake and Kendrick Lamar and a whole slew of other Canadian and international artists.

His live act is high-energy. He transitions well across the stage, changing tempo he commands attention. Engaging the audience with funny raps and clever wordplay.

If it’s not clear, Rich Kidd is a pretty smart guy. Recent interviews detail when he’s not rapping and producing music, he’s writing screenplays and producing his first film. On his way to blowing up, the only this uncertain about Rich Kidd’s career is what you’ll know him for first.