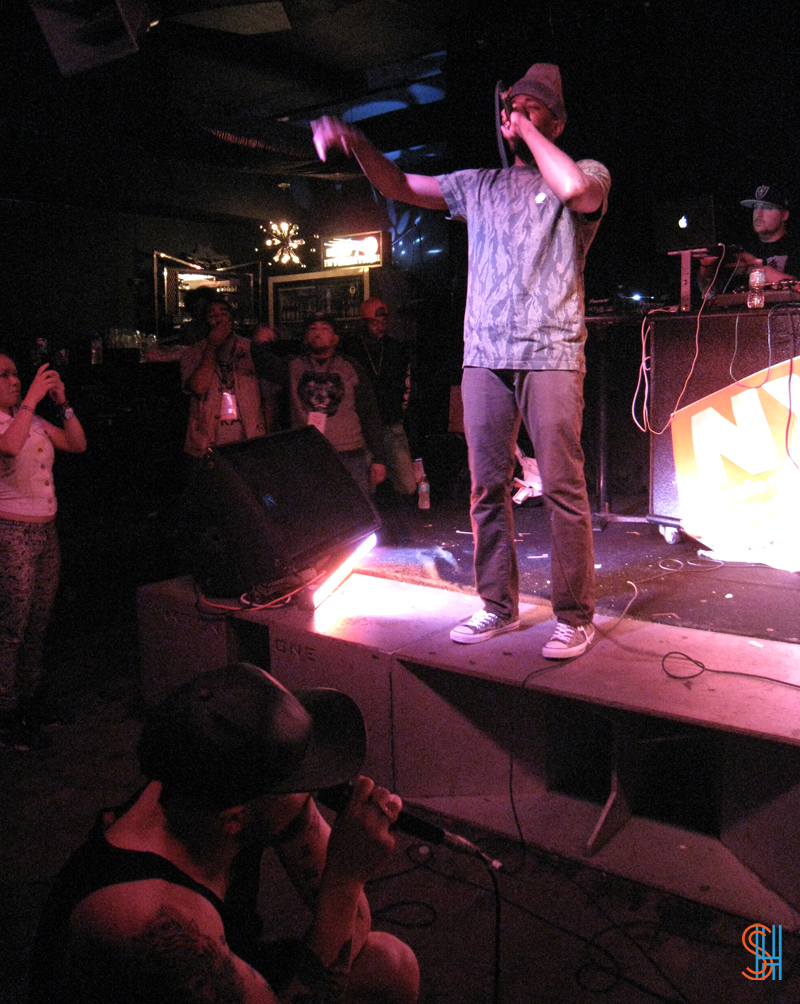 Tallahassee, Florida’s After The Smoke have garnered major label interest lately, and in the tradition of NXNE musical discoveries, I was curious to know why… and I quickly found out. After The Smoke walked onto the Wrongbar stage and took over, jumping into one of the most high energy, all-encompassing performances I’ve seen in awhile. Atmospheric beats poured over the crowd, matched with smooth hooks and aggressive MC gestures. I had a stupid grin plastered on my face the entire set… the sign of intelligent, quick rhymes matched with music I can’t help but move to.

I had the chance to ask Rob Coin of After The Smoke a few questions after their set:

Sidewalk Hustle: After The Smoke is a “alternative hip hop collective”. Tell us about how the collective came together.

After The Smoke actually is represented by an individual with a boss mindset. But my entire crew is Ekoms. We all started making music together a few years ago back in Tallahassee, FL. Niggas was hungry.

SH: How would you describe your sound and influences?

I would describe the sound as explosive + silky. The sound that you can chief to. It also saved my life.

SH: The After The Smoke live show has amazing energy and is just a good time. How do you prepare for a show?

Glass of scotch + Doritos cool ranch and a plate of weed brownies. That can boost my creative process.

SH: Audience interaction was a big part of the show @ Wrongbar. Has this always been the case?

Music is supposed to be an experience. We make sure you leave feeling that in your black soul.

SH: What’s next for After The Smoke?

We are heading to Thailand to record our next project. I don’t feel like being found for awhile. I need to smoke in a temple. That would be pimp. 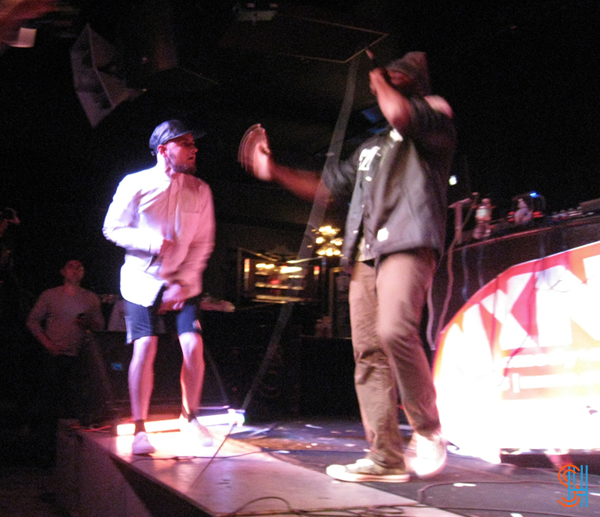