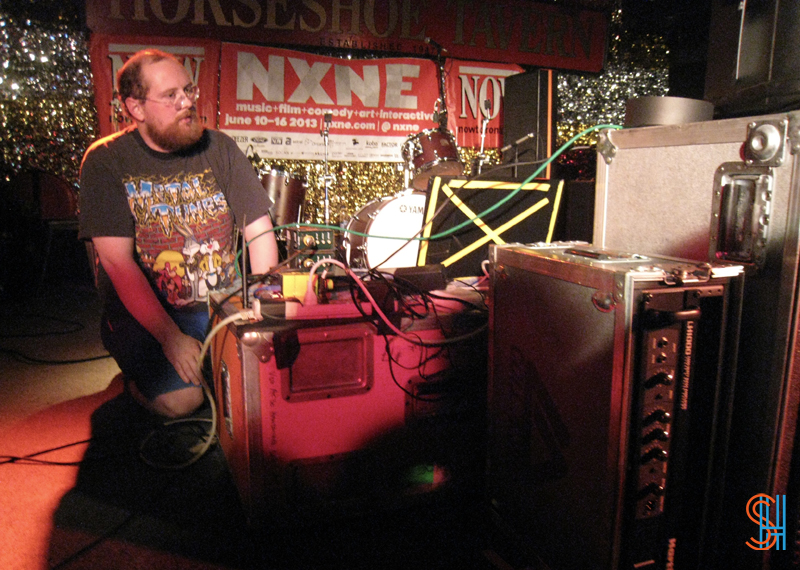 Dan Deacon often appears on critic’s “must see” lists for music festivals. After awhile those lists are taken with a grain of salt… but hear me when I say this: Dan Deacon is really, truly, actually essential.

I think I may have had a spiritual experience last night. Legs pressed up against Deacon’s gear table, trapped in a crowd pulsing and pushing forward, I felt free. There’s something about watching and listening to Deacon manipulate the pedals, buttons and gadgets that makes you feel like everything is good and awesome, you don’t have any problems, and it’s time to dance. Did I mention I was sober?

More about the show: Deacon set up on the floor of The Legendary Horseshoe Tavern with a crushing crowd around him, and a line down the street outside. Highlights of the show included a dance off and a crowd conga line outside. The show ended with the table breaking and Deacon carrying his gear out of the crush.

If you haven’t see Deacon, go. He is playing a secret show tonight (Friday) at The Drake Underground at 11pm. Go early – you want to be pressed against the table. 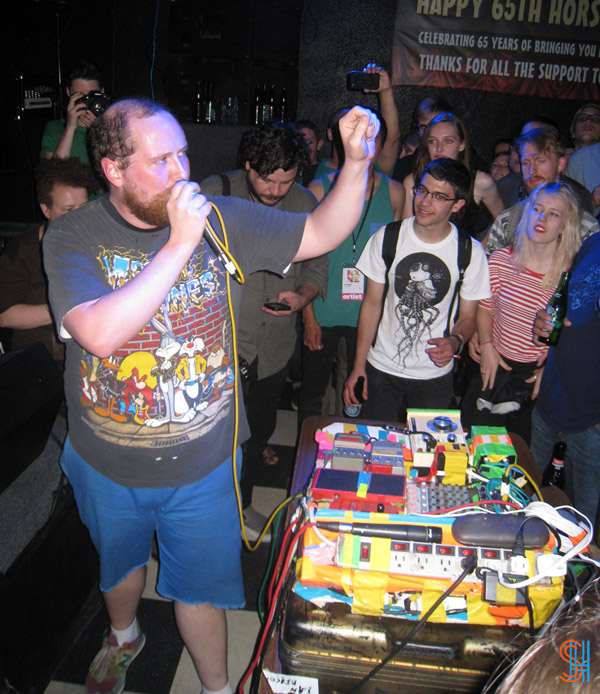 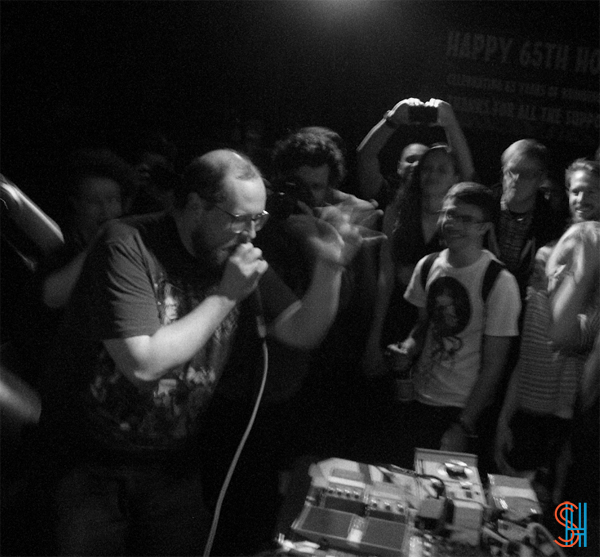