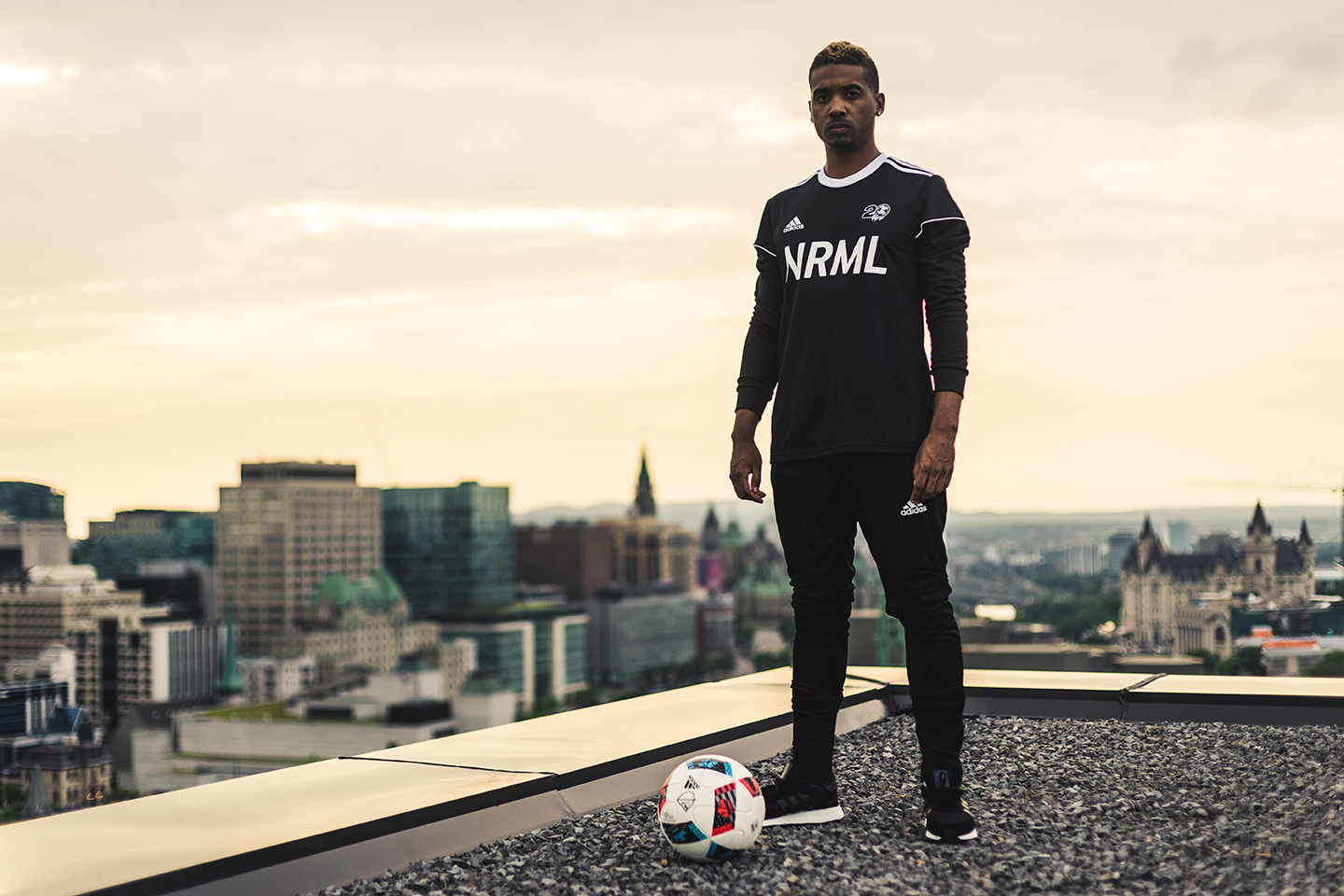 The long-sleeve Climalite jersey features NRML branding across the chest and dual adidas and NRML 20th anniversary logos above. Designed for both on and off the pitch, the limited edition jersey is another essential for fans of the Ottawa retailer. 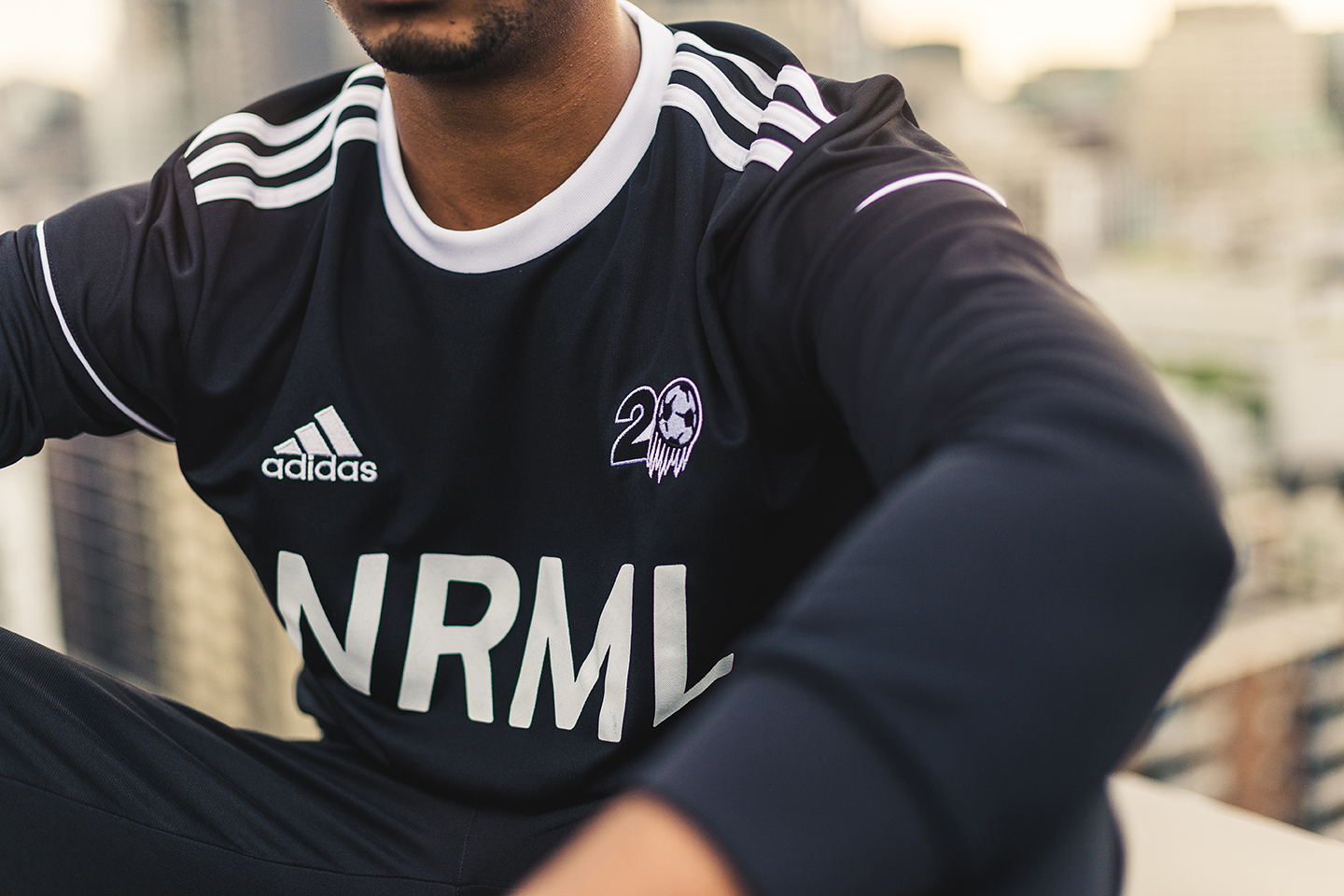 The face of the campaign is Ottawa’s own Jelani Lewis, a pillar of the creative community in Ottawa, creator of the multimedia platform and events company Smallworld and a former employee of NRML. (Little known fact: He ditched soccer after playing for the Ottawa Fury and Ottawa Youth Soccer League to pursue a career in the music industry)

We spoke to Lewis about the shop’s 20th anniversary, the collaborative soccer jersey and what it means to the city.

Sidewalk Hustle: What was your initial reaction to the collaboration?

Jelani Lewis: “Seeing a team I know so well accomplish such a remarkable collaboration made me feel proud. The NRML fam is very passionate about creating and putting on for the city as much as they can. adidas x NRML would have seemed like a pipe dream when I was shopping at that store as a kid in high school, so seeing something like this come to fruition, to me, is exceptional.”

SH: Tell us about your personal history with NRML growing up in the city of Ottawa.

JL: “I started working there when I was 19 – being new to the city, it was the perfect place to meet and connect with people with the same interests and lifestyles. Over the four years I was there, I was able to see first hand how important NRML was for Ottawa’s fashion culture. It influenced me so much and helped shape the person I am today.” 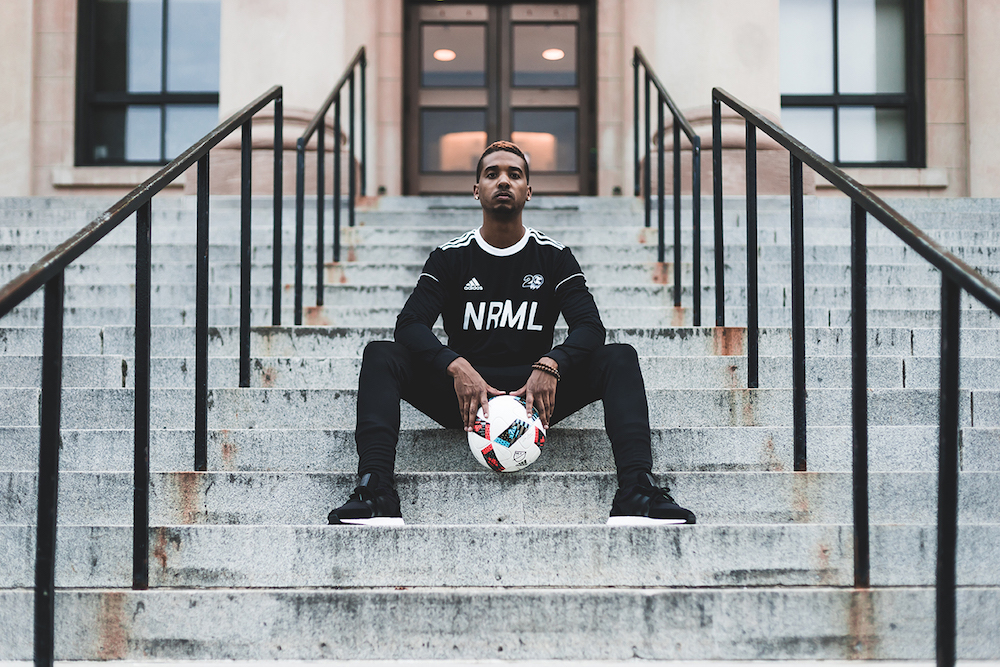 SH: What does this particular collaboration mean for NRML’s 20th anniversary and the city community as a whole?

JL: “I feel that people who have known the NRML story, how it began as a small shop in the Byward Market and evolved into the powerhouse streetwear retailer it is now, can’t help but feel genuine pride. 20 years in the game is already a heavy accomplishment, but collaborating with the world’s top brands along the way is the icing on the cake.”

The NRML x adidas 20th anniversary football jersey retails for $79.99 CAD and is available from NRML’s retail store in Ottawa and online.