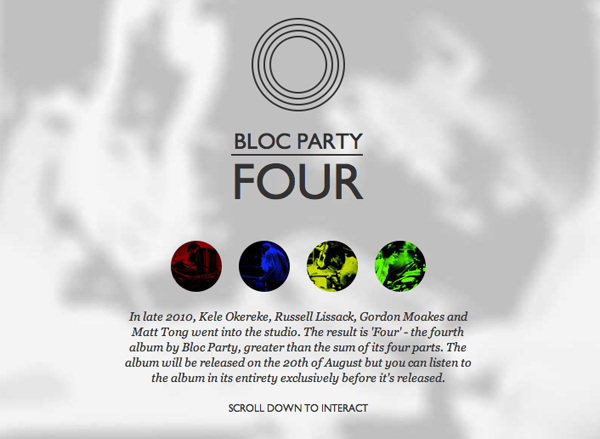 The band is back together! In late 2010, Kele Okereke, Russell Lissack, Gordon Moakes and Matt Tong reconnected after a couple of years of hiatus to hit the studio and start working on their fourth album as Bloc Party. The end result is the appropriately named Four which will be officially released on August 21th in North America. Being the ever-so generous gents that they are, Bloc Party is letting all their fans listen to the album in its entirety exclusively before it’s release.

Click HERE to stream the album in its entirety via their website and if you like what you hear, which you will, you can pre-order your copy of Four via iTunes now. Enjoy.