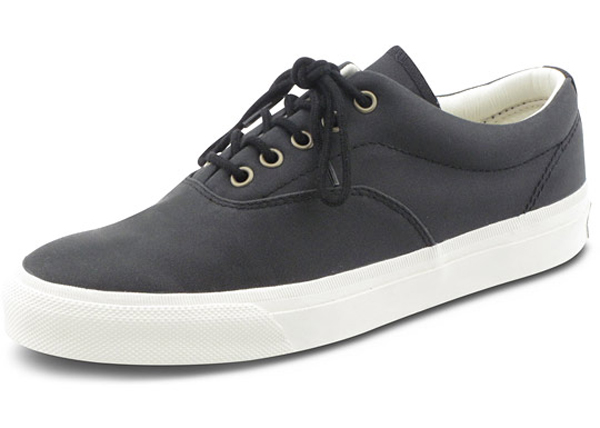 Nom de Guerre produced this short film directed by Zach Gold, featuring the new Nom de Guerre interpretation of the classic Converse Skidgrip CVO, shoe which we showed you last week. Featured in the video, other than the new Converse shoe, is a look at the Nom de Guerre’s upcoming FW10 collection titled ‘Countdown to Violence’. The rather lovely rubberized-cotton canvas shoe is set to launch Friday July 30, 2010 along with the full length version of the film, which will be screened at the Nom de Guerre flagship store in New York. This is what Nom de Guerre had to say:

We have long explored clean, utilitarian design which is something we expanded upon in the Nom de Guerre FW10 collection. Our approach to the Converse Skidgrip CVO shoe is also an exploration and study of uniforms, in particular. With Converse being a brand that has served as both a uniform and a statement of independence, we felt that it was an interesting juxtaposition. The collection and video further explores these themes with a lens on group solidarity, tension, and ideas of fraternity and sublimating one’s identity to operate within a group.