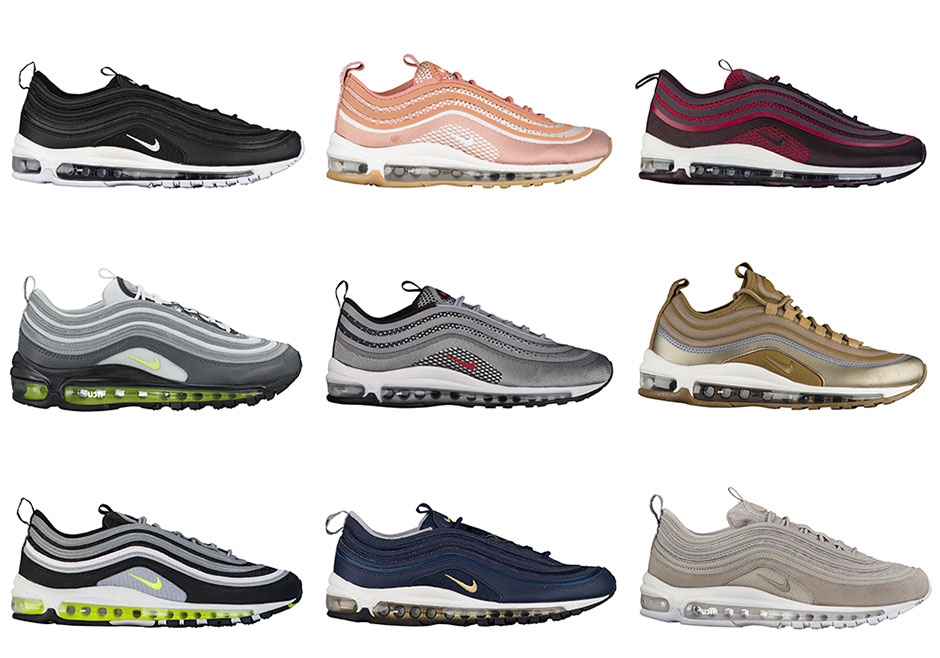 It truly is the year of the Air Max 97. With this year being the 20th anniversary of the shoe and the 30th anniversary of visible Air, Nike is pulling out all the stops and giving the people more of what they want: 97s!

After super successful retros of the Silver Bullet and Metallic Gold, Nike just announced 20—yes, 20!—colourways of the shoe that will be rolling out in the coming months. There’s something for everyone here: OG colourway releases, Ultra Jacquard versions, Ultra SE pairs, women’s exclusives and gum soles.

Check them all out here and keep your eyes peeled for the news about when and where these are going to drop.