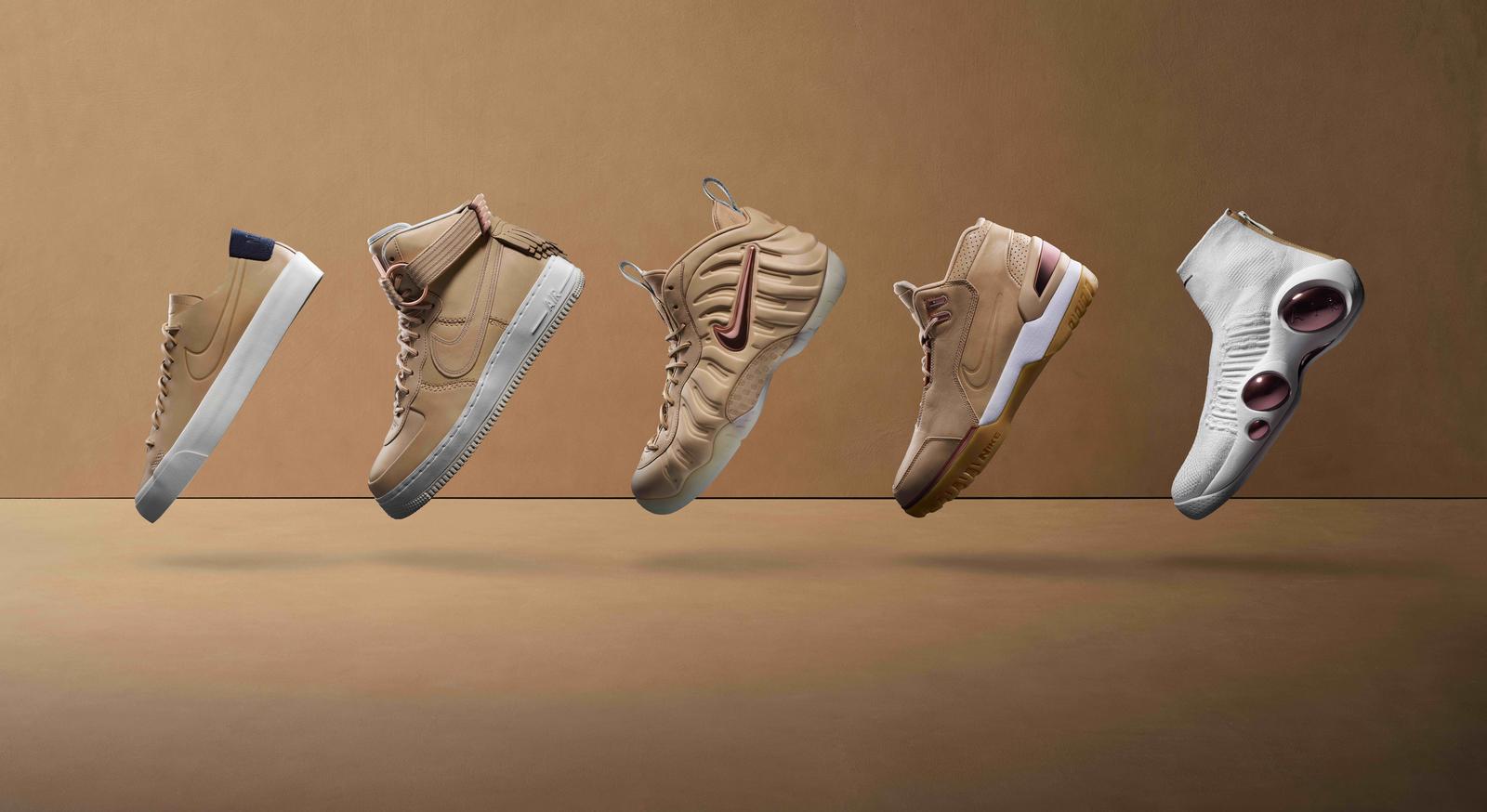 Nike is celebrating 50 years on and off the court with its upcoming “Five Decades of Basketball” collection.

Each decade is represented by an iconic Swoosh sneaker – a Blazer for the ’70s, an Air Force 1 for the ’80s, an Air Foamposite Pro for the ’90s, a Zoom Generation for the 2000s and a Flight Bonafide for the 2010s. The first four are dressed in a Vachetta tan leather while the Flight Bonafide receives a clean white overlay.

All five sneakers are set to receive an exclusive release via Kith retailers on February 10 followed by a global release on February 18.