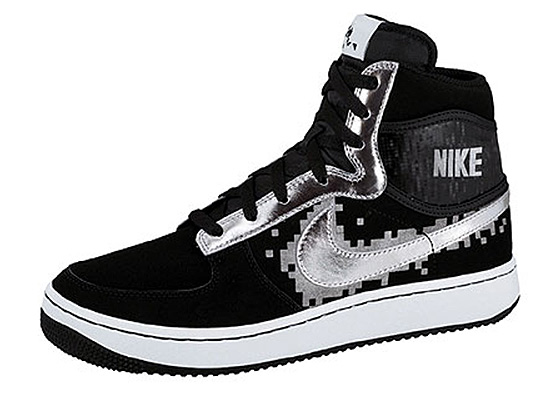 There is a guy in my office who’s last name is Bowen, and thus by the laws of laziness he is know as Bo. Throughout the course of an average day of work I must say “Bo Knows” about fifteen times (15x) and every time I do say that I think of the old commercials featuring Bo Jackson. Remember? “Bo Knows” from the late 80’s and early 90’s, with him attempting to take up every single sport ever, and Bo Diddley playing blues and saying to Jackson “You don’t know diddley!”

Well in honour of Nike and Jackson’s relationship comes the Sky Force Hi “Techmo Bo” high top sneakers in the raiders black, with silver metallic accents and a pattern over the side-panels.
Awesome!