Nike Shares A Visual History of The Windrunner

Just in time for your new years fitness resolutions, Nike has shared a rather cute visual history of their iconic Windrunner jacket. Tracing the icon through through a series of illustrated slides, starting in the late 1970’s all the way to today, they demonstrate just how versatile the design has been for both sport and sportswear, dubbing 2016 as ‘The Year of the Windrunner’.​

Familiarize yourself with the history of this garment below now. 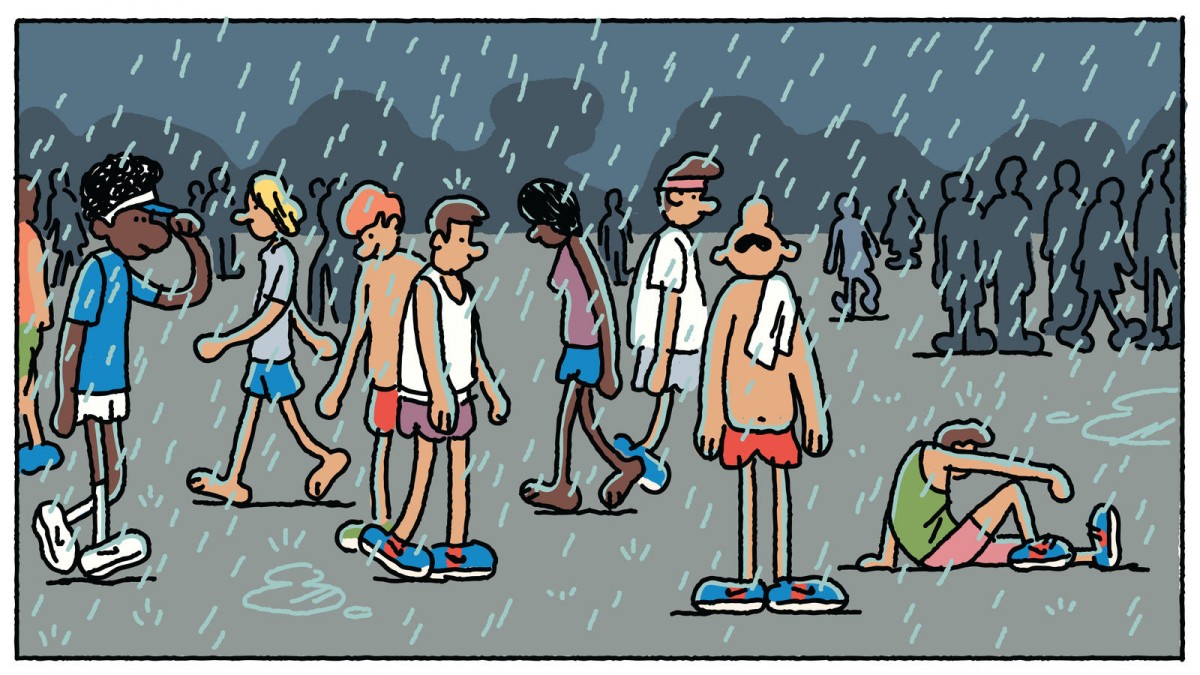 In the early 1970s, despite a jogging boom spearheaded by Bill Bowerman and facilitated by Nike footwear, there is a void of performance running apparel. 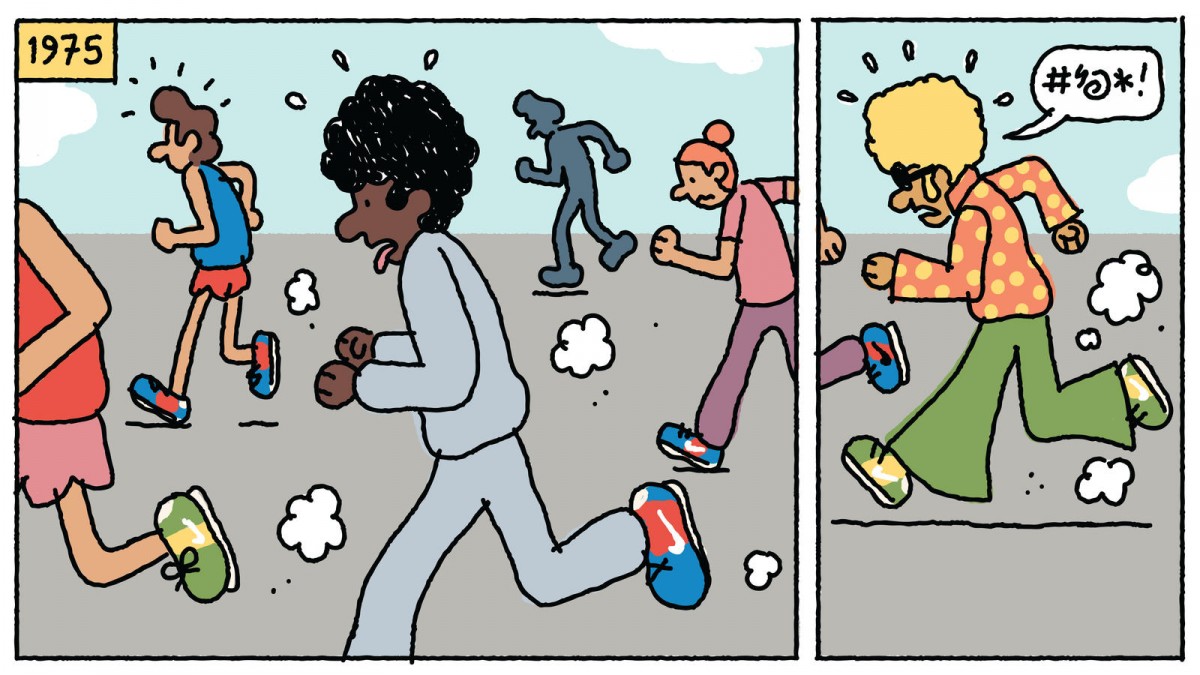 1975: As runners endeavor to improve their performance, uncomfortable and restrictive garments hinder their training. 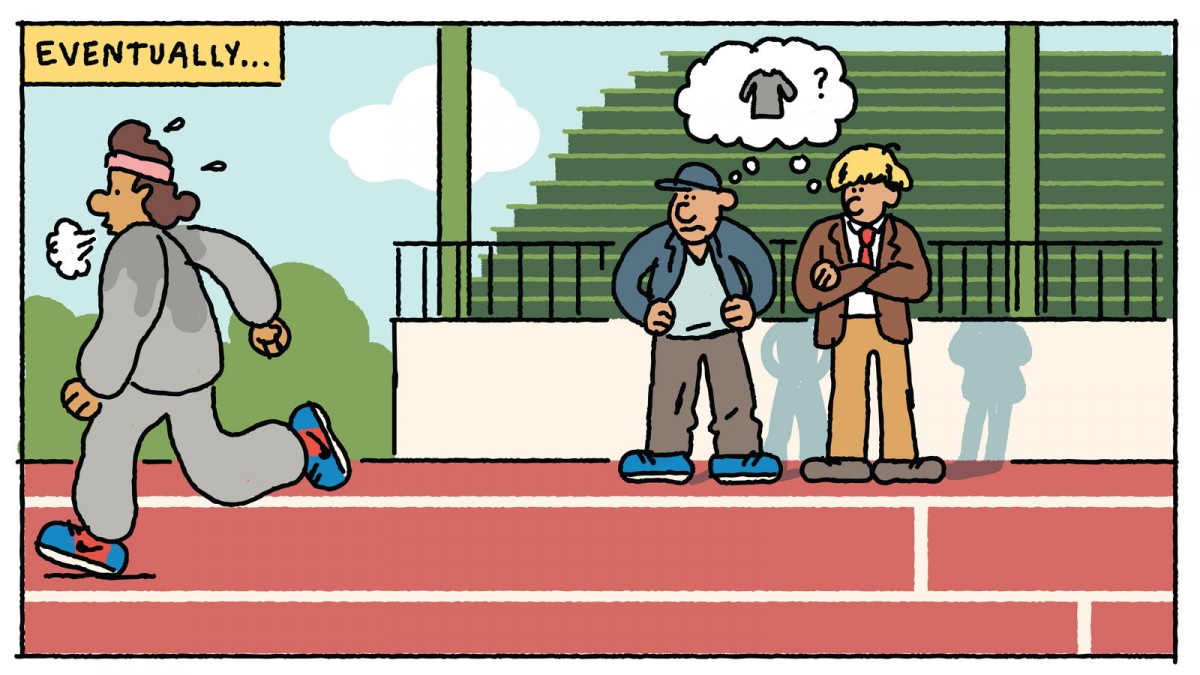 Nike decides to expand its offerings to provide runners with training apparel that will help them succeed and that will revolutionize the industry in the same way that the company’s wildly popular Waffle Trainers have. 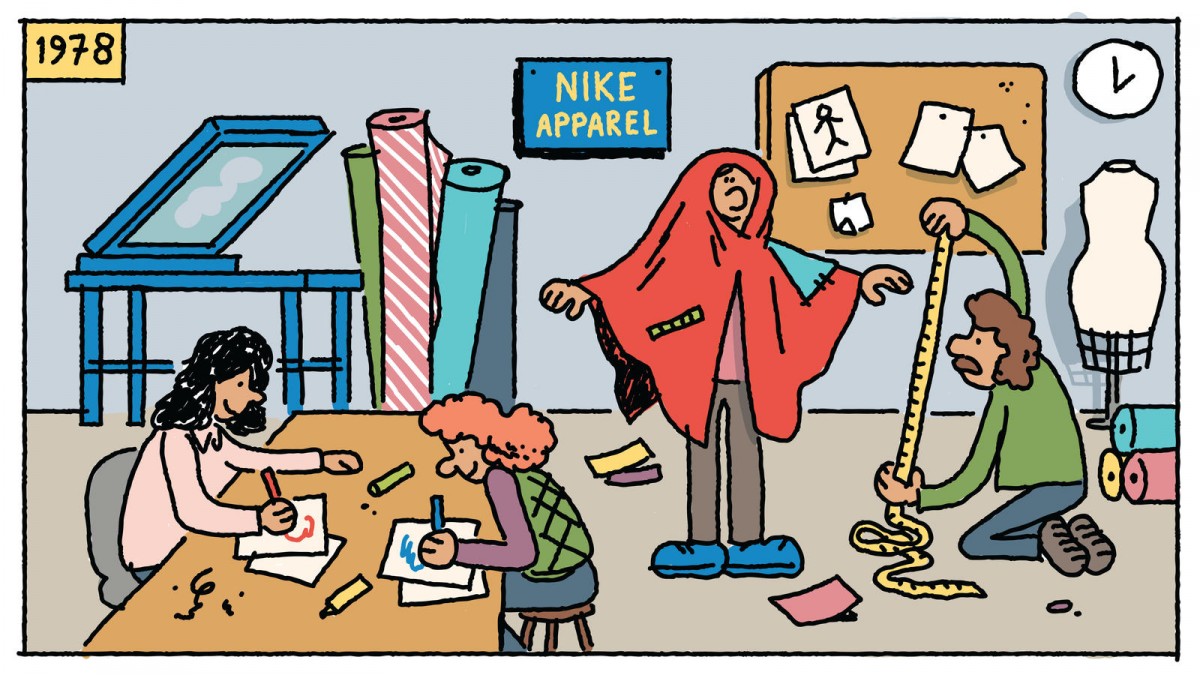 1978: To meet its objective, Nike establishes an in-house apparel department, which is tasked with designing a collection that will allow runners to train, come rain or shine, and won’t inhibit natural motion. 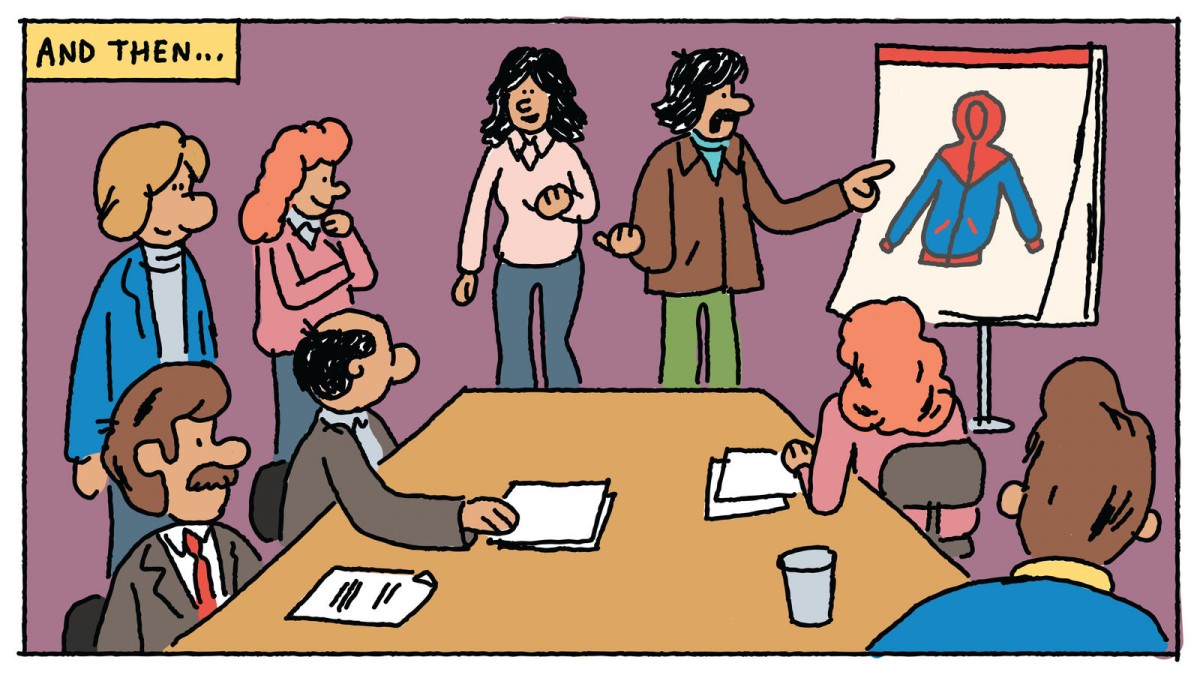 The team imagines a small, but comprehensive apparel line. Its colorways complement the period’s Nike shoes and its silhouettes include: running shorts, tank tops, pants and, notably, a jacket soon to be named the Nike Windrunner. 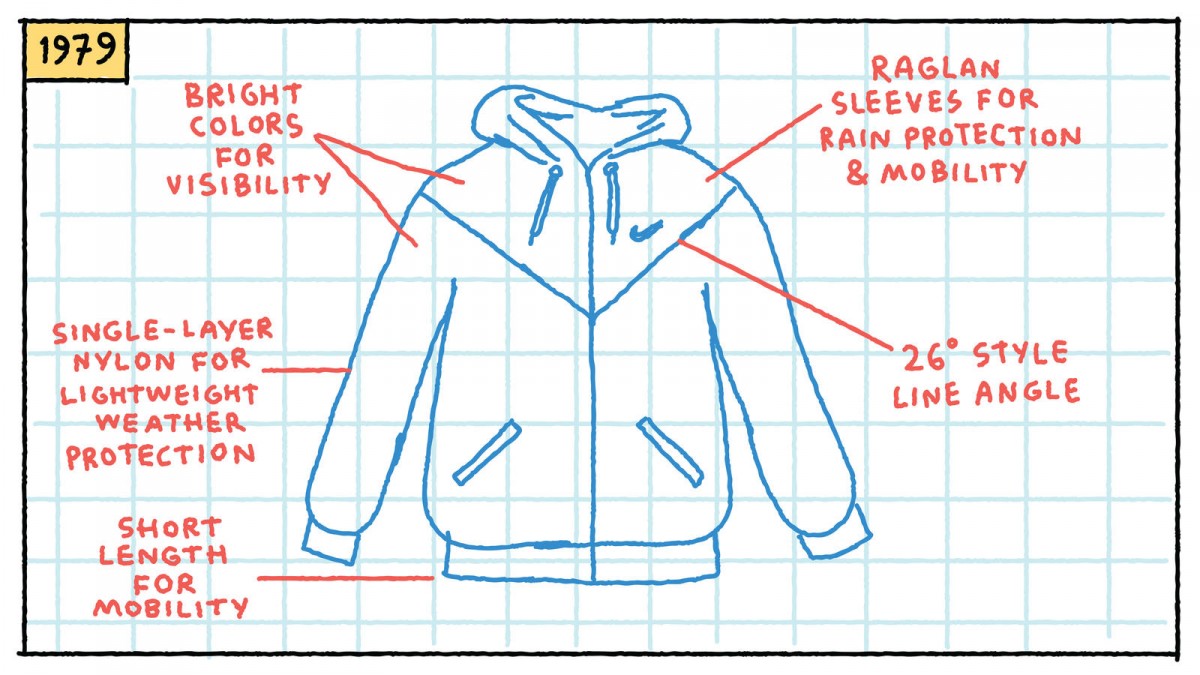 1979: Taking into account feedback from company executives, the original Nike Windrunner sketch is refined to ensure it meets pinnacle performance and aesthetic standards. 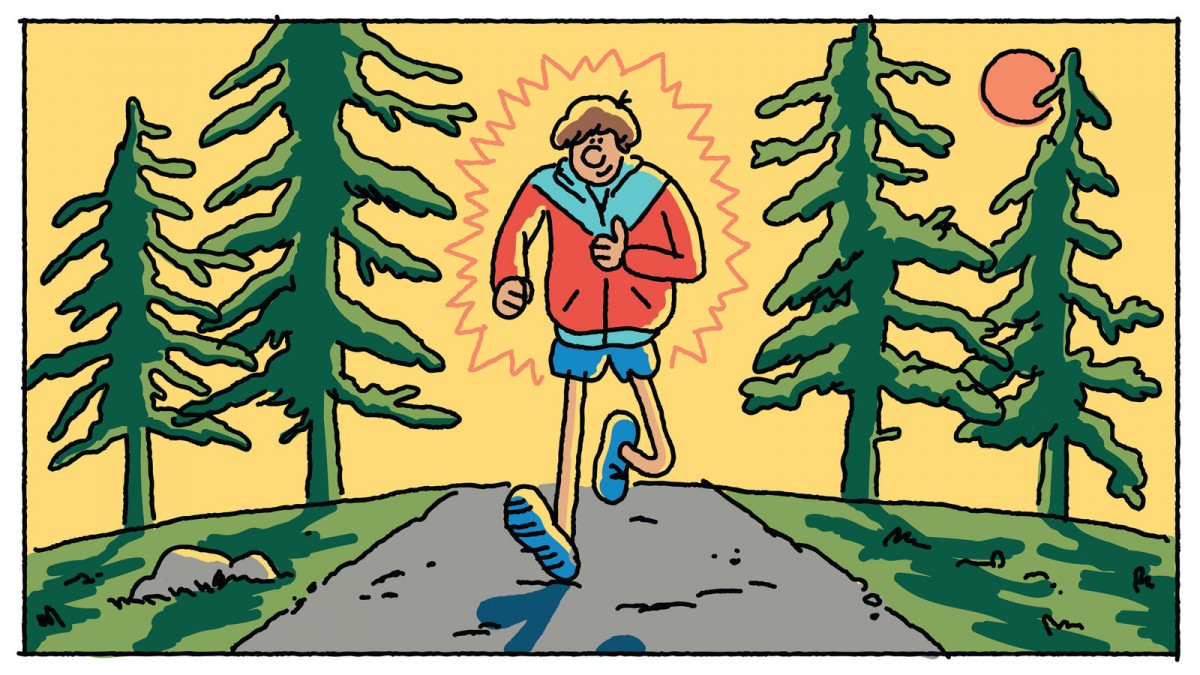 Athletes train in samples of the jacket and provide insights that result in further fine-tuning. Today, Nike’s footwear and apparel are subject to the same rigorous performance test. 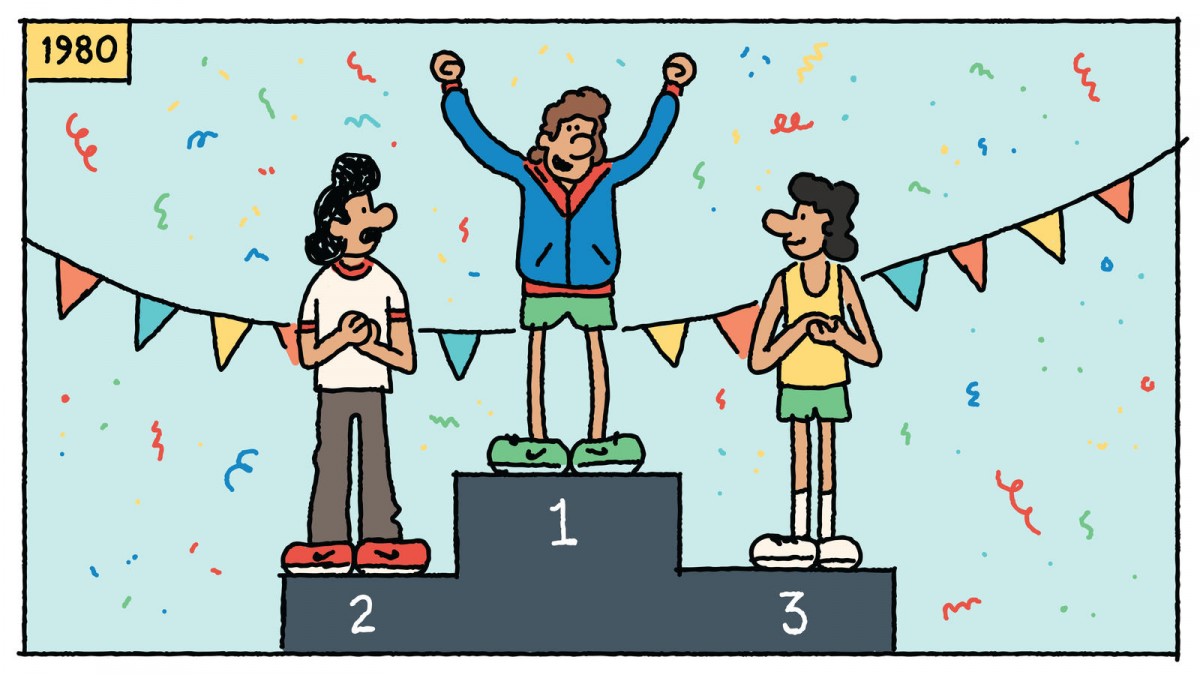 1980: The Nike Windrunner jacket makes its first large competition debut at the U.S. Olympic Track and Field trials, which are hosted at Hayward Field in Eugene, Oregon. 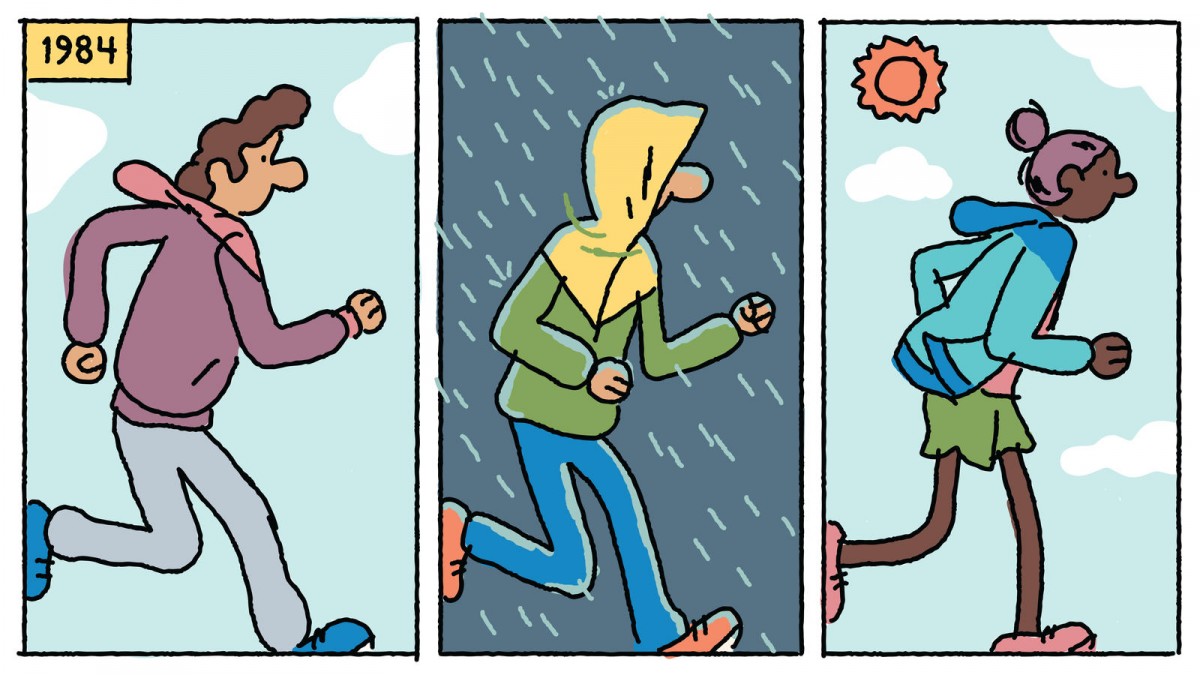 1984: The evolution and popularity of the Nike Windrunner jacket persists. Its materials are further advanced to withstand varying elements and the jacket quickly becomes a staple of both elite and everyday runners. 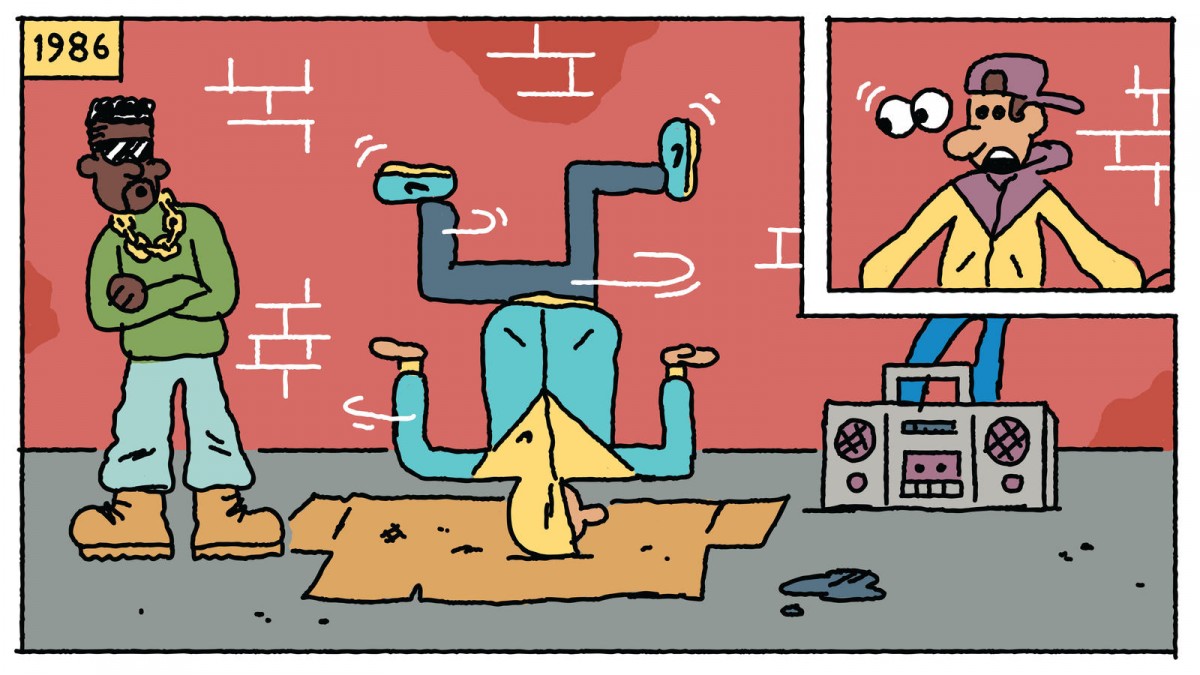 1986: The jacket’s appeal extends beyond athletics into popular culture, where it is seen on the era’s spinning b-boys, amongst others. 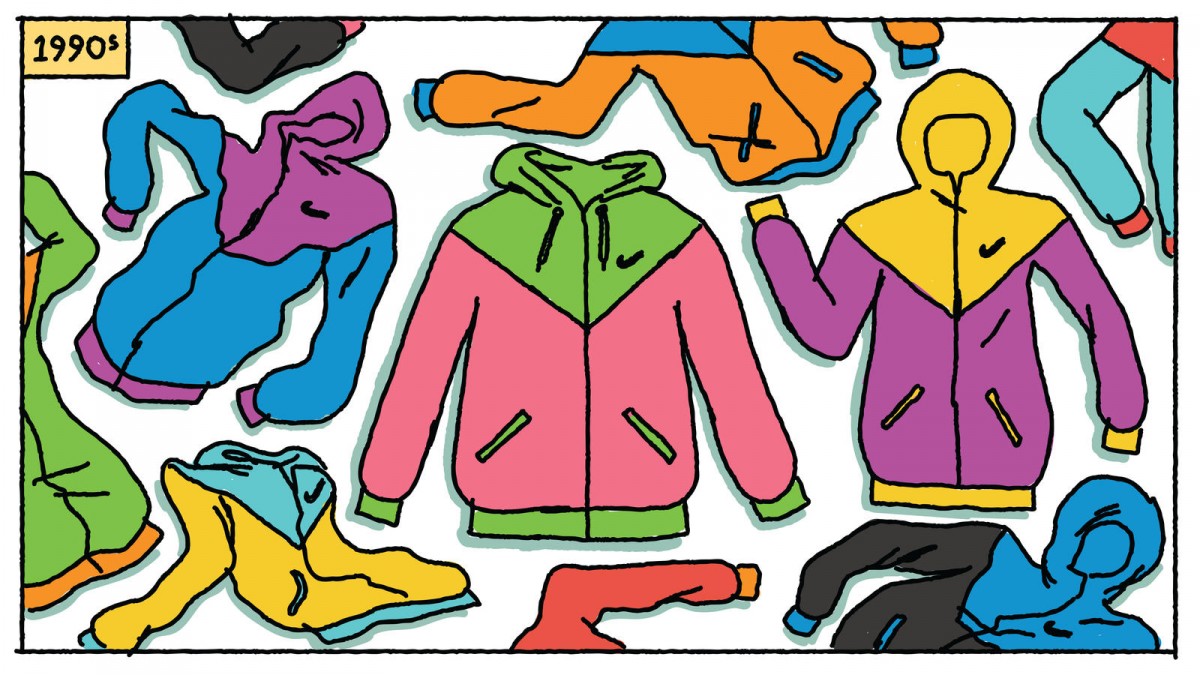 1990s: Nike meets the ongoing call for Windrunners by designing color combinations of the jacket in a new, increasingly bold range of hues. 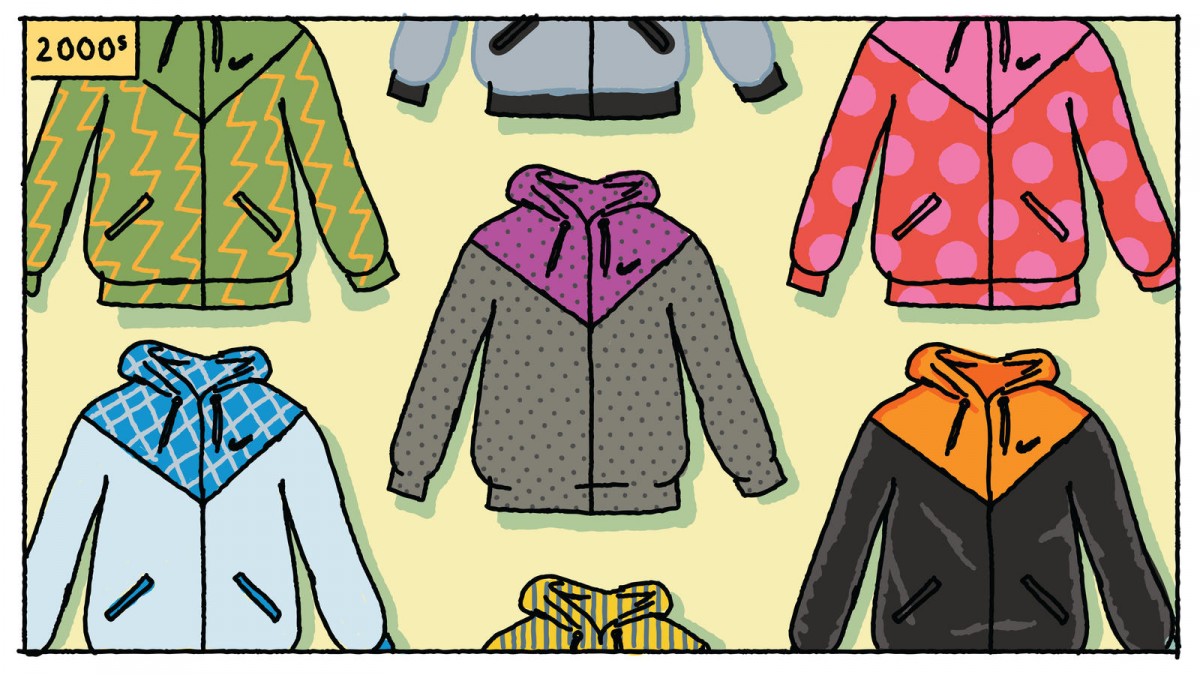 2000s: The Windrunner continues to cement its iconic status. It becomes the subject of artist collaborations and Nike’s technological innovations, including
Flywire, which strengthens the jacket’s structure at the same time it reduces its weight. 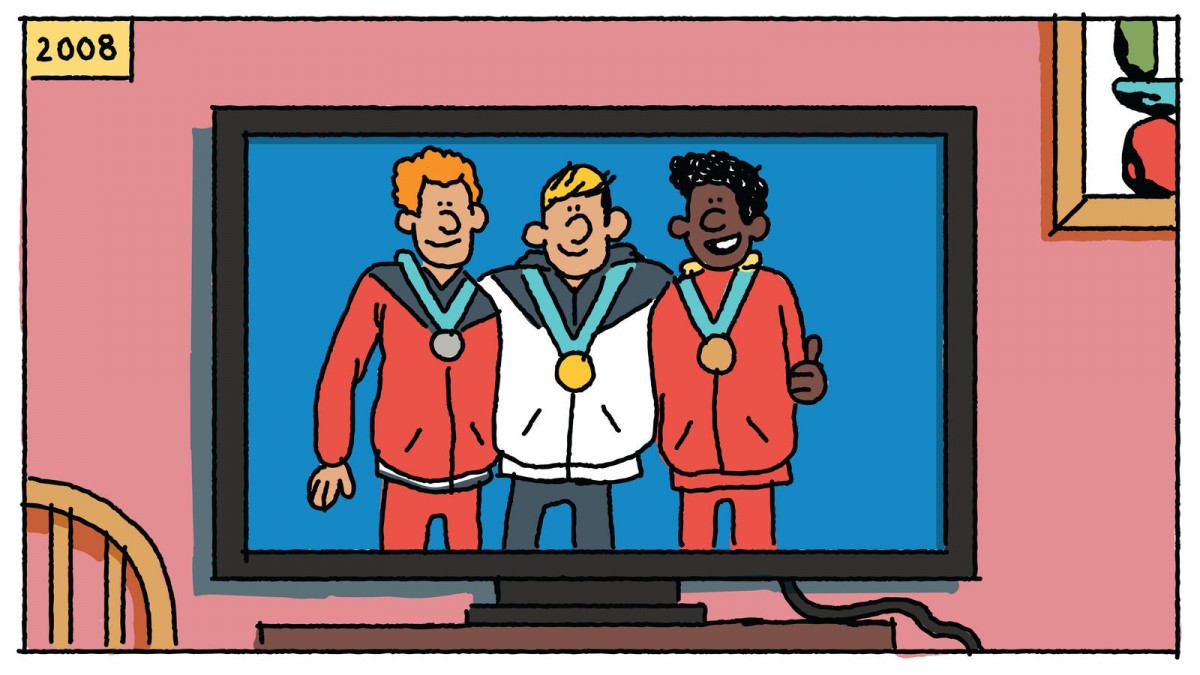 2008: Over 20 years after its debut, the Windrunner confirms its standing as a leader in performance apparel. It is the official medal-stand jacket of Nike- sponsored teams in Beijing, where each country receives its own colorway, aligned to the shades of its flag. 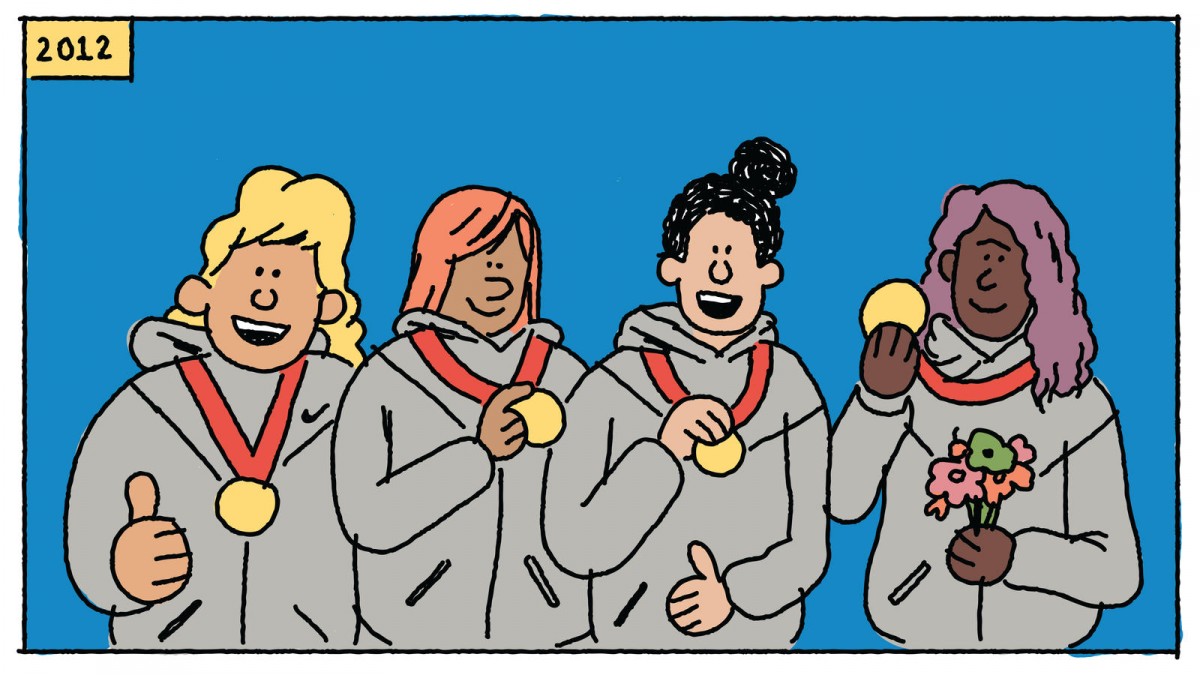 2012: Four years later, the jacket is again atop medal stands in England, but this time it gets a different progressive technical treatment: Nike Flash technology, which glints when cameras snap. 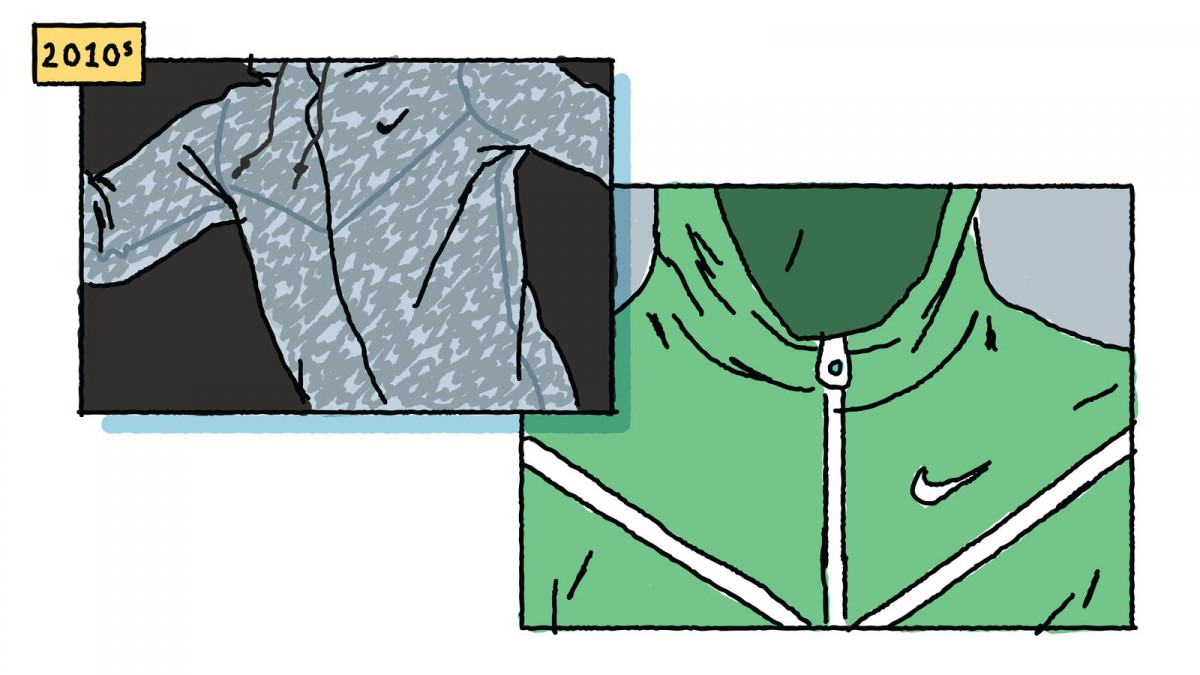 2010s: The jacket’s chevron aesthetic endures and its evolution marches on. The garment is reimagined with warm, lightweight Nike Tech Fleece fabric and crafted with Nike Tech Aeroshield technology, which combines water resistance with breathability. 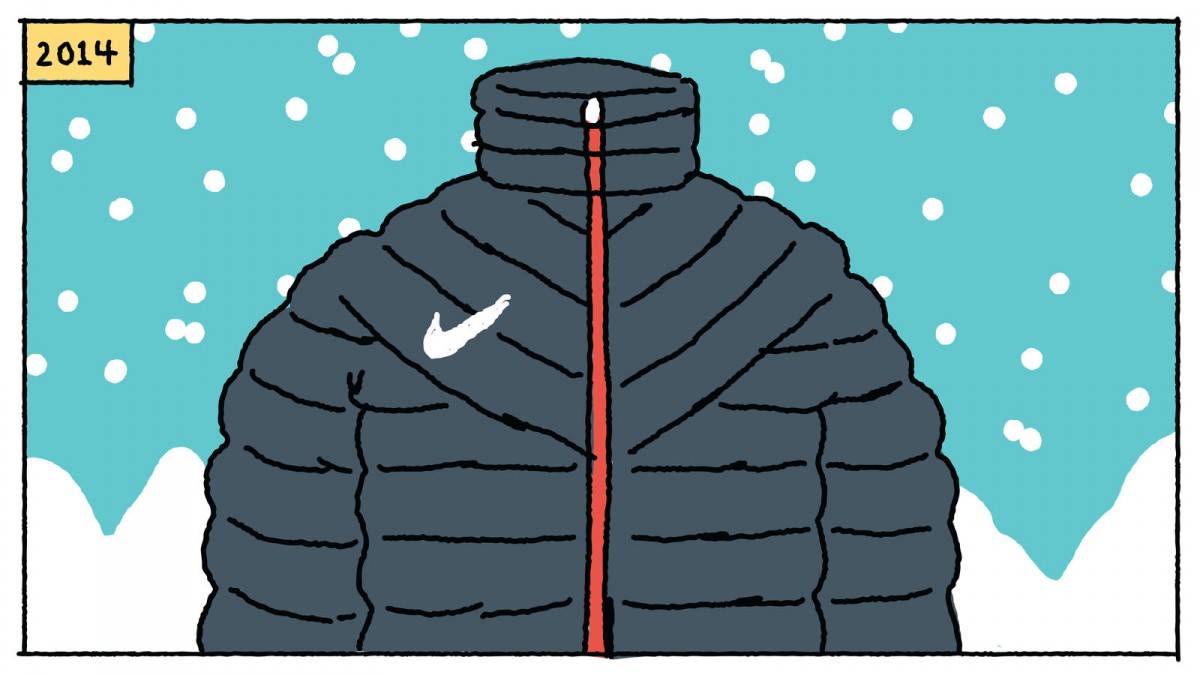 The Nike Windrunner further affirms its timeless style, as it remains an essential on the streets and at major competitions, including in Russia for which it is quilted with Nike Aeroloft insulation. 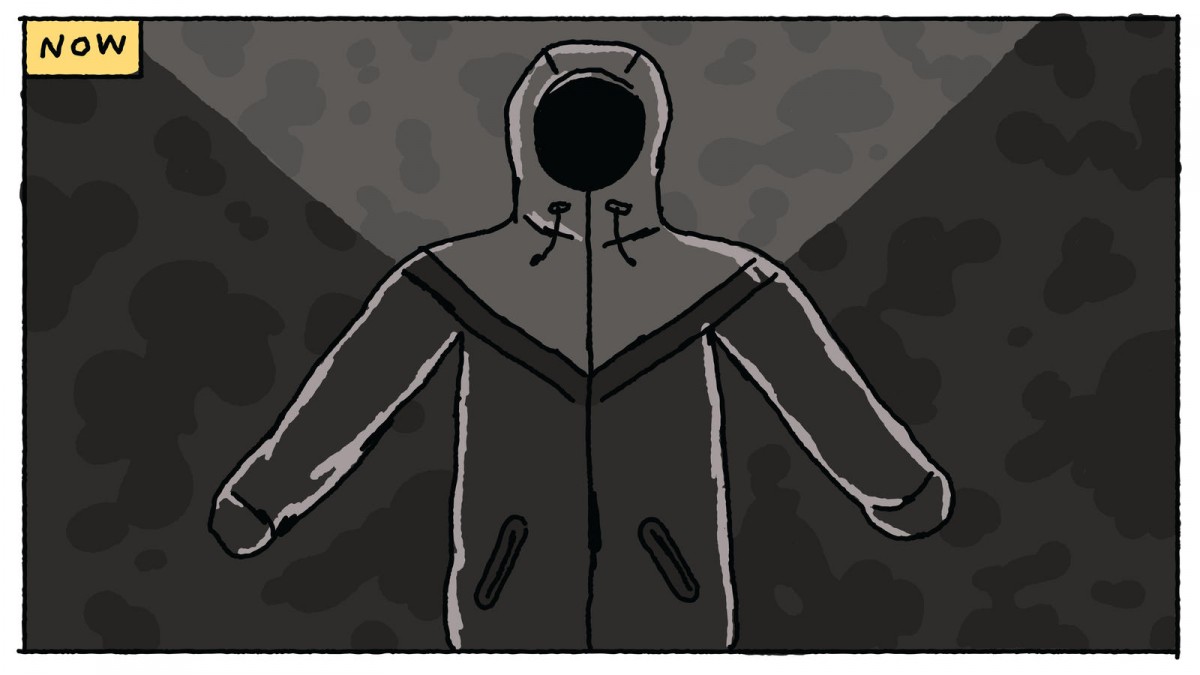 The continuing influence of the Nike Windrunner jacket makes the silhouette an ideal canvas for future Nike design evolutions and collaborations, including the new NikeLab x Stone Island Windrunner. The practice further picks up in 2016: The Year of the Windrunner.