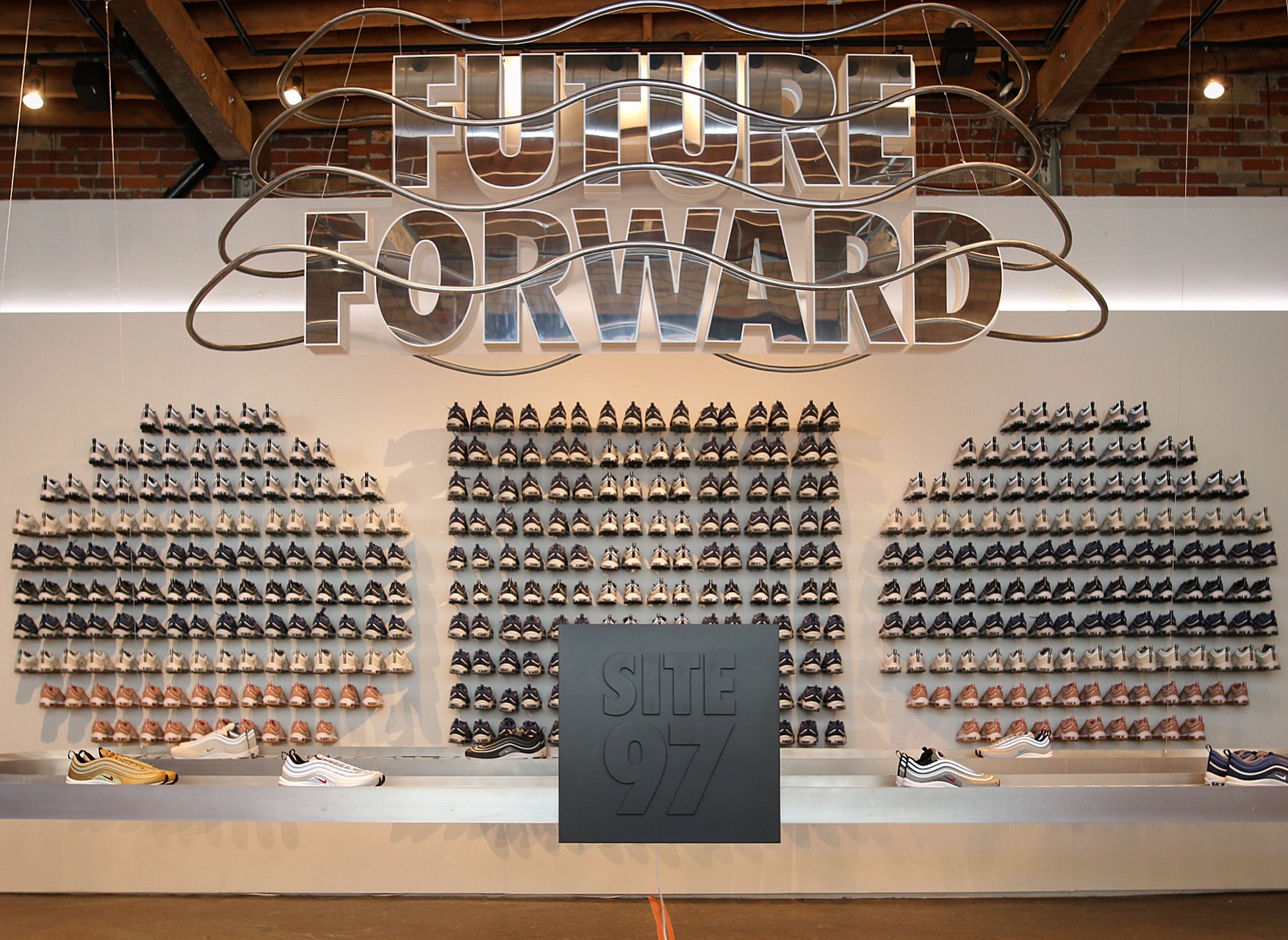 To celebrate the upcoming launch of the Air Max 97 UL 17, an updated version of the classic sneaker, Nike took over an art space for a unique conceptualization of the icon silhouette. Hailed as Site 97, the installation was designed to be represented a private laboratory space conceptualized by Toronto artists Trevor Wheatley, Dilly, Nicole Charles and Dahae Song. The concept of the installation was to study the Air Max 97 and bring the “futuristic values” of the sneaker world into the new millennium. 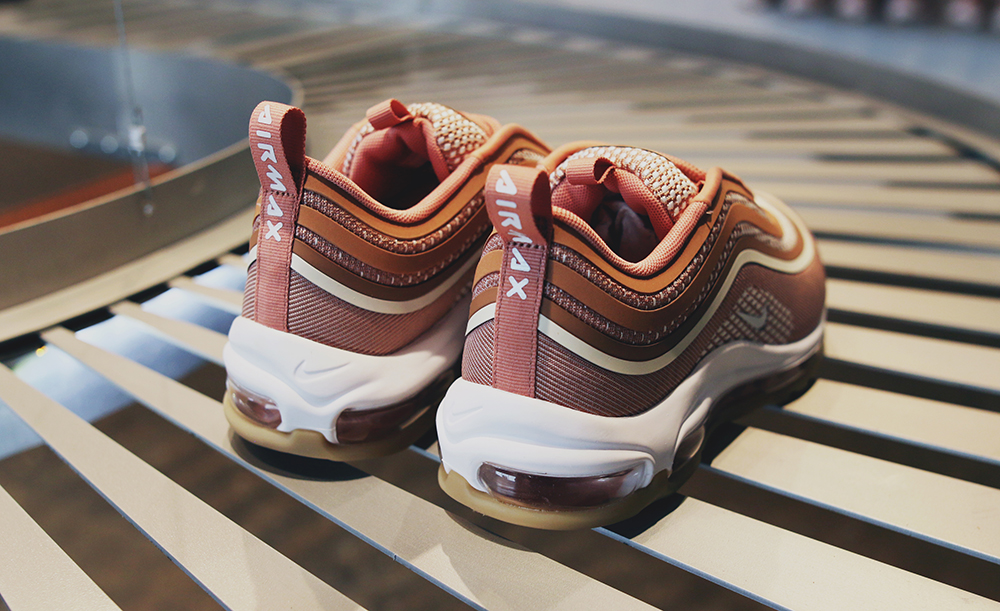 Originally introduced and released in the 1997, the Air Max 97 was influenced by Japan’s aerodynamic bullet trains with the smooth, flowing upper and first ever full-length air unit. The advent of the Japanese bullet train redefined the way in which humans traveled through their environment by developing technology that actively looked towards the future.

With this in mind Nike utilized the motto and concept of “Future Forward” to produce the Air Max 97 UL, which is powered by the colour and form cells within the space, while the “finished experiments” (the new shoes) were placed along the back wall. 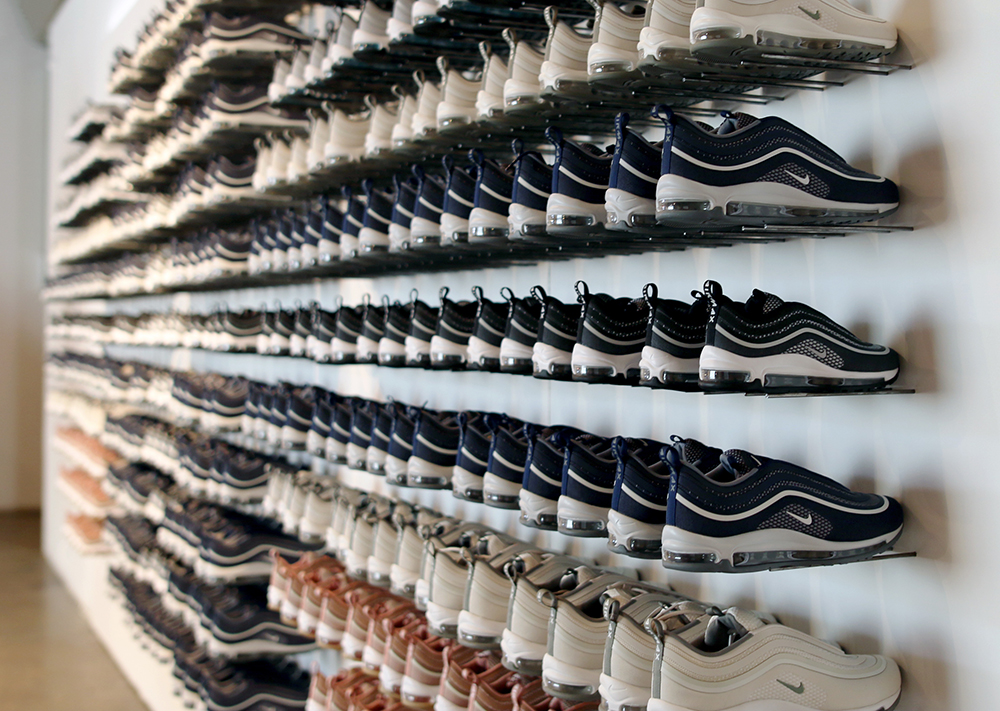 It definitely was an interesting concept and a unique way to showcase a new shoe.