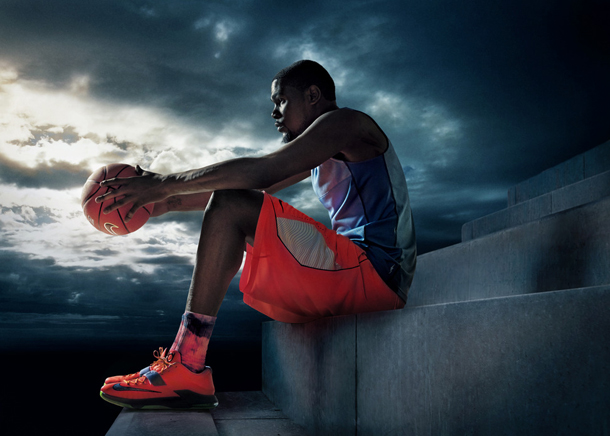 Nike presents the seventh signature shoe for Kevin Durant. Combining performance innovation the KD7 was designed to the specifications of the reigning Most Valuable Player and one of basketball’s most dynamic stars. Durant teamed with Nike designer Leo Chang to create the KD7, a process that began 18 months ago.  The challenge was trumping the KD6, Durant’s favorite shoe to-date and the model he wore in his MVP season while averaging 32 points per game and winning a fourth scoring title.

The shoes feature the distinct Hyperposite look, an evolution to the original Foamposite, is also a nod to KD’s Maryland roots. The KD7 colourway features a bright mango upper, volt outsole and hits of deep grey to represent the electric nature of lightning strikes. Stratospheric graphics and nods to lightning also appear on the sole and Swoosh.

The KD7 will be available at select Nike retailers starting today, June 26. 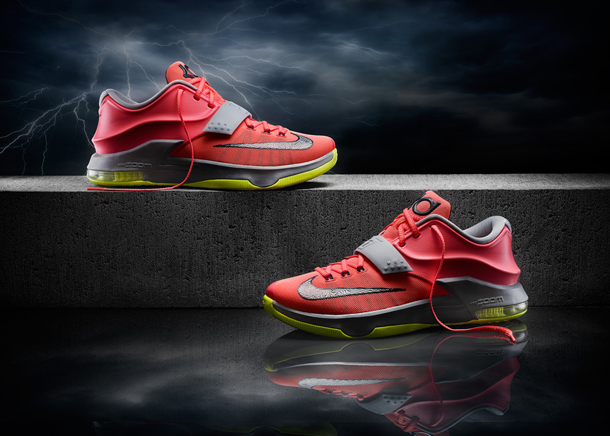 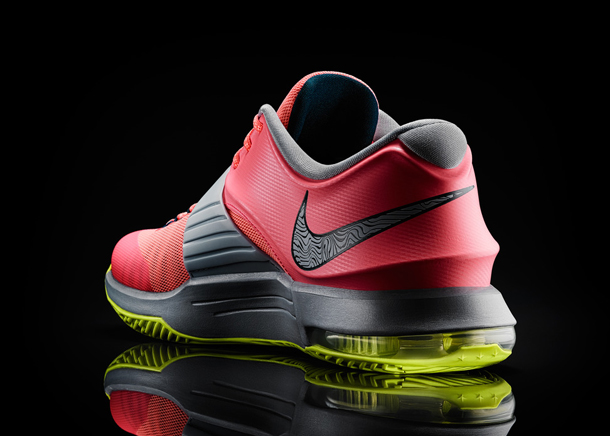 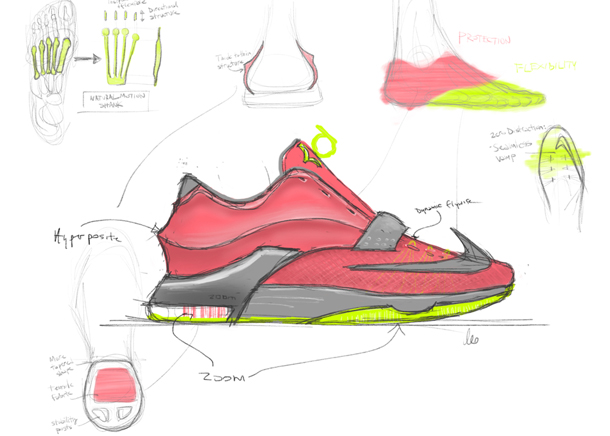