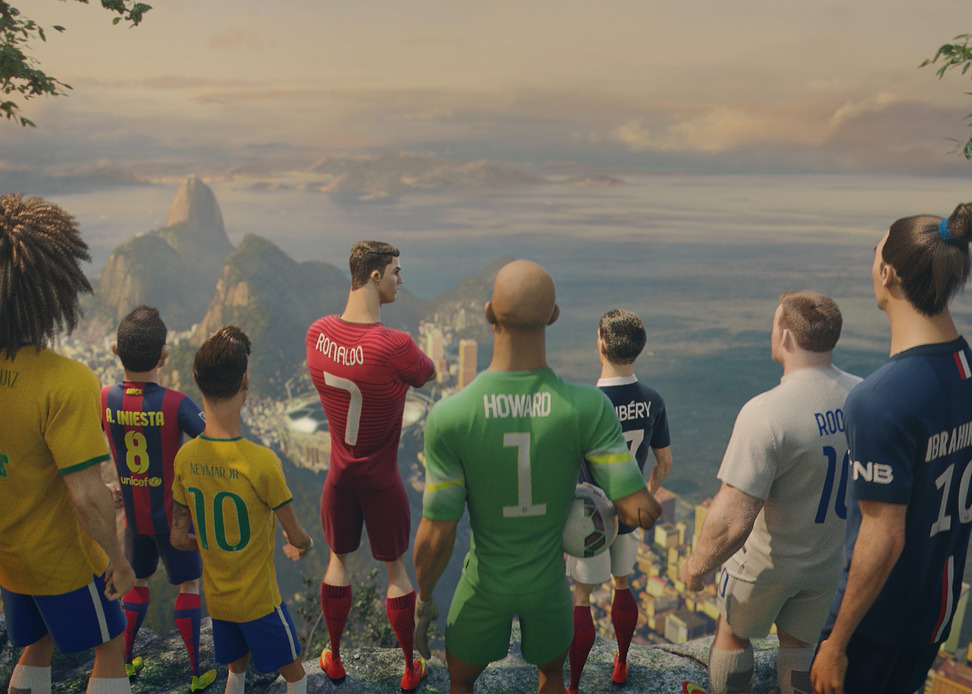 To celebrate the start of the FIFA World Cup 2014 in Brazil, Nike Football (soccer) has released a brand new animated film, cleverly entitled “The Last Game” as part of its #riskeverything campaign. The video was created by Wieden + Kennedy and Passion, over the course of eight months. The five-minute film features some of the world’s greatest football stars: Cristiano Ronaldo, Neymar Jr., Zlatan Ibrahimovic, Wayne Rooney, Ribery, and Iniesta who are on a mission to save football from the hands of a villainous mastermind, The Scientist. Watch below.