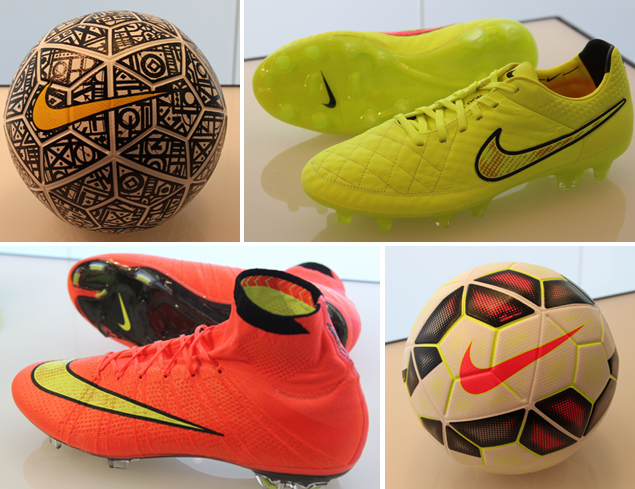 With the official kickoff of the 2014 FIFA World Cup today in Brazil, Nike Football celebrated the launch of their new #RiskEverything campaign. Earlier this week, post Governors Ball, we had the chance to spend the day hanging out with the good folks at Nike in New York. Starting the day off with a sneak peek of the new #RiskEverything Nike Football (we are all making a concerted effort to call soccer, football) animated short film, before getting an up-close and personal look at the entire 2014 Nike Football line.

The collection runs the gambit from the official team kit for ten teams in the tournament to causal wear, cleats, footballs, and everything in between. For many folks, Nike is the brand that straddles both fashion and athletic functionality perfectly. From every aspect, from functional design, to colourway, each piece released from Nike is carefully tested and crafted to be the best, in every way.

This year, Nike introduces the groundbreaking football boots, the Magista and Mercurial Superfly. The designs respond to how the game is changing, with the Magista specifically created for playmakers, and the Mercurial Superfly designed for quick footwork. The jerseys are made using technical fabrication and thermoregulation, designed to keep players dry and comfortable in a climate with temperatures that vary sharply from the north to the south. It took four years to develop this jersey material, which has 56 percent more airflow than previous versions, and is composed of 94 percent recycled polyester and 6 percent cotton, giving it the feel and drape of cotton and the thermoregulatory properties of polyester. They are also now made in a slim-cut fit which reflects how body types have changed as the World’s game has become a faster sport.

In addition to the actual functioning pieces of football gear in the new collection, we also got the chance to take a look through the new Nike Tight of the Moment x Federation Collection which focuses on celebrating the culture of football with four tights inspired by the Brasilian, American, English and French national team kits. The patterns on the tights feature design elements from each team’s kit. Using body-mapping data provided by the Nike Explore Team Sport Research Lab, Nike designers were able to strategically place the patterns to highlight the muscles heating and cooling zones in a flattering fashion. The NTM x Federation Collection will be available in select retailers and on Nike.com starting today, June 12.

This summer in Brasil, Nike will field ten teams on the pitch, more than any other brand. In just twenty years, Nike went from football newcomer to the game’s leading brand.

Check out our photos from Nike headquarters below. 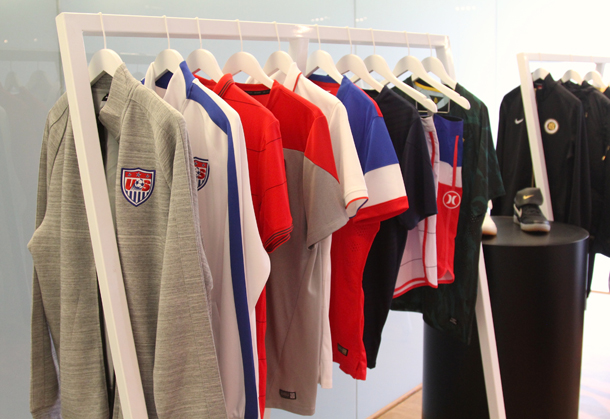 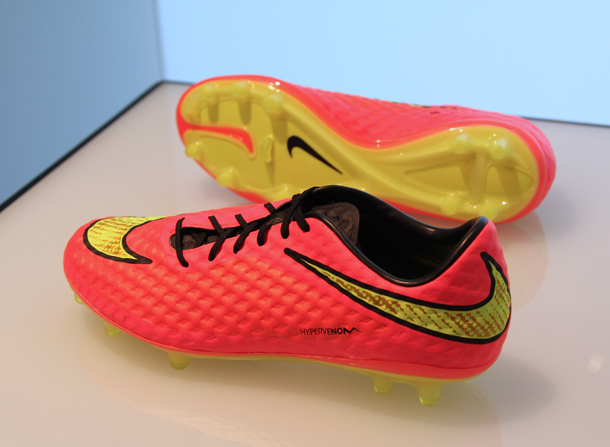 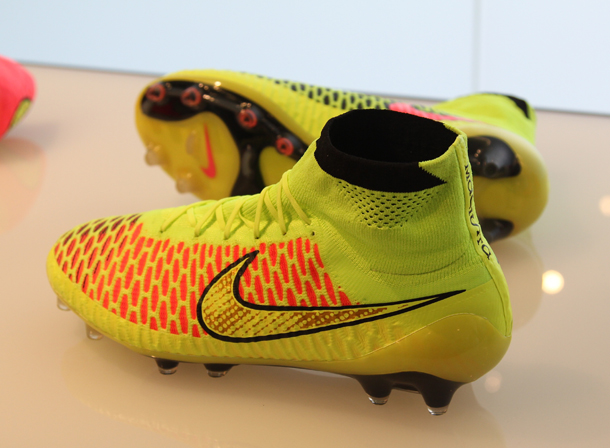 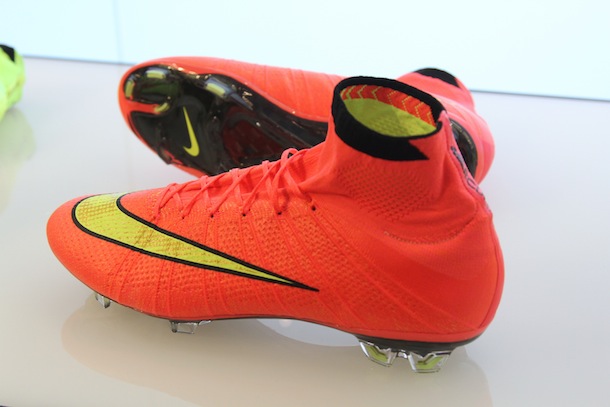 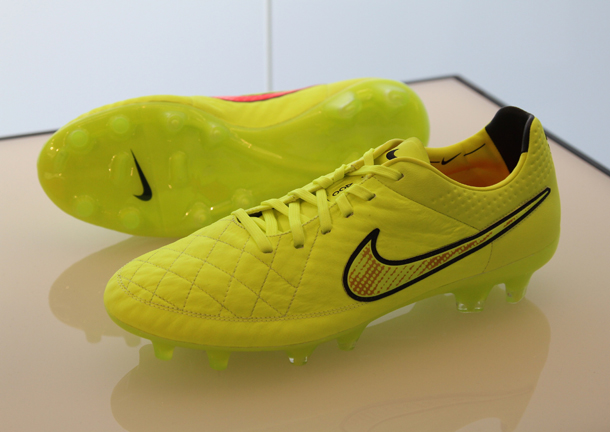 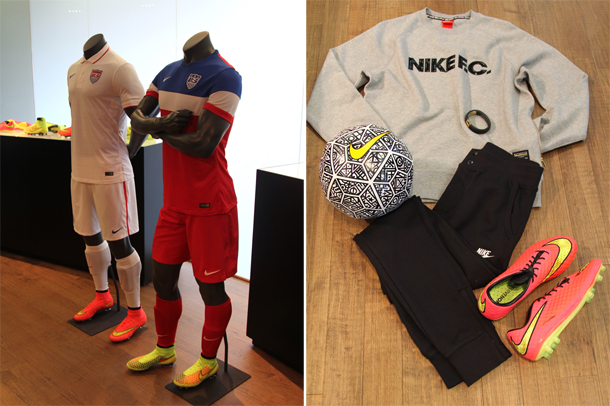 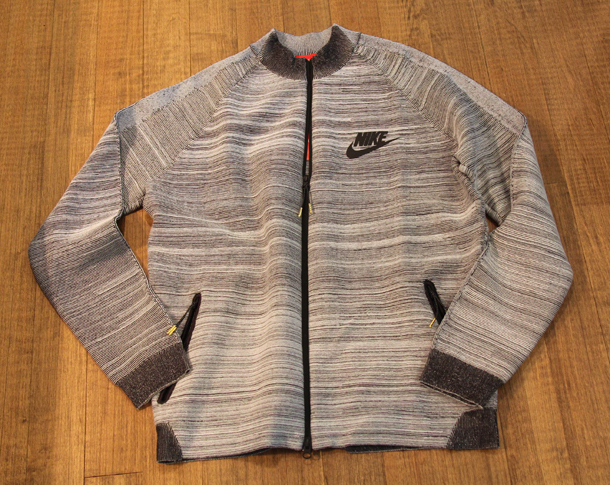 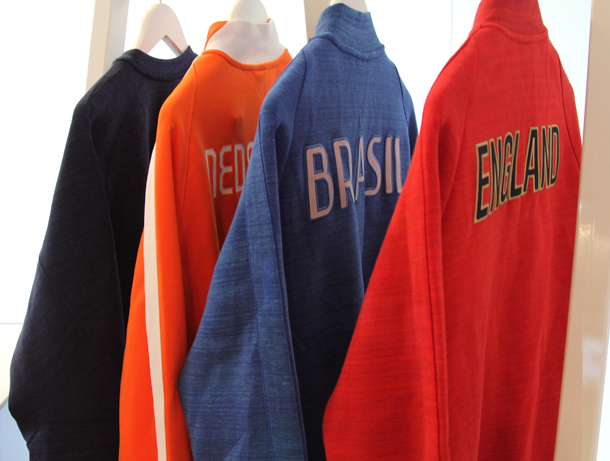 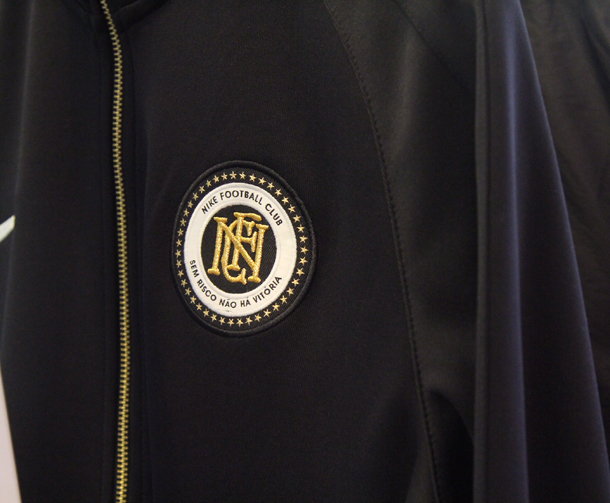 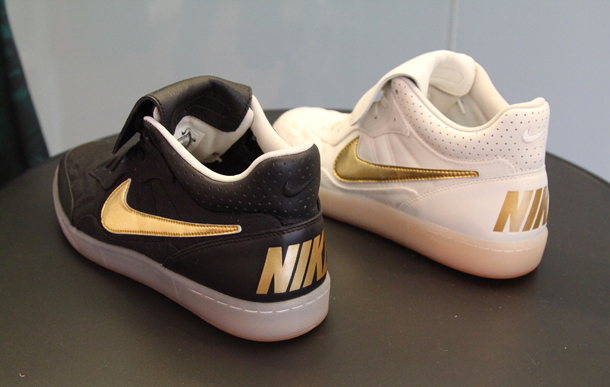 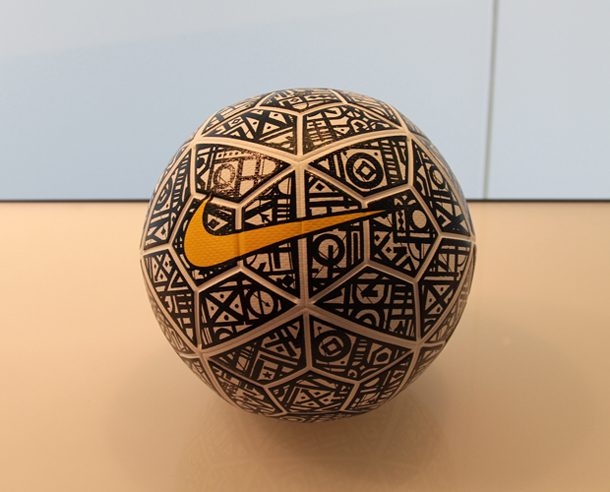 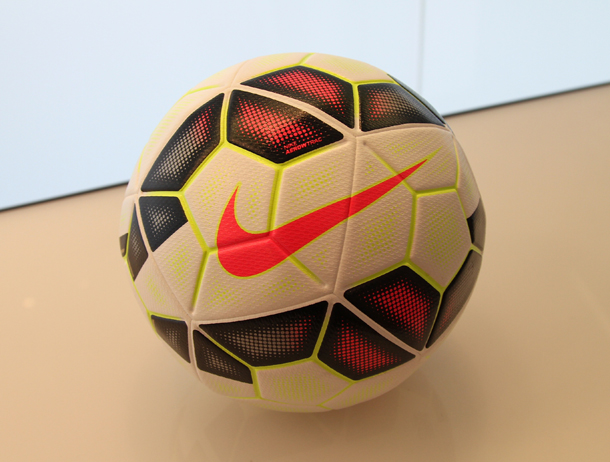 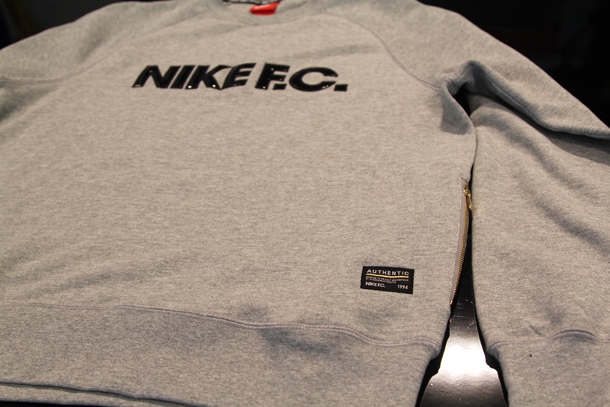 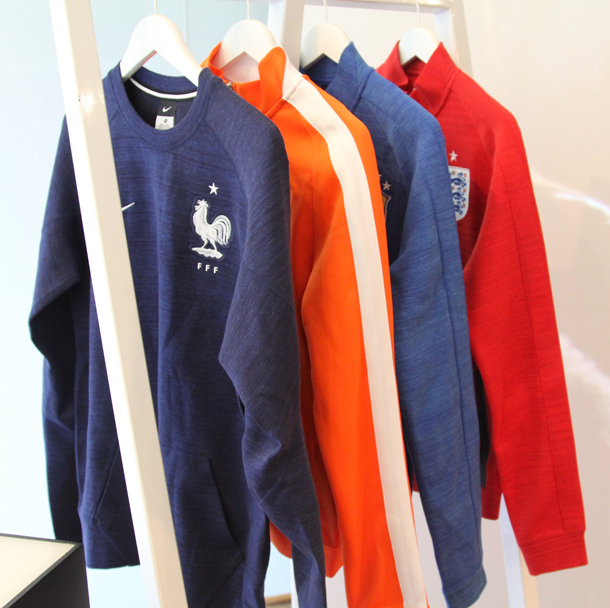 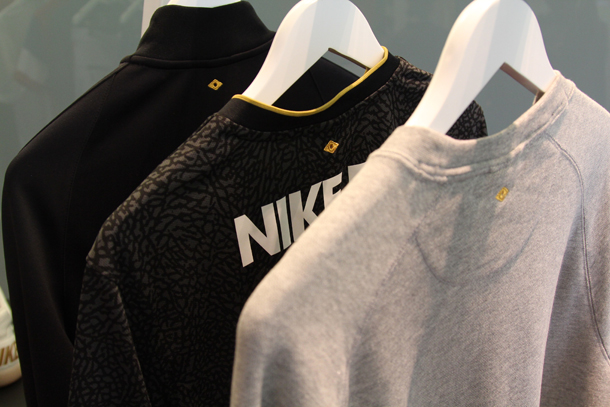