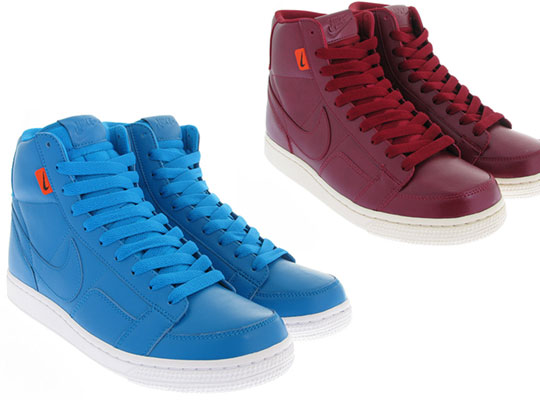 Oh 1981, what a year! One of the best in history and certainly my favourite year. So many grand and wonderful things transpired in that marvelous year, The first IBM PC was introduced, Belize is granted full independence from the United Kingdom, The Pee-Wee Herman Show aired as a special on HBO, and most importantly, I was born. So in honor of the fantastic year that ’81 was, Nike is releasing their rather stellar Dynasty ’81 Hi. The sneaker is part of the Spring/Summer 2010 and comes in the original two vintage colourways that is was released in back in ’81. The sneaker comes with tonal uppers and a subtle orange Nike logo tag on the top of the tongue. Both of these slick as f**k sneakers are available now at Sneakersnstuff.