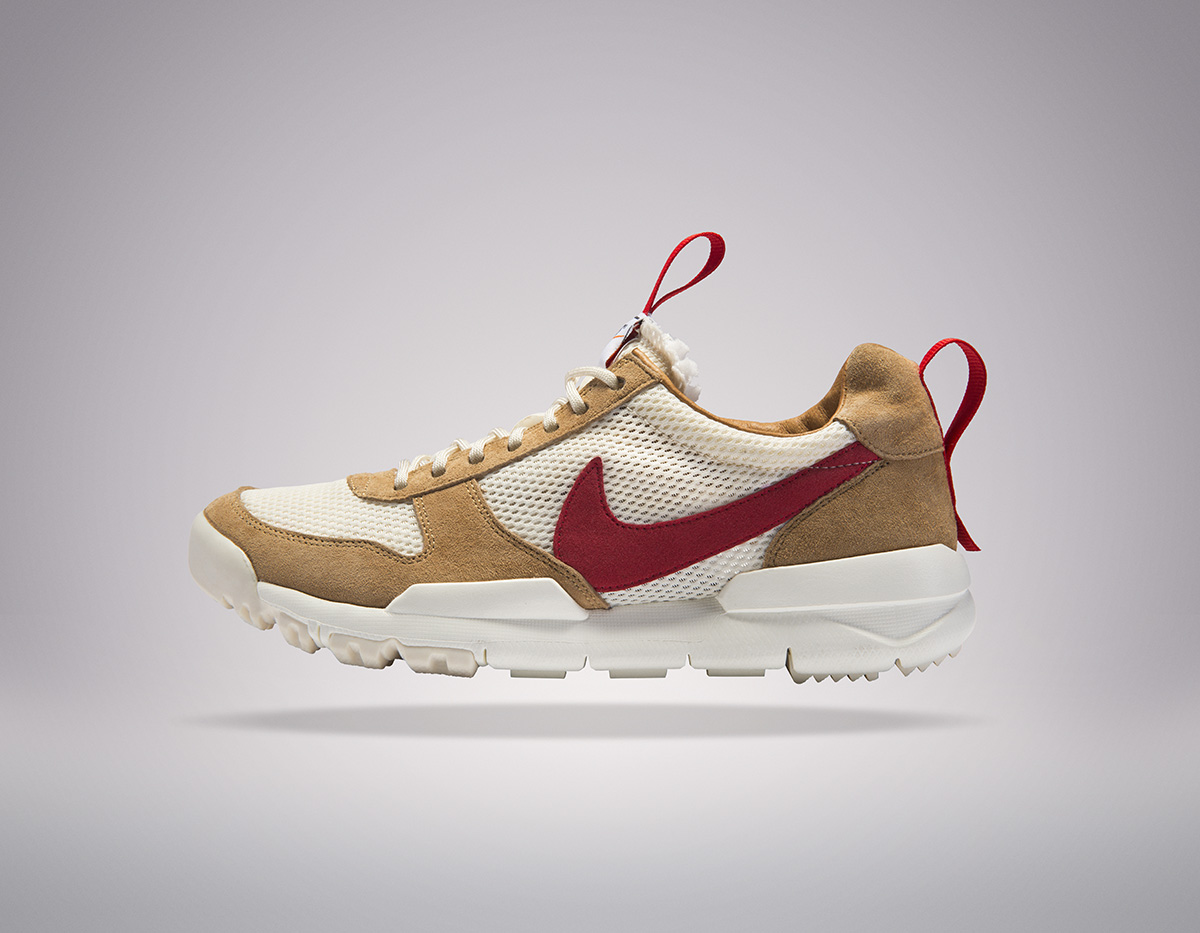 When artist Tom Sachs and Nike collaborated on the original NikeCraft Mars Yard sneaker back in 2012, they became one of the most sought-after shoes of the year and fetched thousands on eBay. Now, the two have reunited to release the Mars Yard 2.0,  and this will be a sneaker drop like you’ve never seen.

In order to have a chance at purchasing the shoes, you must register for the Tom Sachs Space Camp, currently happening in New York City at Governors Island. “Recruits” will have to complete a series of tasks modeled after a day in the life of Sachs at his studio in order to purchase their shoes. These tasks include screening a 40-minute long film and completing Pat Mannochia’s five essential exercises—deadlifts, lunges, chin-ups, push-ups and sit-ups.

The shoes themselves are a reflection of Sachs’ interests in everyday materials that are showcased in their natural state, void of dyes. Of the decision to use such materials Sachs says, “I have always embraced flaws. The natural polyurethane midsole shows wear. The shoe shows evidence of experiences, even the little bits of tongue that may flake off are like forensic breadcrumbs.”

The unorthodox consumer experience may be one of the more extreme ways that Sachs is trying to keep the Mars Yard 2.0 from becoming merely a resellers dream. A message in handwriting font on the box reads: “These shoes are only valid if worn, and worn to death by you. Posers need not apply.” More Space Camp registrations are set to open soon, with London to follow at a later date. The shoes will also release online at some point, but there is rumored to be an aptitude test of some kind involved with online purchases as well.