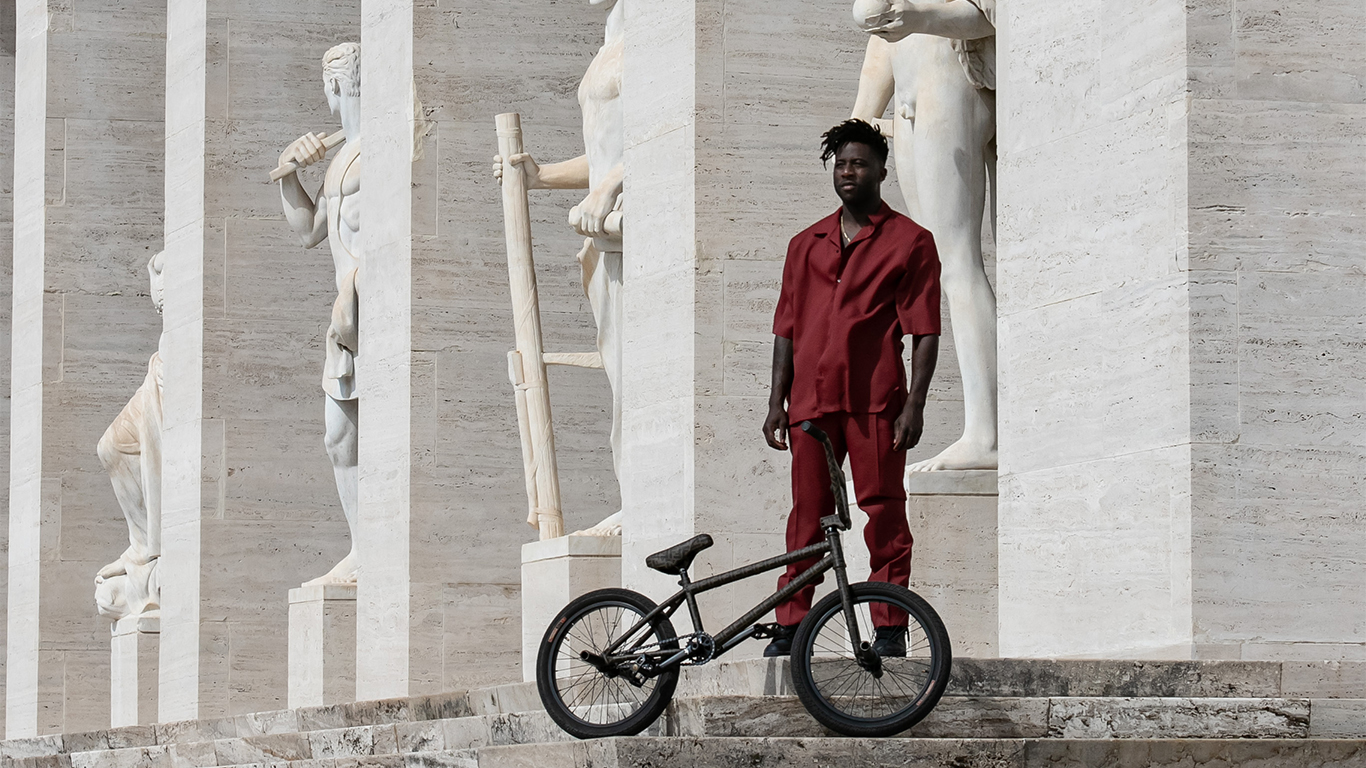 Queens New York native Nigel Sylvester has teamed up with Italian luxury fashion house Fendi. Sylvester who already has his own Jordan 1 sneaker under his belt now enters the world of high fashion with the brands first ever BMX bike. With the frame, handlebars, front fork, and seat covered in the iconic Double F Zucca print leather, originally designed by Fendi’s longtime creative director, the late Karl Lagerfeld, the bike is all sorts of flex.

To show off the new bike, Sylvester flew to Rome ride the one-of-kind bike around and on the roof of Fendi’s headquarters at the Palazzo della Civiltà Italiana. While doing his thing on the bike, Sylvester also rocked pieces from the spring 2019 collection showing that although designer the clothes are also “functional” while pulling 360°s, half cabs, and jumps. Not bad.