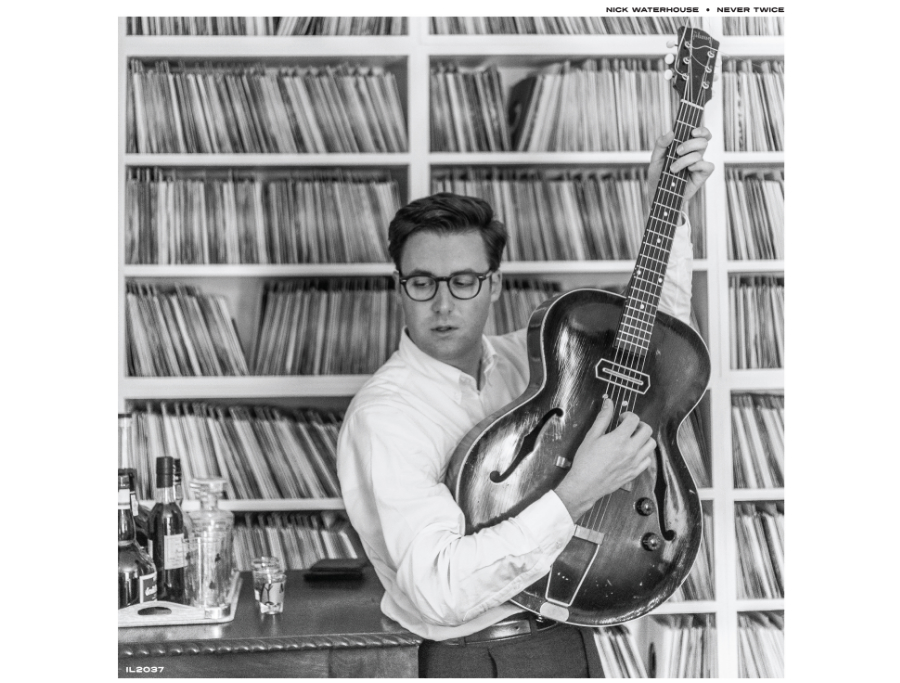 Blues rocker Nick Waterhouse has returned with two new tracks from his forthcoming album Never Twice, and both are catchy as hell.

“Old Place” is a black and white filmed Buddy Holly-esque little number, dipping in and out of dive bars in road stops off Route 66s. Best bit are the hand-claps half way through the track – everyone loves to join in on a good hand-clap.

For his track “Katchi,”Waterhouse linked up with the current crowned king of classic rhythm and blues, Leon Bridges, it was born while the two were getting massages in Forth Worth. Waterhouse said:

“He was laying on the table while I strummed the chords, bare-chested, he shouted out “she give me KATCHI!”… His mother’s old Louisiana Indian term for ‘loving touch’. We rode it out and next thing we know we had a straight cruiser.”

The jam sounds like it’s coming straight out the speakers of a 1957 Chevy Bel Air, packed with the right amount of do-wops and clarinet solos. Listen to “Katchi” featuring Leon Bridges below.

Nick Waterhouse’s new album Never Twice will be out for release via Innovative Lesiure on September 30. View the tracklisting below and catch him on tour this autumn. More dates to be announced.