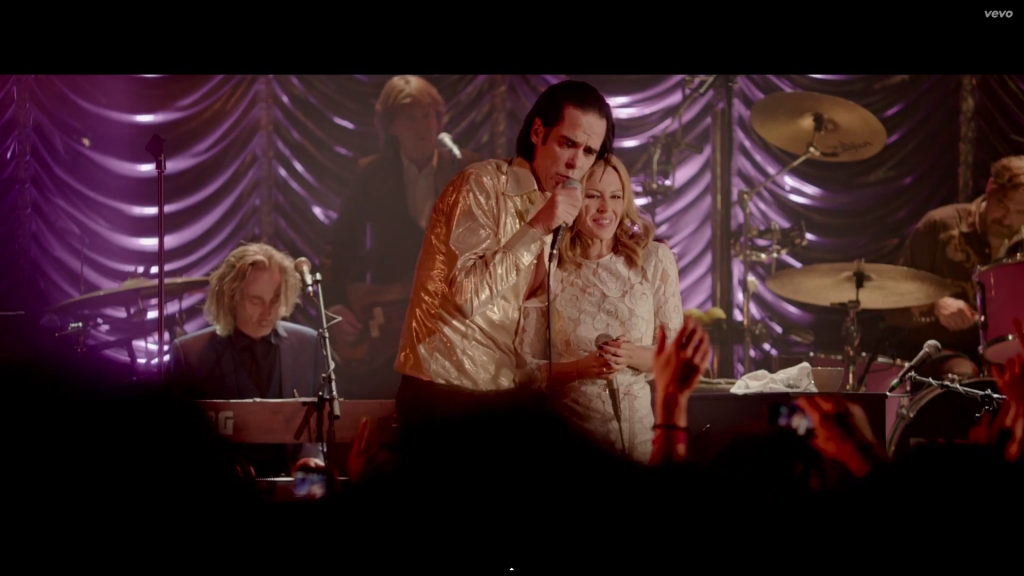 “Where The Wild Roses Grow” was the lead single from Nick Cave & The Bad Seeds’ ninth studio album, Murder Ballads. The band reunited with Kylie Minogue 15 years after its release for a special performance at London’s Koko. All this went down during the filming of Nick Cave’s new film, “20,000 Days on Earth.” It’s quite good and just as moving as it was in 1996.

During the making of our film 20,000 Days on Earth we asked Nick Cave & The Bad Seeds to play an intimate club show at Koko in London, a beautiful old Victorian music hall. We wanted to do something special for the fans, so while we were filming the scenes with Nick and Kylie in Brighton he asked her if she’d like to come and sing their infamous duet. Kylie jumped at the chance, and a few weeks later walked out on stage and performed Where The Wild Roses Grow live with Nick Cave & The Bad Seeds for the first time in 15 years. This moment was such a highlight for everyone who was there that we wanted to share it with everyone. – Iain Forsyth & Jane Pollard

If you’re feeling a bit nostalgic, check out the original video: