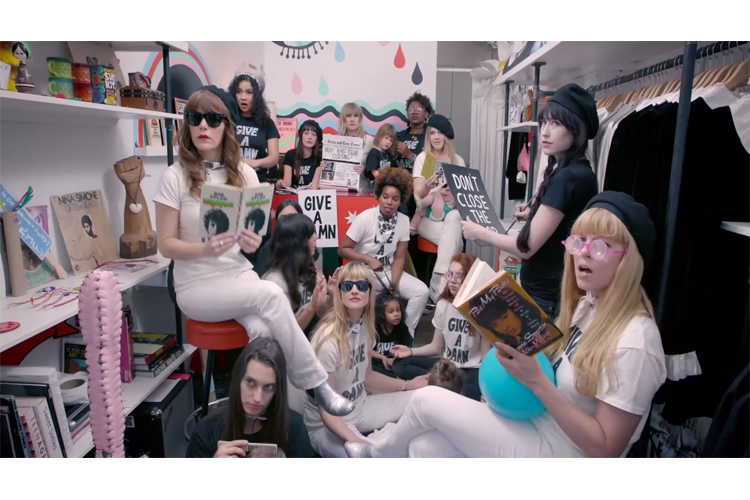 Jenny Lewis (who you may know from Rilo Kiley and/or The Postal Service) has a new sweet band called Nice As Fuck which also features Au Revoir Simone’s Erika Forster, and The Like’s Tennessee Thomas. They released their self-titled debut earlier this summer and just released a video for album cut “Door” featuring Albert Hammond Jr. of The Strokes (duh) & Adam Green of the Moldy Peaches. In the video, Nice As Fuck play a fundraiser for the Deep End Club, a boutique & community space in the East Village which is shutting down IRL this weekend. As the band told Noisey…

Here’s the video for “Door” filmed in the Deep End Club, where the songs were written, surrounded by members of our activated community. The Deep End Club closes its “Door” this weekend after three years, but it’s [sic] message of Peace & Love will continue on in many forms.

Watch the video for “Door” above.

Nice As Fuck is out now via Loves Way, grab a digital copy via iTunes here or the vinyl here.