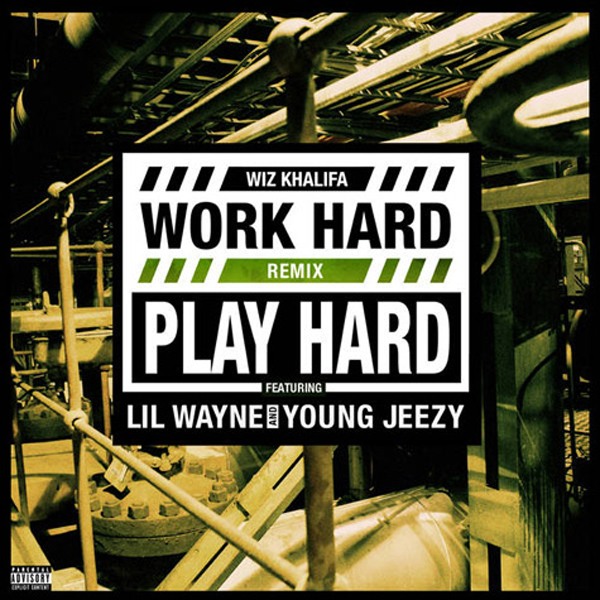 Wiz Khalifa has dropped the official remix to his single “Work Hard Play Hard” and has recruited some heavyweights for the feature such as Lil Wayne and Young Jeezy. As always Jeezy drops a hard verse in the opening setting the mood for the track, while Weezy makes sure we all know that he is hard as funk… at skateboarding. The beat was produced by Stargate and Benny Blanco and is a suitable track for a remix.

In other Wiz news, the Pittsburgh MC’s second major label album O.N.I.F.C. is set to drop September 18 and will feature beats by Pharrell, Jim Jonsin, Pop Wansel, Sledgren, Cardo, and Germ. Not bad. Listen to the “Word Hard Play Hard” remix below.