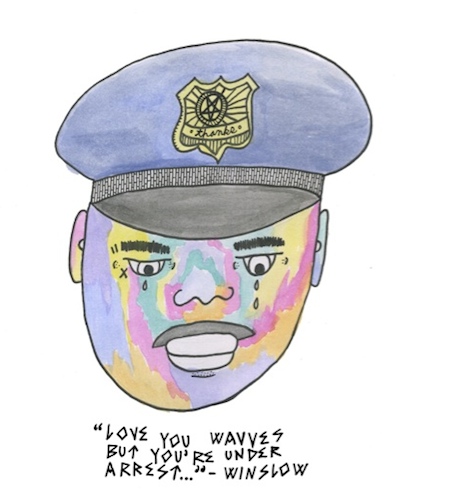 With their live show still fresh in our minds from only a few weeks back, San Francisco rockers Wavves have released a new track rumoured to be the first of a few solo tracks by frontman Nathan Williams and is set to eventually end up on a 7″ single.

“TV Luv Song” is a track about watching television all day, wasting time and not caring a wink about it, a feeling I’m sure we’ve all had at one time or another. The album art by Robert Wolfe is pretty neat as well and obviously relates to Williams well publicized drug laden past. Check out the new track below and watch out for the 7″ which will see light soon enough.