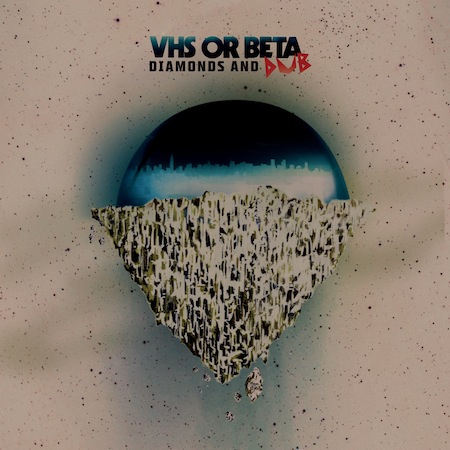 VHS Or Beta are back with a follow up to their 2011 release Diamonds & Death with producer engineer duo Jacques Renault and Mark Verbos to put a dub spin on their last album. Out now, Diamonds & Dub features seven dub versions of the original nine tracks on the album and you can hear the title track “Diamonds & Dub” below.

But don’t expect hardcore dub step on this album, as VHS duo Mark Palgy and Jacques Renault explain, “the idea of dub versions began in the late 70s and early 80s. Artists began seeking extended 12 inch mixes of their songs to be played in nightclubs. And usually one side of the 12 inch had a ‘dub version’ which was a little less vocal and usually a bit spacier due to echoes made from spring reverbs and cool studio effects. So rather than get people to do more traditional remixes as we know them today — we decided this time around to try something that hasn’t been done in a little while.”