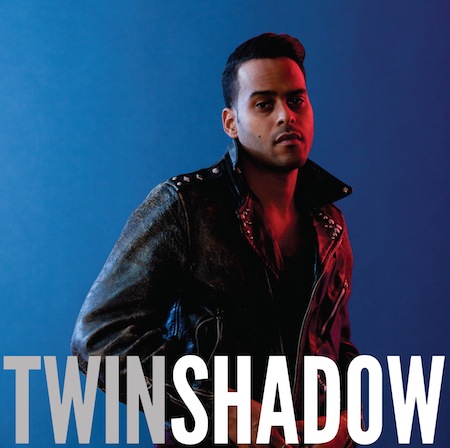 Yesterday morning we woke up to a message from George Lewis Jr. of Twin Shadow with much anticipated news of a sparkly new album called Confess dropping on July 10th via 4AD as well as the first single called “Five Seconds” available for free download below.

Read a few words from George Lewis Jr. below along with the track list and free download.

A few words from George:

One winter I crashed my motorcycle, with a friend on the back. I shouldn’t have been riding that day, but I was young and fearless of the black roads, fast and easy in my ways. As the bike slipped from under us my head filled with words. The slow motion moments of calm just after surprise and just before regret are bliss. I remember in that moment I wanted to say everything to him. How could I say everything in a split second? How could I bury my words in his heart?

I got a new bike and went to LA to record what is now my forthcoming album called Confess, which 4AD will release in July. I took the bike out at 6AM one morning after not having done much riding in the couple years between Forget and Confess. I noticed my head clearing as I came slowly down a hill where the road around a reservoir began. I pulled back slowly on the throttle with my right hand, and felt the bike start to come to life. My head was still crystal clear…nothing. As I kicked the bike into 3rd, I pulled almost all the way back and jumped forward leaning in towards the gas tank, fighting the wind. I got up to 75 and saw that no one was out but the runners and their four legged friends, the side walks became a blur of barking dogs and heads all turning. My mind was empty. I put the bike in 4th and hit 90. The engine jack hammered under my legs. My mind was clear. I inched toward 100 on the speedometer and punch the last five. TON UP! My mind is filled with words. My heart is full of love. This is where I want to be. I want to stay here, and I want to Confess everything to you.