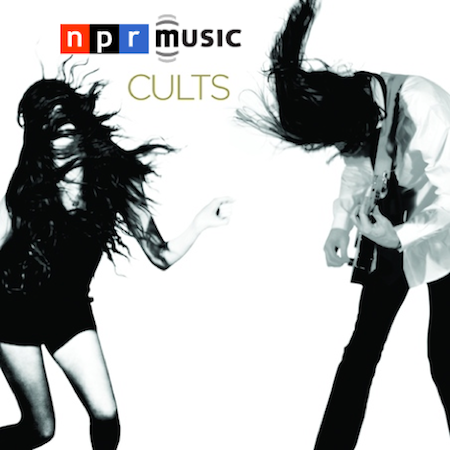 We saw New York-based band Cults play their debut album last month in Toronto and then later again at Coachella and we’ve been simply dying to hear the mastered version of the album. The day has arrived thanks to the good folks at NPR who are currently streaming the album which isn’t set to officially drop until next month.

Click here to stream the self titled debut album on NPR and check out the album details here. They also recently stopped off to do an interview with Dirty Laundry TV and talked about some cute stuff, so go watch that as well.