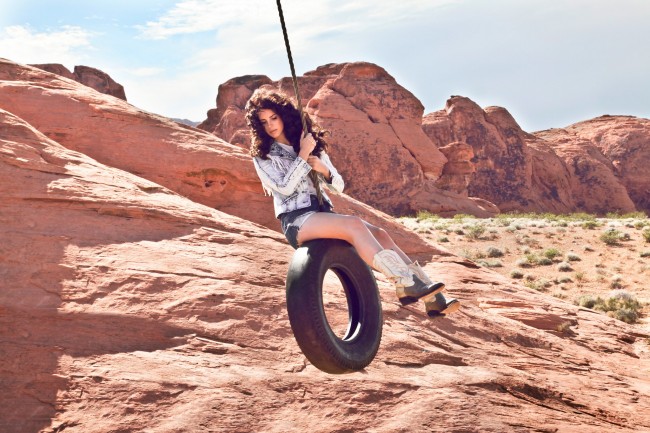 Lana Del Rey released news of The Paradise Edition, a re-issue of her debut Born To Die plus a bonus second album with eight new track , yesterday and now the first single “Ride” has hit the internet along with this Daisy Duke-esque cover art.

The track is produced by Rich Rubin and reveals a more emotional side of Lana than we’ve seen on her debut already. Give “Ride” a listen below and snag The Paradise Edition on November 13th via Interscope/Polydor.