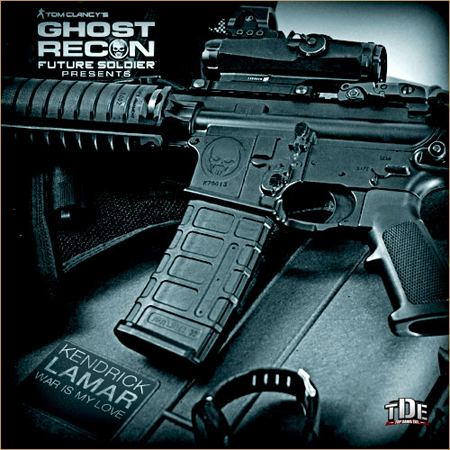 Kendrick Lamar is back with a brand new track titled “War Is My Love,” and will appear in Tom Clancy’s Ghost Recon: Future Soldier. The new Ghost Recon is out on PlayStation 3 and Xbox 360 today and will hit PCs in June. Speaking of coming soon, Kendrick Lamar’s debut full-length, Good Kid in a Mad City, is set to drop later this year. Listen to “War is My Love” below.