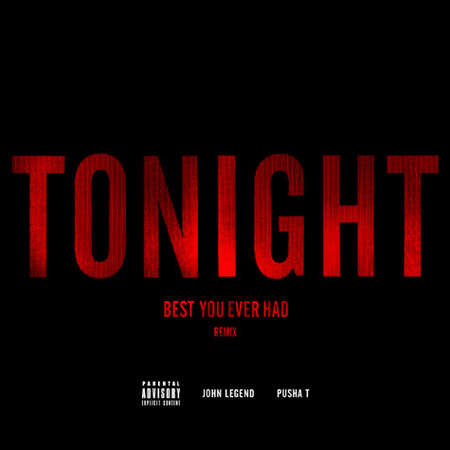 Pusha T jumps on John Legend’s “Tonight (Best You Ever Had)” to give it a little G.O.O.D. Music remix. The remix isn’t really unexpected as both artists are on the same label and both are working on solo and group releases. According to Legends Soundcloud account this track comes from the Think Like A Man movie soundtrack. He also let it slip that he has been working on other material with Pusha which will probably appear on his upcoming new album Love in the Future, with the first single due in September, and a North American tour set for the fall. Not bad. Listen below.