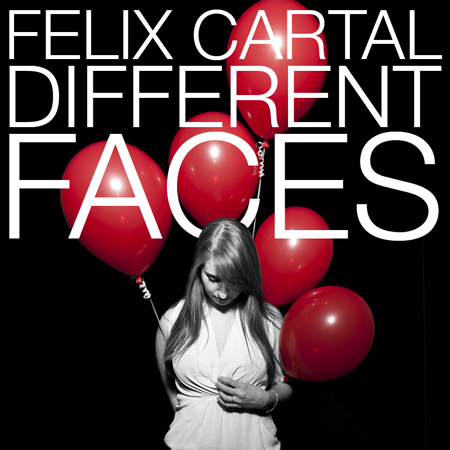 Dim Mak veteran crew Felix Cartal are set to drop a 10-track full-length album on March 27th titled Different Faces. The first major single from the album is a collaboration with Death From Above 1979 singer/drummer Sebastien Grainger titled “H.U.N.T.”.

A couple of months ago when we were flying back from New York we were on the same flight as Grainger, perhaps that was why he was in the Big Apple, he did have his guitar case with him. Yeah, probably not. “H.U.N.T.” does a great job of mixing the sounds of veteran electro producer with the matured vocal talents of Grainger. I suspect we will be hearing this track A LOT this summer. It’s not a bad thing. Here’s what Felix had to say:

The first track on the record, features an extremely powerful vocal by Sebastien Grainger. I have always been a huge fan of Death From Above 1979 so to be able to work with Sebastien was amazing. Really wanted to embody some overdriven bass that I know compliments his voice so well. H.U.N.T. isn’t an abbreviation, it’s just spelling out the word HUNT with emphasis. Dance pop catchiness meets punk rock cool.

Listen to the “H.U.N.T.” below and remember that Different Faces drops March 27th.