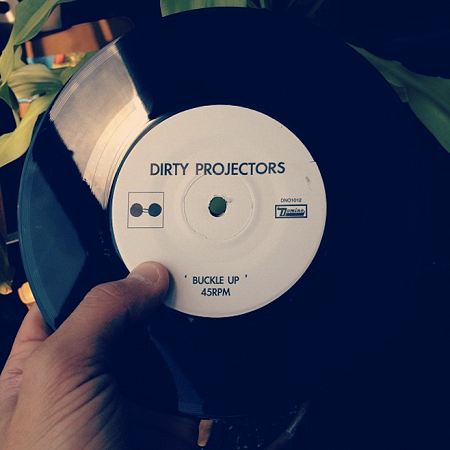 Dirty Projectors are hot on the trail after releasing Swing Lo Magellan earlier this month and have dropped yet another new song, not featured on the album called “Buckle Up”.

It will be limited to one thousand copies and available to those first in line to use a twitter password released hours before each show. Free merch! We Like!

For those who’ve already seen them live who won’t get a chance to win the record, you can hear it below.