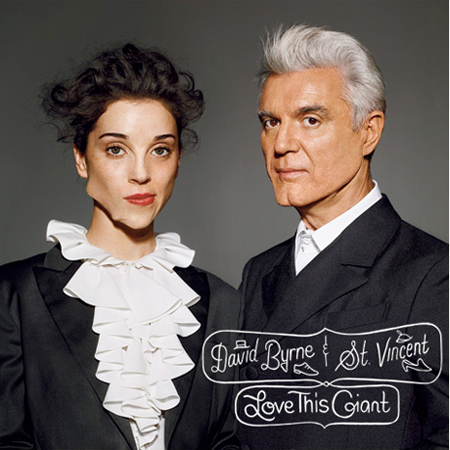 Former Talking Heads frontman and musical genius David Byrne and Annie Clark aka St. Vincent have released a bunch of info about their upcoming collaborative album. The album is titled Love This Giant and will dropp September 11 via 4AD/Todo Mundo. The duo has also released their first track, “Who,” which you can grab below in exchange for your email address. The album will feature twelve songs, ten of which were written collaboratively, with vocal duty being split between the two musicians.  The other two tracks are song that each artist composed individually. In addition to all this, they have also announced that they will be hitting the road with a North American tour. Check to see if your city is listed below. Cool.