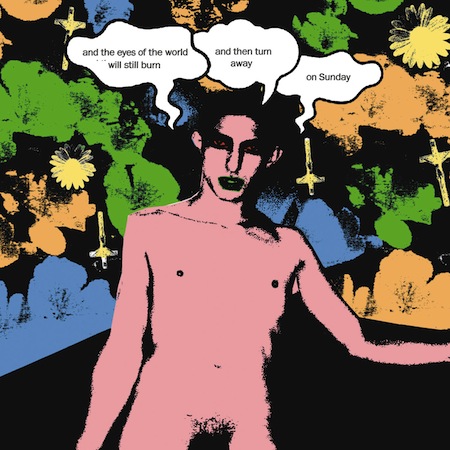 San Diego’s Crocodiles have announced a brand new record is coming our way this June via Souterrain Transmissions called Endless Flowers and they’ve already gone ahead and dropped the first track (single art above).

“Sunday (Psychic Conversation #9)” will also appear on a forthcoming b-side with a cover of The Kids’ “Fascist Cops”, out in a limited edition 7″ set to drop March 26th. They’ll also play a couple of album release parties in Berlin, Amsterdam, Paris, and London in the coming months.

Listen to the first tune “Sunday (Psychic Conversation #9)” below and download it for free.