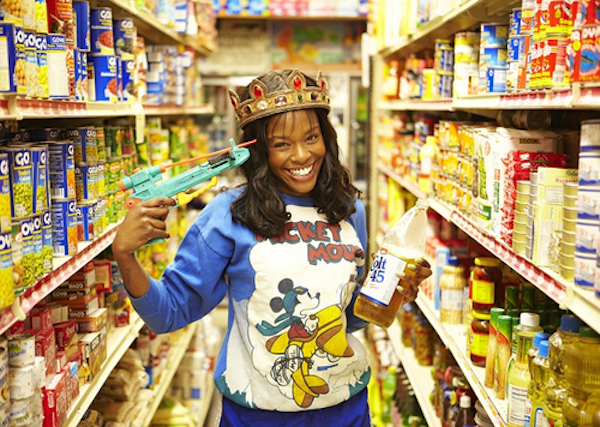 Potty mouthed Azealia Banks has been confirmed for Coachella this year which makes her one of the most buzzed artists this year so far. Though no official statement or line up has been made to confirm or deny this, it’s safe to say any artists Coachella references on their facebook page will no doubt be playing the festival.

Check out Banks’ new (ish) track “Liquorice” below and a recent tweet wherein she mouths off at Kreayshawn on twitter.

@KREAYSHAWN you’re a dumb bitch. And you can’t rap. I’ll sit on your face. … Fall back slut.