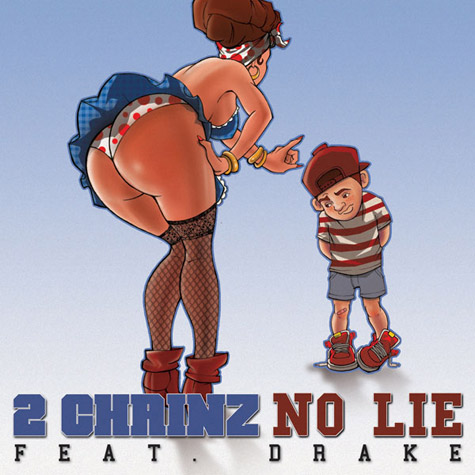 The hip hop man of the hour, 2 Chainz is back with his first official single “No Lie” featuring Drake, off of his upcoming Based on a T.R.U. Story album. With significant features on Kanye West and Nicki Minaj singles, and rumors flying around that he is  signing to G.O.O.D. Music, 2 Chainz can pretty much do whatever he wants. The funny thing is, I don’t really think he is “next level,” but hey, what do I know, he’s the one with the record deal. Listen to “No Lie” below.