Netflix Cancels ‘The Get Down’ 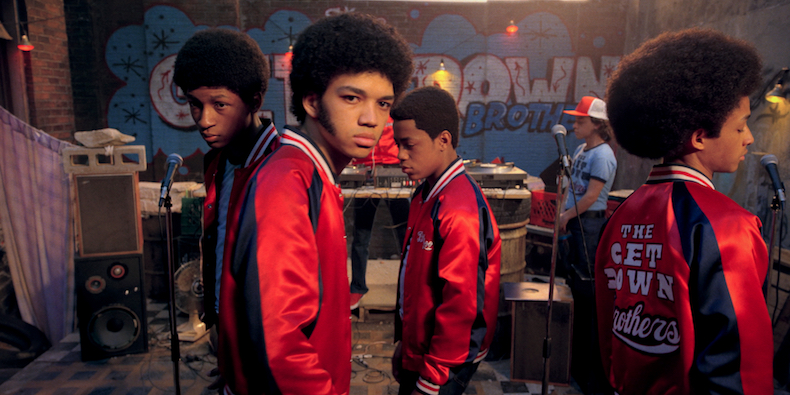 Baz Lurhmann’s blockbuster drama on the origins of hip-hop and height of disco The Get Down has been canceled by Netflix after one season.

The Get Down premiered in August 2016, weeks after Netflix’s runaway sci-fi series Stranger Things, and only drew in 3.2 million viewers in its first month of release. While Stranger Things continued to coast along with rave reviews and critical acclaim, The Get Down limped along in its shadow and failed to reach a wider audience.

Lurhmann took to his Facebook page to reveal he did not have enough time to properly devote to the series and will be focusing on creating feature films again:

“When I was asked to come to the centre of The Get Down to help realise it, I had to defer a film directing commitment for at least two years. This exclusivity has understandably become a sticking point for Netflix and Sony, who have been tremendous partners and supporters of the show. It kills me that I can’t split myself into two and make myself available to both productions

“But the simple truth is, I make movies. And the thing with movies is, that when you direct them, there can be nothing else in your life. Since The Get Down stopped, I have actually been spending the last few months preparing my new cinematic work…”

With the legendary film director Lurhmann at the helm to realize the show, you know to spare no expense to make sure his vision come true. With that, the show quickly devolved into a production nightmare. In its two-and-a-half-years development, the show burned through two show runners, several writers, and ultimately racked up a $120 million price tag. Each episode went over the $7.5 million budget and left The Get Down as the most expensive Netflix production ever.

The series provided break out roles for Shameik Moore and Justice Smith along side Jaden Smith, and had a killer soundtrack that included Nas, Miguel, Christina Aguilera, Nile Rodgers, and the father of hip-hop Grandmaster Flash.